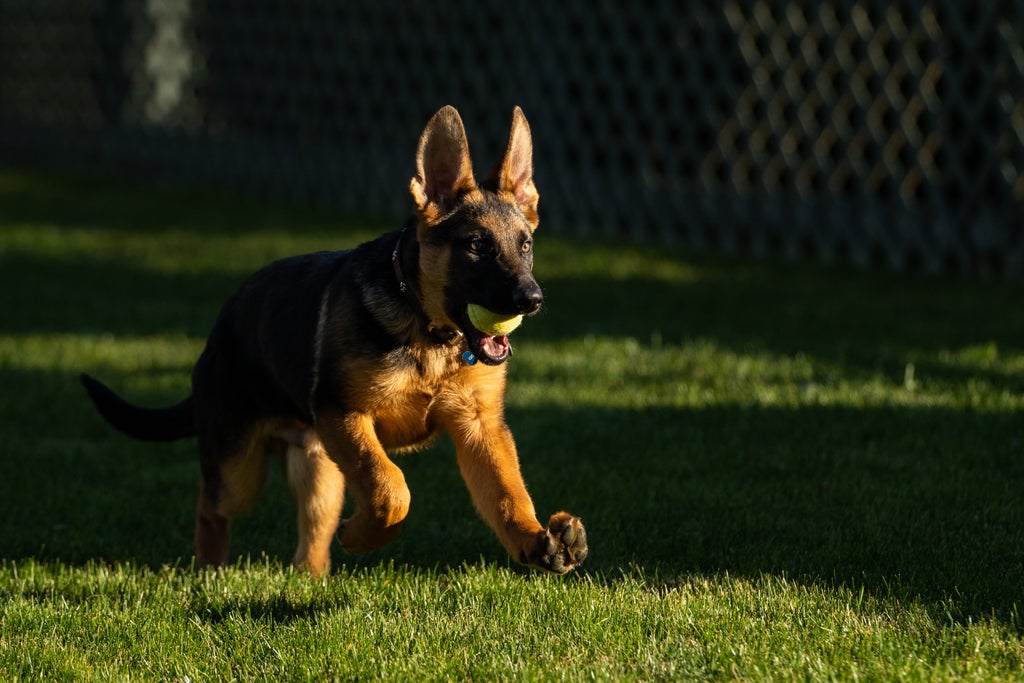 President Joe Biden has responded to recent setbacks to his domestic programme by adding a new senior adviser to shepherd his domestic agenda through Congress.

His name is Commander, and sources say he is a very good boy.

Commander, a German Shepherd puppy, is the third of his breed to serve in a senior advisory role to Mr Biden since he assumed the presidency on 20 January.

He will fill the staff vacancy created by the death of Champ Biden, Mr Biden’s previous senior adviser for Canine-American affairs.

Champ, a veteran of the Obama administration, passed away at age 13 this past summer, after many years of service to his country in the roles of senior adviser and best friend to Mr Biden.

In a 19 June statement announcing his passing, Mr Biden and First Lady Jill Biden called him “our constant, cherished companion”.

“In our most joyful moments and in our most grief-stricken days, he was there with us, sensitive to our every unspoken feeling and emotion. We love our sweet, good boy and will miss him always,” she said.

Mr Biden has also enjoyed the counsel of another German Shepherd, Major Biden, who was brought on as a special assistant to Champ in late 2018 as the then-former Vice President was contemplating entering the 2020 presidential race.

While Major was considered a valuable asset to the campaign and appeared as a surrogate in several campaign advertisements, his transition from the campaign trail to the White House has been, at times, “ruff”.

In March, he was reportedly reassigned to guard duties at Mr Biden’s Delaware home after clashing with members of Mr Biden’s protective detail.

The White House did not immediately respond to a request from The Independent regarding Major’s current duties and whereabouts. But the first lady’s press secretary, Michael LaRosa, told CNN that the Biden’s had, after “several months of deliberation “ chosen to heed the counsel of “dog trainers, animal behaviorists, and veterinarians” who advised them that Major would be “safest” in “a quiet environment with family friends”.