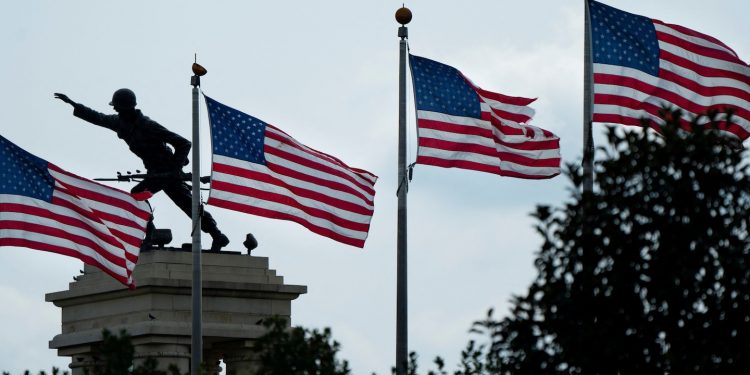 The panel established by Congress to identify new names for nine Army installations honoring Confederate military officers presented its recommendations Tuesday, bringing the Defense Department one step closer to stripping the rebel monikers from some of its most prominent bases.

The nine installations, all built during the first half of the 20th century, are located in former Confederate states and often were named with input from regional leaders and groups who sympathized with the rebel cause.

The names recommended by the commission include, for the first time, women and other minorities, a striking departure from the decades-long practice of naming military installations for White men. The recommendations must still be submitted to Congress, where some Republicans remain opposed to renaming the bases, as part of a formal report before they can be approved by Defense Secretary Lloyd Austin.

From Opinions: What to rename the Army bases that honor Confederate soldiers

Efforts to rename the bases intensified in 2020 following the murder of George Floyd, which reignited a fierce debate over the nation’s identity and its history of racism. The commission was established in January 2021, as part of the annual defense authorization bill, which required the names to be changed within three years.

“Every name either originated from or resonated with the local communities,” Ty Seidule, a retired one-star Army general who serves as the naming commission’s vice chair, said Tuesday during a phone call with media to announce the list. The panel received more than 34,000 suggestions from the public, Seidule said, from which they selected a shortlist of 3,670 that was then narrowed to fewer than 100 earlier this year.

The panel, composed of former military leaders, recommended that Fort Hood in Texas, honoring Confederate Gen. John Bell Hood, be renamed Fort Cavazos for Richard Cavazos, the Army’s first Hispanic brigadier general and a Texas native who later commanded III Corps, which is based there.

Fort Lee in Virginia, named for Robert E. Lee, leader of the Confederate Army, would be renamed Fort Gregg-Adams, after two Black Army officers who broke through racial barriers in the service. When first stationed at Fort Lee, Arthur J. Gregg, who enlisted in the 1940s and rose to become a three-star general and the highest-ranking Black person in the military, wasn’t even allowed in the all-White officers’ club. It eventually became the site of his retirement ceremony. Charity Adams, meanwhile, was the first African American woman to become an officer in the Women’s Auxiliary Corps and commanded a postal battalion overseas during World War II.

William Henry Johnson, a Black Army sergeant posthumously recognized with a Medal of Honor, the nation’s highest combat valor award, for battlefield exploits during World War I would become the new namesake of Fort Polk in Louisiana.

Fort A.P. Hill in Virginia, also named after a Confederate officer, could become Fort Walker after Mary Edwards Walker, a surgeon during the Civil War and the only woman to receive the Medal of Honor. She served on battlefields in the commonwealth and was later imprisoned in Richmond during the war.

The commission also took opportunities to recognize military spouses, recommending that Fort Benning in Georgia, named for an enslaver and Confederate general, to be renamed Fort Moore for Hal Moore and his wife, Julia. Hal Moore received the Distinguished Service Cross for valorous action in Vietnam and later co-wrote the book “We Were Soldiers Once … And Young.” Julia Moore played an instrumental role in changing the way the Army notified families of soldiers killed in combat.

Rep. Adam Smith (D-Wash.), chairman of the House Armed Services Committee, issued a statement Tuesday heralding the list as a “significant milestone” and a “first step in addressing Confederate symbolism in the U.S. military.”

Rep. Anthony G. Brown (D-Md.), an Army veteran who campaigned fiercely for the changes, struck a similar note of optimism.

“I learned to fly helicopters at Fort Rucker. I deployed to Iraq from Fort Bragg, and I earned my jump wings at Fort Benning. All these bases honored men who wouldn’t want me or other Black Americans serving in uniform, let alone in Congress,” he said. “This is about more than names and symbolism; who our military chooses to honor sets a path forward for other necessary reforms to make our armed services more inclusive, diverse and just.”

Not every proposed name elevates the stories of individual service members whose heroism has long lingered in relative obscurity. Dwight D. Eisenhower, a celebrated general during World War II and the 34th U.S. president, was the commission’s pick to inherit Fort Gordon in Georgia, near the Augusta National Golf Club where he played. And for Fort Bragg in North Carolina, the commission selected “Liberty” to be the new name.

Overall, of the nine bases for which the commission suggested new names, three were proposed to be dedicated to women, in whole or in part, two to Black Americans, one to a Hispanic American and one to a soldier of Native American descent. Three were recommended to honor White men, and one — Liberty — a concept.

“Do I think people will disagree by some of our conclusions? I don’t doubt that at all,” Seidule said. He defended the choices, though, saying, “We listened carefully to the communities in every case and certainly in the case of our recommendation of Fort Liberty.”

Seidule said the commission relied on the post commander at each base to convene a “broad representation” of local stakeholders, including “leaders of faith, those soldiers on post, leaders on post” to weigh in with their opinions. When asked, he said women and minorities were represented at each gathering.

“We sought names that would inspire the nation,” Seidule said. “We are a diverse group that are coming up with these names and we did it unanimously.”

Austin issued an statement of thanks to the commission for its work thus far. “Today’s announcement highlights the commission’s efforts to propose nine new installation names that reflect the courage, values, sacrifices, and diversity of our military men and women,” he said. “ … I look forward to seeing their complete report later this year.”

The other proposed names nod to troops whose heritage has gone overlooked.

Fort Rucker in Alabama, the home of Army aviation, would be named after Michael Novosel Sr., a pilot who volunteered in his 40s to fight in Vietnam after serving in World War II and Korea. He later rescued his son from a helicopter that had been shot down, who in turn saved his father in a separate incident a week later. The selection of Novosel, a Medal of Honor recipient, was meant to recognize “generational service, a common trend in the modern military,” the commission wrote.

Fort Pickett in Virginia would be renamed for Van Barfoot, a Choctaw Indian from Mississippi whose gallantry in World War II became legend. Barfoot, as part of an assault on German positions in Italy, broke off alone under heavy fire to assault three machine-gun nests, killing and capturing several enemies. Later in the day, again alone, he used a bazooka to destroy a tank before escorting two wounded soldiers nearly a mile to medical care. He, too, received the Medal of Honor.

The commission also was tasked with identifying other military assets with Confederate ties, including street and building names, to consider for renaming as well. It found more than 750 items across military installations.