Bastille interview: Dan Smith on being a Leeds student, The Wardrobe gig and new album Give Me The Future 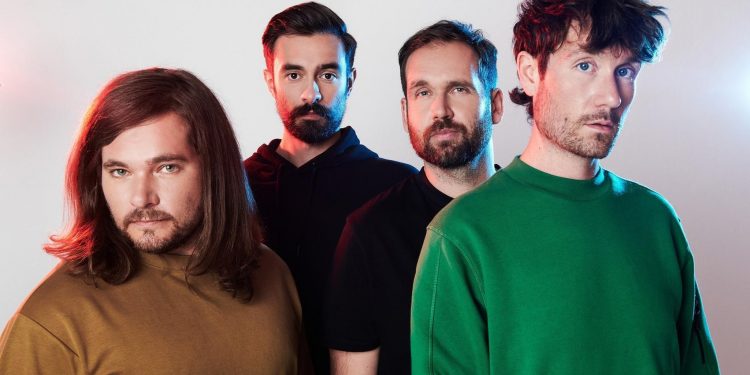 While studying a degree in English Language and Literature and writing for a student newspaper, he was secretly crafting songs on a laptop in his bedroom.

As Bastille release their fourth album, Give Me The Future, Dan said his journey into music began with Leeds City Council’s Bright Young Things competition in 2007 – and a push from his friends.

“I have Leeds to thank entirely for my music career,” Dan, 35, told the Yorkshire Evening Post.

“The council picked about 10 artists a year and would support them by giving each act a studio to record all of their tracks properly, and we had a photoshoot and an interview.

“We were put on a bill at a ‘proper venue’ and had 50 tickets to sell.

“For me, as someone who had never even envisaged being in a band and never done a gig before, it pushed me to figure out how to play my songs live.

“That was challenging as the music I was making at the time, and still do, is quite DIY, homemade and involves lots of layering.

“I had to figure out how to do that very quickly and I was a nervous wreck.”

Yard Act interview: Meet the Leeds rock band tipped as one to watch in the BBC S…

Dan was selected as a finalist for the competition and performed his first gig at The Faversham, one of his favourite venues in the city.

To celebrate the release of Give Me The Future, Bastille have embarked on a UK tour – stopping at The Wardrobe in Leeds on Tuesday

He also pulled pints at the University’s Refectory venue, which welcomed in tours from some of the biggest artists of the time.

“It was awesome, as a music fan,” Dan added.

“I remember seeing an artist using a loop pedal and that inspired me to get one and figure out how to use it.

“I was so nervous, but getting to play at a venue like The Faversham and see people’s reactions was huge.

“Being on stage isn’t the most natural place for me, but so many of the friends that I made were in bands and they encouraged me to start playing shows.

Dan, who grew up in London, said living in Leeds was a welcome change from the Capital; he enjoyed getting the bus out to Ilkley and spending his summers in Woodhouse Moor.

He added: “Leeds a rich and diverse cultural hub with loads to do, so many venues, bars and open mic nights to support new, young musicians.

“It was great to be in a city that had so much going on but was also really walkable and compact.

“It’s changed and developed so much since I was there in an amazing way.”

Dan returned to London after finishing his studies, eventually forming Bastille with Chris “Woody” Wood, Kyle Simmons and Will Farquarson.

Their smash hit Pompeii, from their first album Bad Blood, was released in 2013 and catapulted the band to UK and US fame, quickly followed by worldwide tours and Brit award for best Breakthrough Act.

Bastille’s third album, Doom Days, charted in the Top 5 in the UK and the US in 2019 – one of only three British bands to achieve the chart landmark alongside The Beatles and Queen.

In early 2020, the band decided to take a year’s break to get some respite, but little did they know the rest of the world would be stopping with them.

Dan said: “Since we started, we never stopped touring for about seven or eight years, we were lucky enough to tour all around the world and we took that opportunity – while also making albums.

“It was insane, and looking back, potentially stupid. So we were mentally prepared to stop, but we didn’t realise how it was going to happen.

“We’d already started the album, and it was really tough for the touring community and so many creative industries, but personally I felt incredibly lucky to still be able to write music.

“Ultimately, I was going back to the beginning. That’s the part I’ve always loved, being able to write songs and produce them on my laptop.”

Bastille set for intimate gig at The Wardrobe next week

To celebrate the release of Give Me The Future, Bastille have embarked on a UK tour – stopping at The Wardrobe in Leeds on Tuesday.

Hosted by Crash Records, fans can expect an intimate gig with Dan and touring guitarist Charlie Barnes, who is from Leeds, with Chris, Kyle and Will coming in for different shows.

Dan said: “We have put together a totally different show that nods back to where me and Charlie started – doing shows in Leeds with loop pedals.

“We’ll be playing songs from the new album as well as older songs we never play.

“I used to go to the Wardrobe nearly every night so it will be incredibly surreal to go there, we’ll get coffee from the place that Charlie used to work in around the corner and catch up with old friends.”

Give Me The Future out now

Dan came up with the idea for Give Me The Future before the pandemic, but the album’s themes of a dystopian universe became all the more poignant when the world was forced to interact through screens.

Touching on the opportunities of new technology and the dark side of lives lived online, Dan said the album is as dancefloor-friendly as it is thought-provoking, and as electronic as Bastille have ever been.

He added: “It was meant to be about escapism, the different ways that people escape their heads and their lives temporarily – be that the films you watch, the books you read, the games you play or your dreams and fantasies.

“It then became more about our relationship to technology and the future. We challenged ourselves to make it in a different way, because we wanted to change and develop but also out of necessity.

“The language of lockdowns and pandemics felt it was from a dystopian disaster and the album plays with ideas about what the future is.

“It’s been a real labour of love and we feel fortunate that this project has allowed us to talk about what’s going on in the world and our lives, without taking it too seriously.

“Ultimately we wanted to make a big, weird, fun record that would be really distracting for people and take them somewhere.”

Give Me The Future is out now via EMI Records.

Support the YEP and become a subscriber today. Enjoy unlimited access to local news and the latest on Leeds United. With a digital subscription, you see fewer ads, enjoy faster load times, and get access to exclusive newsletters and content. Click here to subscribe.

Shields vs Kozin live: Fight stream, latest updates and how to watch online

Shields vs Kozin live: Fight stream, latest updates and how to watch online