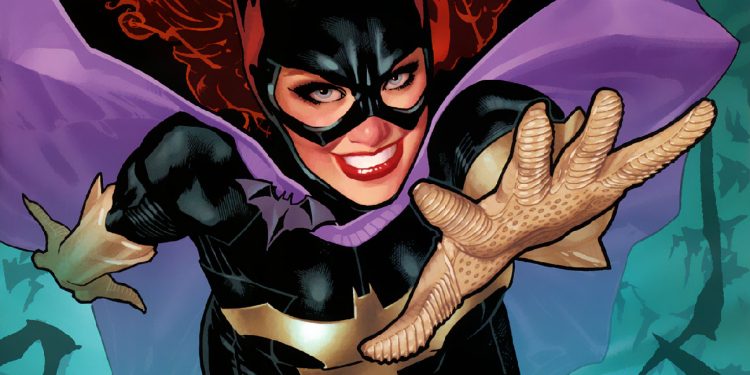 
We do know that Barbara will face at least one, deep-cut Batman rogue in the film. Brendan Fraser, who also happens to play Cliff Steele on DC’s Doom Patrol, will bring villainous pyromaniac Firefly to life. It’s an interesting match-up made all the more interesting by the fact that Michael Keaton is also reprising his role as Bruce Wayne/Batman, likely acting as a mentor to the much younger Barbara. J.K. Simmons is also back as Commissioner James Gordon and Babs’ dad.

But if new pieces of set dressing currently adorning Glasgow are any indication, it’s possible will meet even more DCEU versions of classic Batman characters. A mural depicting Batman alongside his sidekick, Robin, have fans speculating that the Boy Wonder could finally make his return to the big screen in some form. Posters scattered around Gotham City also point to appearances from Jurnee Smollett’s Black Canary, who certainly wouldn’t look out of place next to her fellow Bird of Prey, as well as Professor Hugo Strange, the mad scientist and longtime Batman supervillain.

Batgirl is coming to HBO Max and is directed by Adil El Arbi and Bilall Fallah (Bad Boys for Life) from a script by Christina Hodson. The movie is currently slated for a 2022-2023 release on the streaming service.