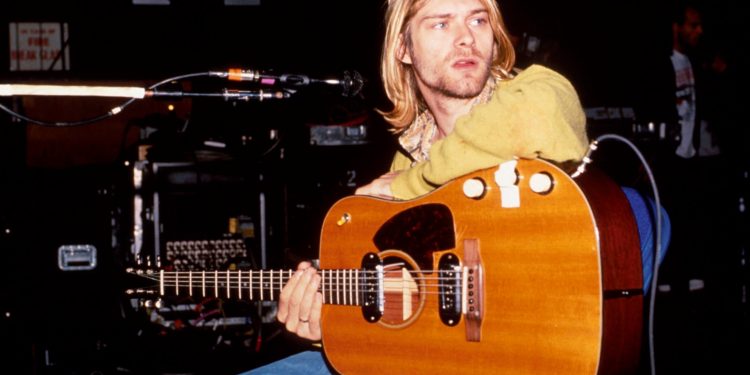 
Kurt Cobain’s death in 1994 left many people shocked and on the occasion of his 28th death anniversary, we are looking back at how the star battled addiction, his marriage with Courtney Love, and his relationship with baby daughter.

The singer had been an integral part of the music industry as he managed to shape the world with his music. While he passed away at the age of 27, Kurt has managed to change people’s lives in many ways.

To date, people listen to his music and applaud his talent. There is no doubt that he had managed to achieve a lot at such a young age.

A look at Kurt Cobain’s daughter

Frances Bean Cobain, who is the daughter of Kurt and Courtney, has been away from social media for a while now. However, she did not hesitate to talk about her father whenever she was interviewed.

When Kurt died, she was only 18 months old. However, she has heard a lot about her father from everyone around her. In an interview with Rolling Stone, Kourtney admitted that she did not like Nirvana.

She said: ” don’t really like Nirvana that much [grins]. Sorry, promotional people, Universal. I’m more into Mercury Rev, Oasis, Brian Jonestown Massacre [laughs]. The grunge scene is not what I’m interested in. But “Territorial Pissings” [on Nevermind] is a f**king great song. And “Dumb” [on In Utero] – I cry every time I hear that song. It’s a stripped-down version of Kurt’s perception of himself – of himself on drugs, off drugs, feeling inadequate to be titled the voice of a generation.”

While Frances could not spend a lot of time with Kurt, she still cherishes the songs he has left behind.

As per Far Out Magazine, Kurt and Courtney started dating in 1991. After dating for a year, the pair got married in 1992. This was also the time when Courtney found out that she was pregnant with their first child.

Just a c couple of months after their marriage, Frances was born. Their relationship had been through ups and downs for a long time and their fans had been aware of it.

Since the two had a public romance, it was hard to keep anything under the blanket. The two stayed married until Kurt died in 1994.

Kurt and Courtney had been vocal about their drug use. In fact, many of Kurt’s songs also described the same. In 1993, when the singer was preparing for his New York concert, he overdosed on heroin. This was not the first time it had happened.

Luckily, Courtney was quick and revived him herself with naloxone. Again, in 1994, when Kurt was in Rome, he overdosed on a combination of Rohypnol and champagne.

While Kurt later said that it was a mistake, Courtney had stated that it might have been his first attempt at suicide. In April 1994, Kurt committed suicide and his body was found three days later.

In other news, TIDP actors gifted their salaries for Heath Ledger’s daughter after he passed away