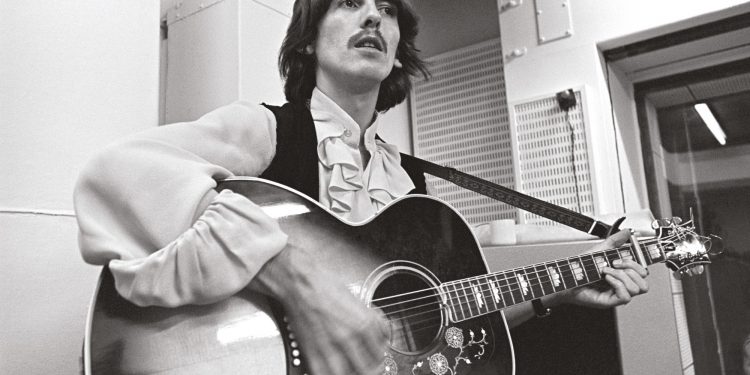 
A Beatles fan has turned George Harrison’s childhood home into an Airbnb and “living museum”.

Ken Lambert bought the property at 25 Upton Green in the suburb of Speke, Liverpool last November for around £171,000. According to the listing, Harrison lived at the three-bedroom house between 1949 and 1962.

The house was also used as a practice space for The Beatles, then known as The Quarrymen.

But now the property has become “a living museum by letting people stay overnight” with the new landlord confirming that a weekly tour group also stops by and spends about half an hour in the home drinking tea and playing music.

“I’m not a wealthy individual. It’s not like I go around buying up properties. I’m a Beatles fan, yes, but I am a big George Harrison fan specifically,” Lambert told the New York Post.

“I think it was a shame that George’s house had no relevance to millions of Beatles fans, but they’re waiting in line to walk into John Lennon’s house. George is my favourite Beatle. I want to respect his legacy,” he added.

According to the AirBnB listing, guests can “walk and stay in George’s bedroom, where he first heard himself and the band on the radio (and) strum a guitar in the same room that George, Paul, and John sat and rehearsed during the early years.” Elsewhere the bathtub “features original taps from when George lived in the house.”

The property sleeps 5 guests, and a stay will set you back around £200 a night (though there is a two-night minimum).

In other news, Paul McCartney is opening up his childhood home for unsigned artists to use as a base to write, perform and gain inspiration from.

The Forthlin Sessions initiative, backed by the former Beatle‘s brother Mike, will see artists chosen by Mike and local partners to write music at the same place where Paul and John Lennon forged their distinguished songwriting partnership.

Scared, Abandoned Pittie Hides From Rescuers Behind A Fast-Food Dumpster

Scared, Abandoned Pittie Hides From Rescuers Behind A Fast-Food Dumpster