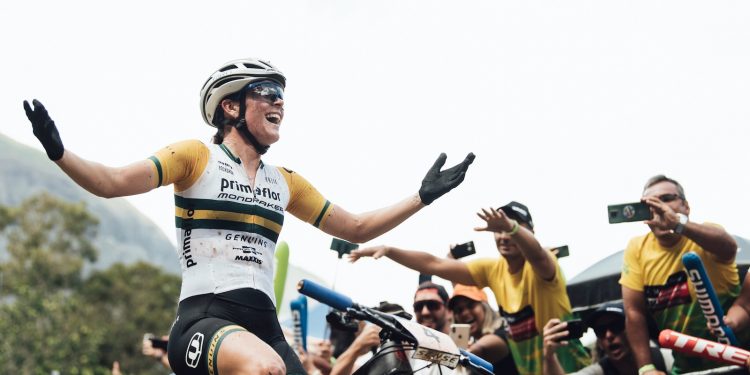 
The opening round of the 2022 UCI Cross Country World Cup has been held in Brazil, with booming local support for home town hero Henrique Avancini. With over 35 000 tickets sold for the weekend, the crowds would be one of the biggest at a World Cup.

After Friday evening’s Short Track race, all eyes were on winners Pauline Ferrand-Prevot and Alan Hatherley. Both races were very tight until the end, so nothing would be certain on the slightly slick rainforest course in Brazil.

There was a crash on the women’s race start line in the middle of the pack, however Loana Lecomte was out clear from the outset to build up a 14-second lead over the chasing Bec McConnell by the end of lap one. Watching from afar, it looked like Lecomte would be ruling the race with a tiny iron fist, just like she did for 4 World Cup races in 2021.

However, that gap didn’t keep growing, and McConnell was edging closer. 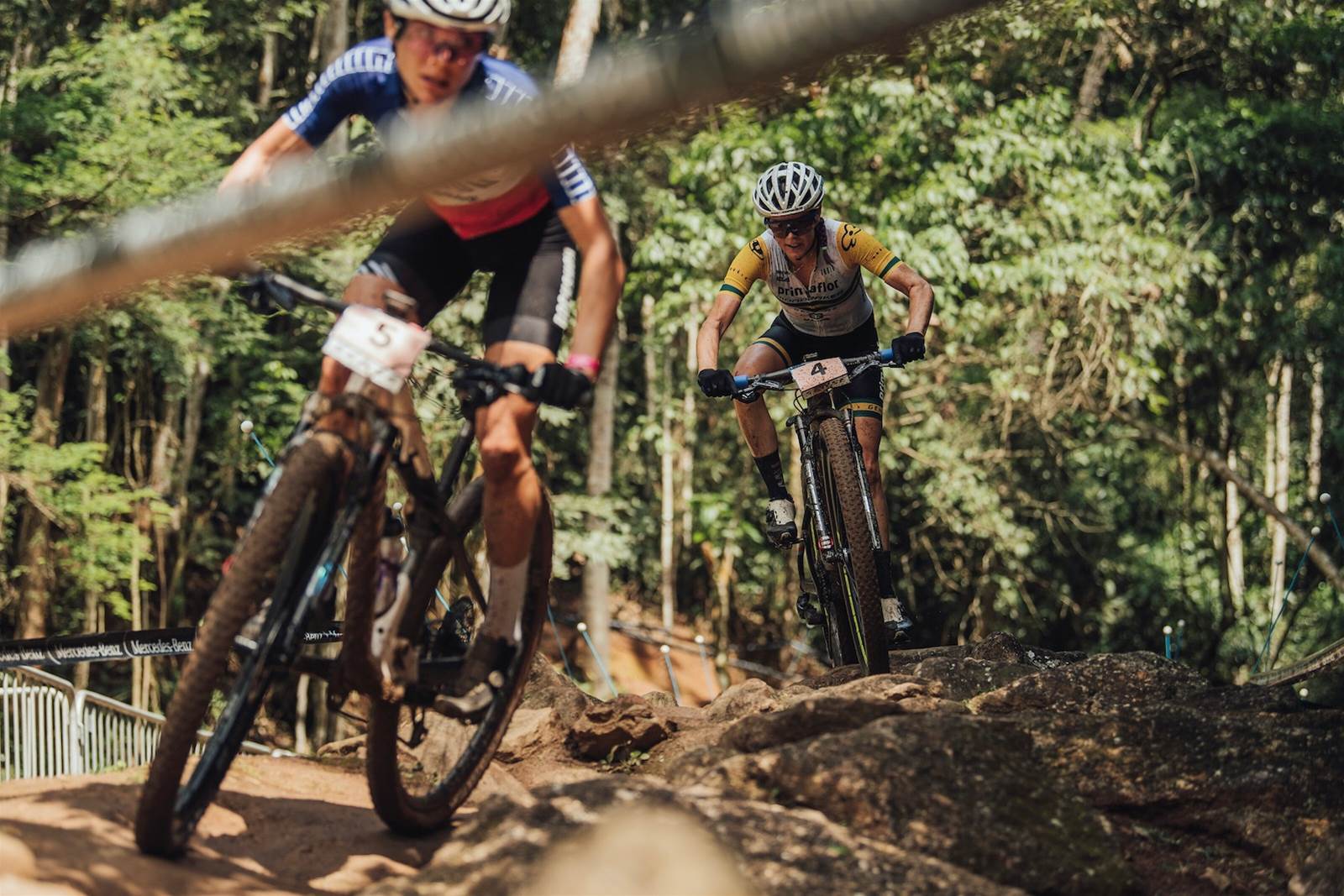 The course had some slippery sections meaning riders carried muddy tyres onto the rock featurs. France’s Pauline Ferrand-Prévot made an early rock garden mistake, and Lecomte maintained her lead over McConnell at the end of lap two with Anne Terpstra and Laura Stigger 39 seconds back.

Ferrand-Prévot pulled out, reportadly due to illness. Evie Richards and Jolanda Neff hadn’t started due to illness as well. Lecomte increased her lead over McConnell to 27 seconds at the end of lap three with Terpstra and Stigger in touch still. McConnell had Lecomte in sight. She wasn’t getting further away, but not getting much closer either.

Lecomte also got into trouble on the rock garden, and as Terpstra caught McConnell they both sensed an opportunity to attack at the start of lap 5.

The Dutch rider opened up a 10-second lead by the end of lap five before McConnell got past her on the final lap to pull clear. No doubt a nation of mountain bike fans were willing McConnell to the line, counting the seconds that Terpstra was behind her. McConnell let herself smile as the crested the final climb before the steep chute to the finish line.

Bec McConnell crossed the line in both disbelief and triumph for her first World Cup victory with Terpstra second, Lecomte third and Austrian Stigger bursting clear for fourth ahead of compatriot Mona Mitterwallner.

“Coming down that hill into the finish I was like ‘what the f$*k is happenning?!’ Everybody has said, ‘It’s coming, it’s coming’. I have been super consistent over the last couple of years – on the podium more often than not. But that never means that the win is coming. Every season you go away for 6 months to rebuild and you just don’t know if you’re going to come back in the same shape or better than you have. So to be back here and to get a win is just unbelievable. So happy to share this with everyone.”

Anne Terpstra added, ‘I’m super proud. I haven’t prepared to be in top shape yet, so it is a really nice surprise to bring home second already now.”

Lecomte added “I am very happy because two months ago I was in hospital for my collarbone.” 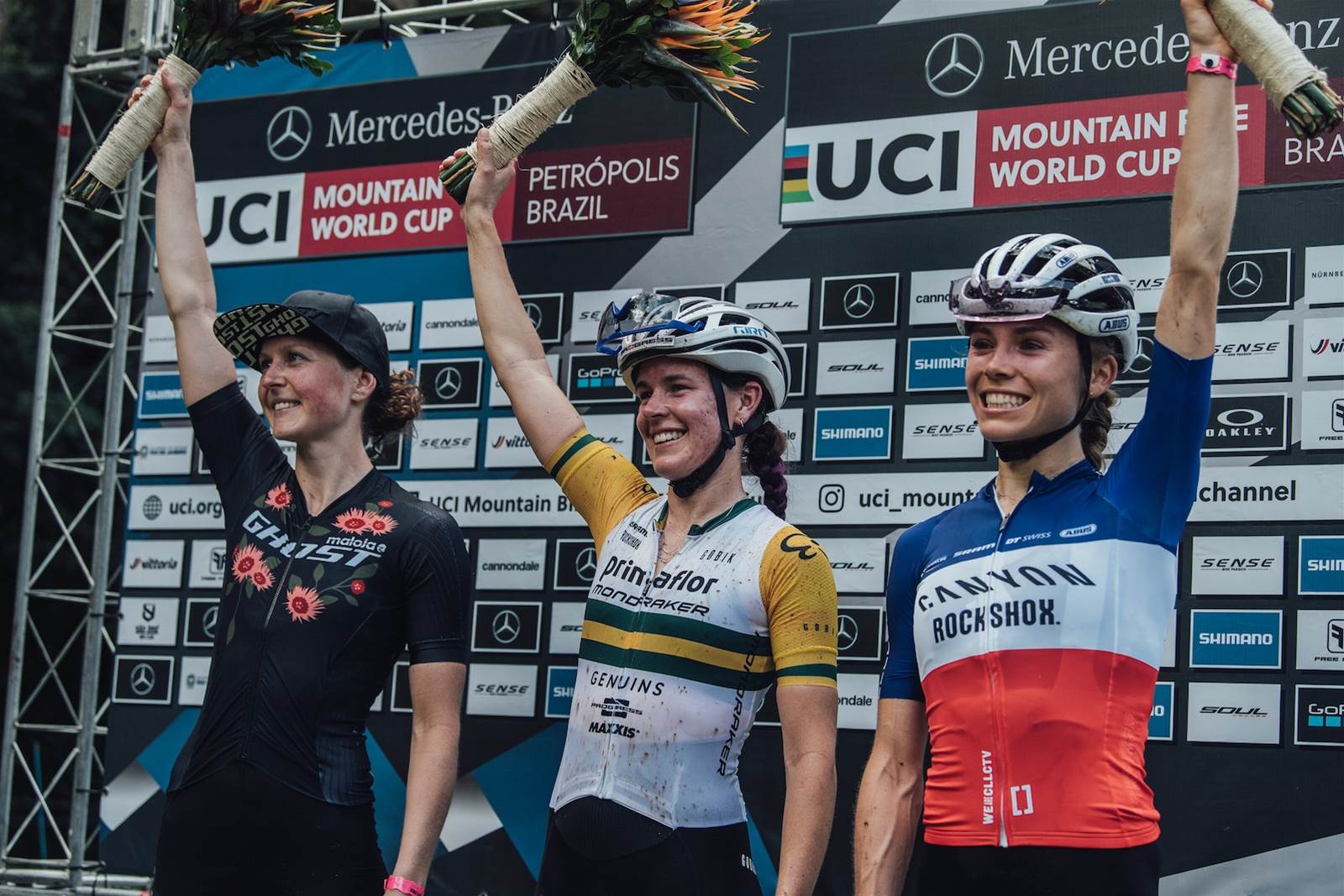 All the fast women racing cross-country in Australia should take notice of Bec McConnell’s win. The results are possible when the work is done. McConnell has worked tirelessly, but I would hope that this result proves to so many riders in Australia that while we have challenges coming from the other side of the world to much of the international competition – it’s not impossible. Just bloody difficult. Schurter gets his 33rd World Cup

If you’re still reading (let’s be honest, Bec’s win is the big news) Nino Schurter won another World Cup – as if he hadn’t won enough already? Dude, let the other riders shine! Jokes aside, it was an emotional win for Schurter, and one he was been fighting for to equal Julian Absalon’s record.

The reigning World Champion pipped Maxime Marotte on the line to match Julien Absalon’s record of 33 XCO World Cup in Brazil. Chances are he was most stoked that Avancini didn’t win (they surely don’t send each other Christmas cards).

Czech rider Ondřej Cink opened up an early lead with home town hero Avancini and seven-time World Cup champion Schurter close behind. The Swiss star soon put the pressure on Cink, though, to get to the front heading into the third lap as reigning World Cup champion Mathias Flückiger of Switzerland crashed on a tricky section.

Dascălu, Schurter and Marotte opened up 39 seconds over Switzerland’s Filippo Colombo and Avancini by the start of lap six and made it 45 seconds by the start of the final absorbing lap.

The three riders stayed together into the last turn and Marotte dug deep brilliantly to get past the other two, only for Schurter to pip him at the line in a sprint for his record-equalling 33th World Cup win.

An emotional Schurter said: “It took me three years for this World Cup victory and it is even better in front of a nice crowd and such a tight battle with Maxime. I didn’t give up. That is a sweet one. We work hard for our goals and it is so nice when big dreams come true.”

Marotte said: “I was so so close to the (first) win and today it is hard to take. Nino was stronger obviously, but I truly believed I could make it. This is part of the game. I will not give up.” The next round is in Albstadt. Stay tuned! 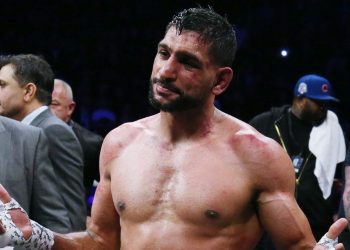