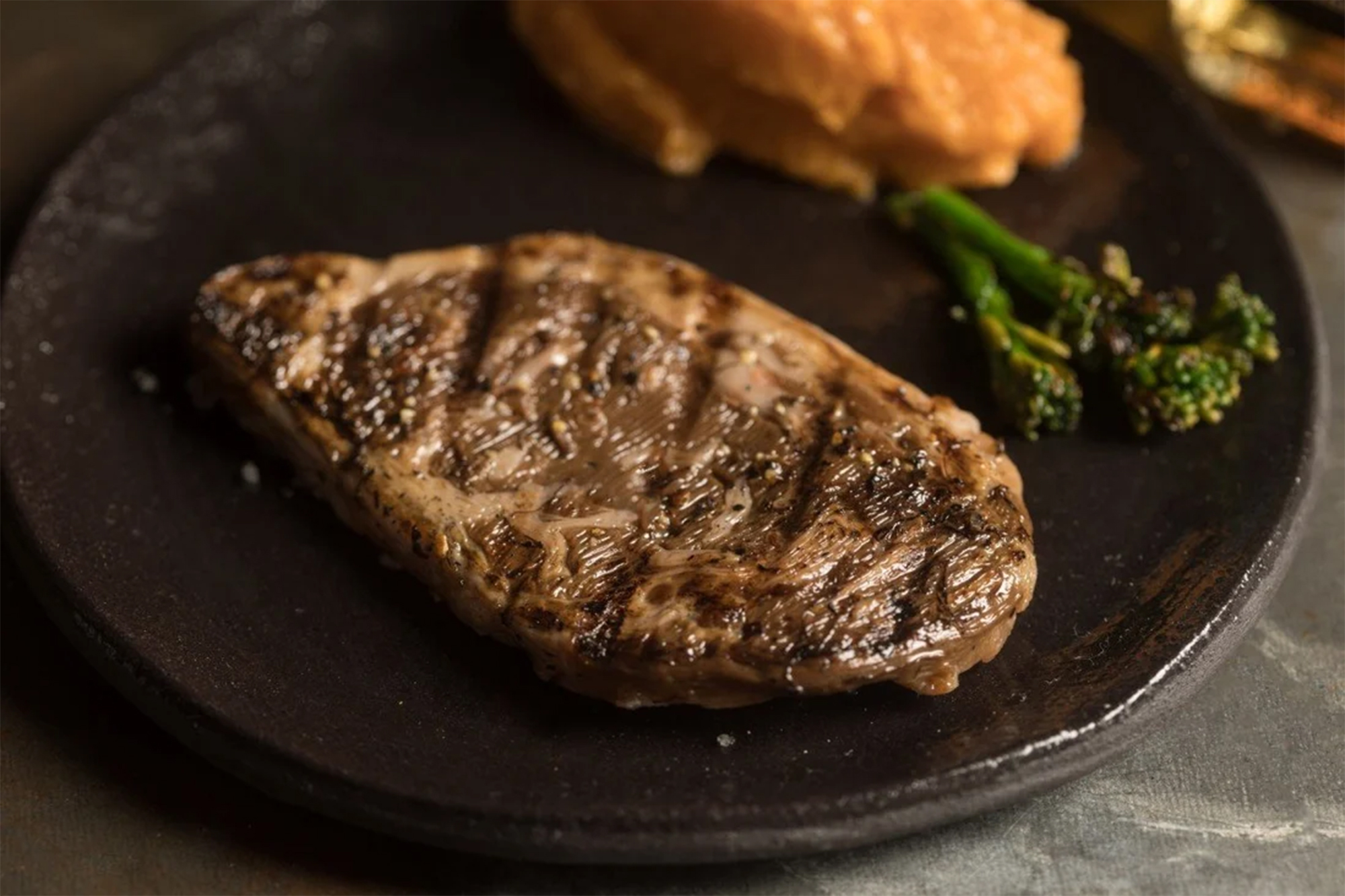 The burgeoning lab-grown meat industry has made its first foray into fine dining with an artificially forged rib-eye steak — a cut that can run hundreds of dollars in some restaurants.

This cruelty-free counterpart however could go for as low as $50 when it hits dining areas as early as next year, according to the Daily Mail.

The new dish, created by Israeli food laboratory Aleph Farms, marks the world’s first 3-D bio-printed rib-eye made with real cow tissue, despite the fact that no live animals were hurt or killed in the process. The breakthrough follows the company’s initial leap into the lab-grown meat industry in 2018, when they debuted the first-ever slaughter-free steak, though 3-D printing was not used at that time.

Israel’s food science industry has pioneered the lab meat industry as of late, with food science companies such as Aleph — who also recently grew meat in space — as well as Future Meat Technologies and Redefine Meat developing cruelty-free alternatives within the nation’s borders.

The process of printing meat may begin with plant-based ingredients, or, in the case of Aleph’s steak, real bovine cells that have been cloned and cultivated in a lab setting.

The four primary cells that make up meat — muscle tissue, fat, blood and support cells — create the “ink” used to print the steak.

“We recognize some consumers will crave thicker and fattier cuts of meat,” said Aleph’s CEO Didier Toubia, in a statement to the Daily Mail. “This accomplishment represents our commitment to meeting our consumer’s unique preferences and taste buds, and we will continue to progressively diversify our offerings.”

Toubia anticipates the rib-eye could arrive in supermarkets during the next two to three years, pending US Department of Agriculture inspection and approval.

“We are executing a clear plan to achieve cost-parity for cultivation of meat products at scale,” Toubia also said.

“We expect to achieve this goal within five years from our 2022 soft launch, which is faster than the new generation of plant-based meat substitutes,” he said, in a reference to market rivals Impossible Foods and Beyond Meat, which rely on ingredients from plants to design a meat-like product.