Users of Clubhouse, which hosts virtual audio chatrooms, said they were having problems accessing the invite-only app just hours after free-for-all discussion topics ranged from the Chinese government’s large-scale detentions of Muslim Uighurs in Xinjiang to Taiwan, the self-ruled island that Beijing claims as its sovereign territory.

Demand for access to such chatrooms was reflected in the emergence of an online auction market for Clubhouse invites in China, which were being advertised for as much as Rmb500 ($78) over the weekend.

Relatively few Chinese internet users could access Clubhouse chatrooms, because the app works only on iPhones and is not available on Apple’s China app store. Even so, many participants in chatrooms about normally censored subjects identified themselves as China-based users who then engaged in sometimes emotional discussions with counterparts in Taiwan and other overseas locations.

That was enough to alarm the administrators of China’s “Great Firewall”, or internet censorship regime, who began to disrupt the service on Monday.

Beijing-based users attempting to access Clubhouse late on Monday received messages informing them that “an SSL error has occurred and a secure connection to the server cannot be made”. The app could still be accessed via virtual private network software, which also allows Chinese internet users to access other blocked social media apps such as Twitter and Facebook.

On Monday night two chatrooms, both titled “Chatroom has been walled”, attracted more than 2,200 Mandarin-speaking participants from China and overseas.

Clubhouse did not immediately respond to a request for comment. 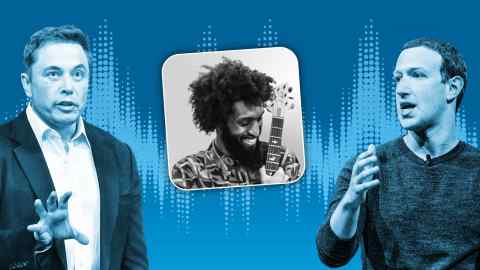 Chinese users quickly realised they could use the app to participate in sensitive online discussions free of government censorship, which has grown increasingly strict since President Xi Jinping took power in late 2012. Such conversations are so rare that Clubhouse users able to listen in on popular Chinese chatrooms summarised them live on Twitter for those unable to secure invites.

A similar cat-and-mouse game occurred in late 2019, when Chinese authorities blocked access to Zoom’s video and teleconference services, resulting in what the company described as “significant disruption” to many of its clients.

Zoom’s service was unblocked only after the company agreed to a secret “rectification plan” with Chinese authorities who demanded access to calls about sensitive subjects, such as anniversary memorials of the 1989 Tiananmen Square massacre, and information about the participants.

Additional reporting by Nian Liu and Yuan Yang in Beijing