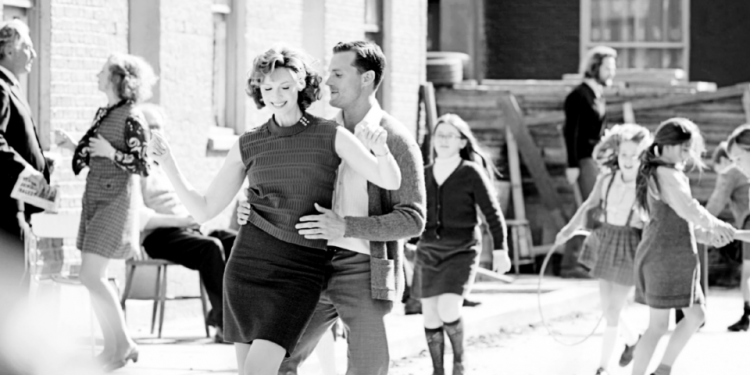 
Belfast was a lockdown project written by Branagh during a quiet time but also driven by the memories that surfaced of a much earlier lockdown in which barricades blocked streets and children were told to stay indoors.

Branagh, who directs but does not appear in the film, lived in the Tiger’s Bay area of Belfast, a Protestant enclave that as The Troubles worsened recruited vigilante gangs to get rid of the Catholic families who lived among them.

This history was absorbed by Branagh at the time, more as emotional undercurrents than actual events, and so young Buddy, 9, played engagingly by Jude Hill, is just another happy youngster participating in mock battles with neighbourhood kids wielding fake swords and garbage bin lids until Ma (Caitriona Balfe) yells out that it’s time to come home.

The story is simple enough. It is 1969 and Buddy’s family consists of Ma and Pa (Jamie Dornan), who works in the UK but returns to Belfast when he can, and grandparents Granny (Judi Dench) and Pop (Ciaran Hinds), who live nearby and are part of everyday life. There is growing tension because Ma doesn’t want to leave behind all she has ever known while Pa understands that sectarian violence has reached their street and the only healthy choice is to go.

A story in black and white

“Mama says if we went across the water, they wouldn’t understand the way we talk,” Buddy says to Pop. “If they can’t understand ya, they’re not listening,” Pop answers. “You’re Buddy from Belfast.”

What makes Belfast so moving is the universality and warmth of the family’s shared love, encapsulated in one beautiful scene in which Dornan – who just seems to get better and better – sings Love Affairs’ Everlasting Love to his wife.

Branagh’s choice to film in black and white lends distance to the story without tipping it into nostalgia, and the sheer magnificence of the cast and strength of the script make it an absolute joy to watch. “I’m not going anywhere where you won’t be able to find me,” the dying Pop tells Buddy.

Woven through this is the music of Van Morrison, the rhythm and blues singer from Belfast whose songs about loss and love provide a perfectly integrated soundtrack to a story about how childhood doesn’t last forever.

This review first appeared in InDaily. Read the original here.

Mitsui Stock Could Be A Good Inflation Hedge (MITSF)

Is Lantana A Perennial Or An Annual?

Is Lantana A Perennial Or An Annual?