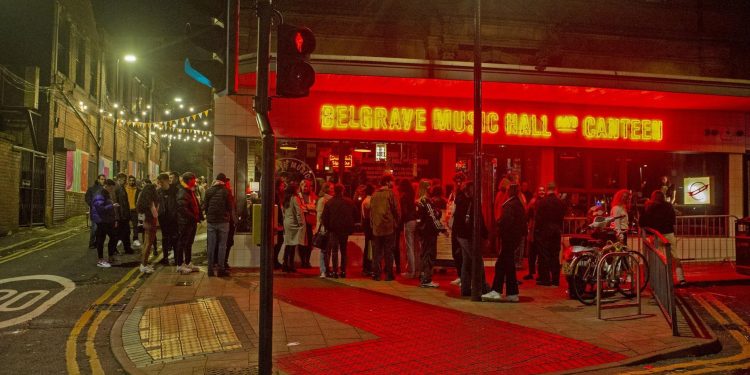 Lamacq will feature Yard Act’s live performance on his drive-time show on 6 Music, as well as an audio tour of Leeds hosted by Whiskas from ¡Forward, Russia! and Simon Rix from the Kaiser Chiefs.

The week, which begins on Monday 31 January and runs until Friday 4 February, is a celebration of independent music venues around the country, and those that own, work and run them.

Other venues chosen for this year’s spotlight include PJ Molloys in Dunfermline, Scotland, Future Yard in Birkenhead, The Louisiana in Bristol and The Horn in St Albans.

BRIT award winners Franz Ferdinand will perform during the first of the specials at the Scottish venue.

This year Belgrave Music Hall in Leeds has been selected by Lamacq as the Leeds representative for Independent Venue Week. Photo: Tony Johnson

Melt Yourself Down and Bess Atwell are also listed on the event’s bill.

“Independent Venue Week has always played a vital role in helping grassroots venues at a financially perilous time of year.

“But this time round, it’s even more important to help support the live music circuit after it’s been hit so hard by Covid.

“It’s a chance for us all to rally round and celebrate just how important these places are to emerging artists and alternative performers.

“We’ve lined up some of our favourite new and established acts for a week of gigs in small grassroots venues around the country and we’ll be talking to promoters and fans about why live gigs remain so important to the music community.”

Other music hubs in Leeds are also set to host performances from local artists in support of Independent Venue Week, including Soak at Oporto on Monday 31 January and James Bay at the Brudenell on Tuesday 1 February.

9 Ways To Help Buyers Compete In An All-Cash World