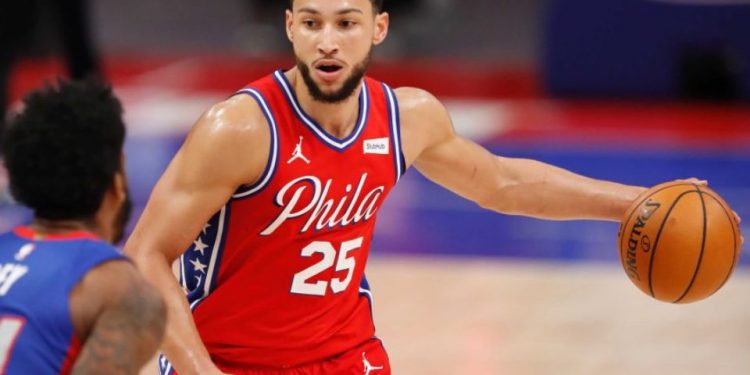 Ben Simmons will join Patty Mills at the Brooklyn Nets in a blockbuster multi-player NBA trade by Philadelphia for James Harden that could have huge ramifications on the Boomers.

The Sixers have sent Australian luminary Simmons, their disgruntled All-Star, guard Seth Curry and centre Andre Drummond to the Nets in a deal for Harden made just 90 minutes before Friday’s (AEST) deadline.

The Sixers will also get Paul Millsap and the Nets get draft picks, according to Associated Press sources, while the 76ers reportedly held firm to keep fellow Australian Matisse Thybulle from joining Simmons in Brooklyn as part of the trade.

It will pair Simmons, who hasn’t played for Australia since 2013, with Olympic flagbearer and Tokyo bronze medal hero Mills, who has flourished since moving to Brooklyn from San Antonio this season.

The Melbourne guard averaged 15.9 points, 8.1 rebounds and 7.7 assists over four seasons with Philadelphia, who drafted him out of LSU, where he played only one season.

His defining moment as a Sixer came when he passed up a wide-open dunk against Atlanta in the second round of last year’s play-offs that would have tied the game late in Game 7.

Simmons was then hurt by criticism from teammate Joel Embiid and coach Doc Rivers over his role in Philly’s early post-season exit.

Embiid was quick to react to news of the trade, tweeting out a meme relating to a man going to his “biggest hater’s funeral just to make sure [they are] dead” within minutes of it becoming public.

Simmons made a surprise return to the Sixers shortly before the season opened, but was promptly kicked out of practice and suspended for one game.

The punishment didn’t matter as the No.1 pick of the 2016 draft had no intention of ever playing. He later cited mental health concerns.

The inspirational Mills has remained an ardent supporter of Simmons, hopeful of one day wearing green and gold alongside him despite him skipping both the Rio and Tokyo Games as well as the 2019 World Cup.

He could prove to be the calming influence that snaps the ultra-talented Simmons out of his funk and prime him for a gold medal run at the Paris 2024 Games.

Harden has been out with a hamstring injury while trade rumours intensified. Nets coach Coach Steve Nash even stated last week that the ‘beard to be feared’ would not be traded.

This is the second straight season Harden has been traded during the season.

The Nets acquired the three-time scoring champion from the Houston Rockets in a deal last January, with the idea that Harden, Kevin Durant and Kyrie Irving would form a Big Three.

The Nets loaded up for a title run with three of the highest-paid players in the league but a championship run with them never materialised.

They are 2-10 since Durant sprained his left knee, an injury that could keep him out until after the All-Star break.

With Irving ineligible to play in home games because he is not vaccinated against COVID-19 as mandated by New York City, it has placed a heavy burden on Harden, who can become a free agent after the season.

The 76ers are getting an MVP-worthy year out of Embiid and team President Daryl Morey, who was in the front office with Houston when Harden played for the Rockets, made the deadline deal to ensure the Sixers have plenty for the championship push.