Best and worst home insurance providers revealed by Which? 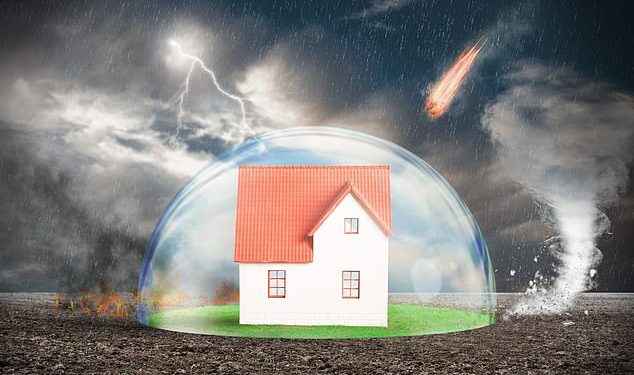 
The best and worst home insurers in the UK have been revealed by consumer group Which?

At the other end of the spectrum, More Than finished bottom of the pile overall, with the lowest customer satisfaction rate by a long stretch. 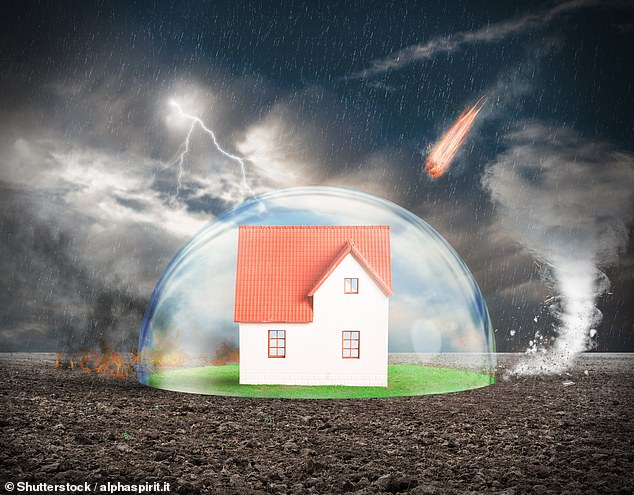 Where does your provider rank? The best and worst rated home insurance providers in the UK have been revealed by Which?

A survey of 1,284 policyholders ranked insurers on customer service levels and policy details and whether or not they would recommend the provider to someone else.

The customer score and policy scores for buildings and contents cover were then combined to create a total score.

NFU Mutual fared best in Which?’s analysis, with a hefty total score of 79 per cent.

The consumer group said this was because it charges no admin fees and has a single item cover limit of £7,500, while some other providers cap this at £2,000 or less.

NFU Mutual was also the only provider to receive full marks from its customers for how it deals with queries, according to Which? 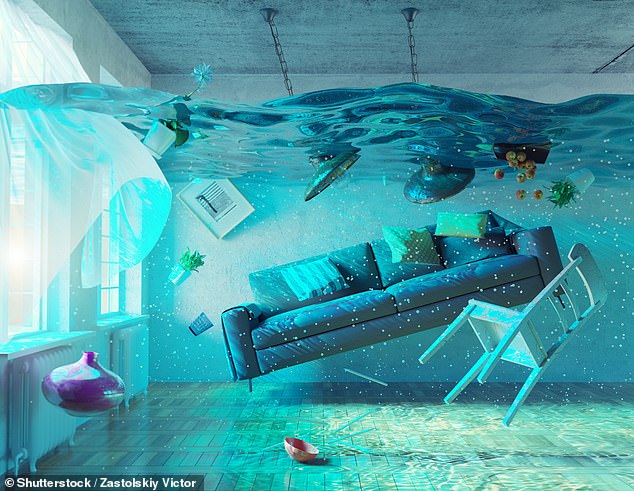 Be prepared: Shop around to get the best home insurance deal this year

But while it came top overall, its ‘Home and Lifestyle’ product was beaten by some other policies when it came to the level cover.

Saga’s Plus Policy came second in the overall rankings. It pays up to £2,500 for home emergencies and will cover up to £10,000 of students’ contents when kept away from home. It received an overall score of 72 per cent.

Lloyds Bank, which came third and received an overall score of 71 per cent, was praised by customers for the clarity of its policies, while LV’s Home Insurance and Home Insurance Plus policies also performed strongly in the survey.

LV’s Home Insurance cover includes some accidental damage cover as standard, but this is limited to specific types of damage, such as to cables, sanitary ware, fixed glass and home entertainment equipment.

The firm’s Home Insurance Plus cover has broader cover as standard, Which? said. It also provides optional home emergency cover of £1,000 per call-out.

More Than achieved a total score of 56 per cent and was the only provider surveyed not to score over 60 per cent.

It came bottom of the overall rankings. Its policy scores were roughly mid-table among the 58 policies analysed, but it had the lowest customer score in the survey, at just 49 per cent.

NFU Mutual, along with Lloyds Bank, LV, and Saga were all awarded Which? Recommended Provider status in the latest findings.

What are insurance customers claiming for?

Accidental damage was the most common reason customers in the survey claimed under their home insurance policy, according to the research.

The cover was available in all but three of the 58 policies examined. However, only a third of the policies covered it as standard, with others including it as an optional extra.

Jenny Ross, Which? money editor, said: ‘With different levels of cover aimed at different types of customers, home insurance can be tricky to navigate. But taking the time to find a policy that’s right for you could save you money.

At a time when the cost of living crisis is affecting millions of households across the country, doing your research to strip out extras you don’t need could save you precious pounds

‘At a time when the cost of living crisis is affecting millions of households across the country, doing your research to strip out any extras you don’t need could save you precious pounds.’

Since January, insurance providers have been prevented by the Financial Conduct Authority from offering new customers special discounted rates for home insurance, putting an end to the widespread practice of ‘price walking.’

This meant customers were charged more the longer they stayed loyal to their insurer.

One consequence of this, however, may be higher premiums for new policies taken out from this year onwards.

Here are three top tips from Which? and This is Money to help you secure the best home insurance policy for you:

1. Don’t assume most policies are similar

When it comes to choosing the right insurance policy, the key thing is not to assume most policies are similar – or that commonly claimed-on features come as standard.

Providers are increasingly offering different levels of cover aimed at different types of customer. Customers need to decide whether the property they are protecting requires a specific type or amount of cover, or whether their intent is to spend as little money as possible on just the basics.

Taking the time to work out what you truly need from an insurance policy will ensure you don’t end up paying for things you don’t want, or only finding out when you come to claim that you don’t have the cover you assumed you did.

Itemise the key things you need and expect from your home insurance, and check the policy wording to see if these are addressed. If you can’t find clear evidence that the cover you want is provided, it’s safest to be cautious and call the insurer to confirm.

3. Shop around or haggle

Whenever you are looking to buy a new home insurance policy, phone your existing provider to see what new deal they could offer you.

On top of that, always do your own research and get quotes from a number of different providers before taking the plunge and signing up to a new policy.

Comparison websites can be a good starting point, but remember that the cheapest policy may not always be best suited to your needs.