Best Free Movies to Stream on Plex in March 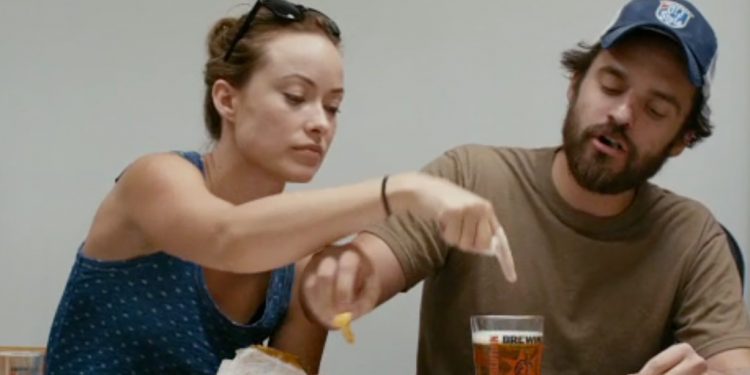 
Check out Plex TV now for the best free entertainment streaming and check back each month for Den of Geek Critics’ picks!

Director Joe Swanberg has carved out an interesting niche in Hollywood, creating small budget, mostly improvisational films with a rotating cast of famous friends. His best film, 2013’s Drinking Buddiesis anchored by the easy charms of its lovable leads — Jake Johnson, Olivia Wilde, Anna Kendrick, and Ron Livingston. Focusing on friends who work at a microbrewery, the film attempts to chart a course around that scary stage many experience in their late 20s and early 30s: strong coed friendships and an even stronger identity crisis for the single and nervous. Johnson and Wilde are the titular drinking buddies, ignoring their obvious chemistry to the annoyance of their significant others. This sitcom-y setup could have stumbled into cutesy humor or trite melodrama, but instead, the film captures an uncomfortably blunt and affecting truthfulness about the age of its two main characters and the conflicting impulses therein.

You may remember Blackfish as the movie that changed SeaWorld forever. Soon after the release of BlackfishSeaWorld announced it would no longer be seeking out new killer whales to include in its parks or acts. That’s because of the upsetting truth revealed by the documentary, which highlights inhabitable conditions and focuses on the obvious: that Orcas don’t do very well in captivity. It’s a particularly excellent documentary now that we know the real world ending, but a harrowing watch that will make you rethink the concept of a zoo.

A film with a bit of a negative reputation, The Green Hornetstarring Seth Rogen, deserves a revisit. It’s muddled, certainly, and it struggles with an identity crisis it never comfortably resolves. But for around two-thirds of its admittedly bloated two-hour runtime, The Green Hornet is an enjoyable splash of Hollywood fun and a welcome entry into the superhero genre. French director Michele Gondry, who helmed Eternal Sunshine of the Spotless Mindis a big reason why the movie is as interesting as it is. Anyone who wants to see the difference between a standard Hollywood hack job, and a genuine, visually strong director making a superhero movie, should take a look. It’s far from Gondry’s best, but he takes every chance to inject some coherent visual flair into the proceedings.

Alan Turing was arguably one of the greatest minds of the 20th century. During World War II he led the codebreaking endeavor to crack the German Enigma machine. With his colleagues at Bletchley Park, Turing successfully decrypted Nazi secret communications – a development that enabled the Allies to get the upper hand in the conflict, shorten the war and save millions of lives. In The Imitation Gamethe great Benedict Cumberbatch brings Turing to life as a socially awkward and aloof genius — his Turing is at times brilliant, cruel, funny, compassionate, obsessive, and just plain odd. In other words, it’s a showcase performance worthy of watch.