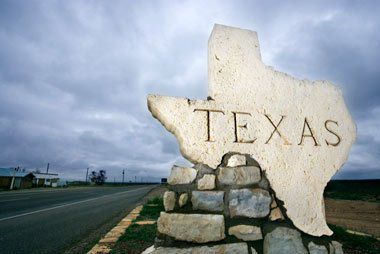 Business periodicals and related online websites frequently make rankings of the top places to retire, work, and do business. Quite a few publications have come out with their picks of the top states for a company to keep or move its headquarters. Below is an overview of five of the states that frequently rank near the top of these lists.

CNBC publishes a list naming America’s top states for business. The performance study ranks all 50 states using 64 metrics across 10 categories. Each state is given an overall rating along with individual rankings in a variety of categories. These categories include economy, infrastructure, workforce, cost of doing business, quality of life, technology and innovation, business friendliness, and access to capital.

In the most recent study conducted in 2019, CNBC ranked Virginia number one. The state beat the competition in the education and workforce categories while ranking number three for business friendliness. That business friendliness, however, didn’t extend to the cost of doing business, which is quite high in Virginia. That, along with its high cost of living, ranked as the state’s two weakest areas.

In just about every list ranking top business states, Texas comes in at the top, and the CNBC list is no exception. Texas ranked number two, garnering points for its workforce, strong economy, and access to capital.

Forbes also ranks Texas as second in its list of best states for business. Forbes notes that the cost of doing business in Texas is 10% below the national average, which might be why over 100 of the largest private and public companies in the U.S. have headquarters in the state. Corporations like ExxonMobil, AT&T, and Dell are based in Texas. Education is an area where the state could use improvement. Both CNBC and Forbes noted the state’s education rates were among the lowest of all states.

North Carolina is a strong contender among the best states for business, ranking number three by CNBC and number one by Forbes. CNBC ranked it very highly in terms of its economy, access to capital, workforce, technology, and innovation. By far the weakest area for North Carolina was its quality of life. In this category, the state ranked number 35. Quality of life covers factors like crime rate, quality of healthcare, anti-discrimination protections, and environmental quality.

Forbes ranked North Carolina highly for its low business costs. Labor costs were 8% below the national average, in part due to the state’s small union workforce that accounts for only 2.7% of the total workers.

Forbes ranked North Carolina number one for regulatory environment, which includes metrics influenced by the government, such as property rights, the liability system, the state’s fiscal health, and lawsuit environment.

The CNBC study ranked Utah number four and Forbes ranked it number three. Forbes detailed that Utah had earned the top spot in its list six times in seven years between 2010 and 2016. Companies benefit from the state’s pro-business climate, growth prospects, and labor supply. Energy costs are 16% below the national average in Utah, another incentive for firms looking to relocate.

The CNBC study gave Utah top marks for its strong economy and quality of life. These two factors have sparked the interest of technology firms that are opening new offices there. They find it a welcome alternative to California, which is seen as less business-friendly and is also very expensive for employees to live in.

As headquarters to major corporations like Microsoft, Costco, Amazon, and Starbucks, it should come as no surprise that Washington ranks number five on CNBC’s list. The state also does well on the Forbes list, coming in at number eight. The state earns top grades for labor supply, economic climate, growth prospects, innovation, and access to capital. In fact, venture capitalists flock to the state, trying to get in on the ground floor of the next great tech company. Between 2018 and 2019, venture capitalists invested $2 billion in the state.

However, despite being home to iconic firms, Washington’s infrastructure is poor and the cost of doing business is high. The cost of living is also high, making it difficult for many employees to find affordable housing.

If you need help finding a state to do business in, a number of publications can help you make a sound decision. Virginia and Texas are clearly favorites when it comes to surveys that determine the best states. Other honorable mentions that do well in nationwide rankings include Florida, Georgia, Tennessee, and Colorado.

Elon Musk touts his own brand on SNL, says he has Asperger's syndrome

US and NATO Troops Are Working on Logistics Capabilities in Europe

Which Stock Do You Buy? (GOOG, GOOGL)