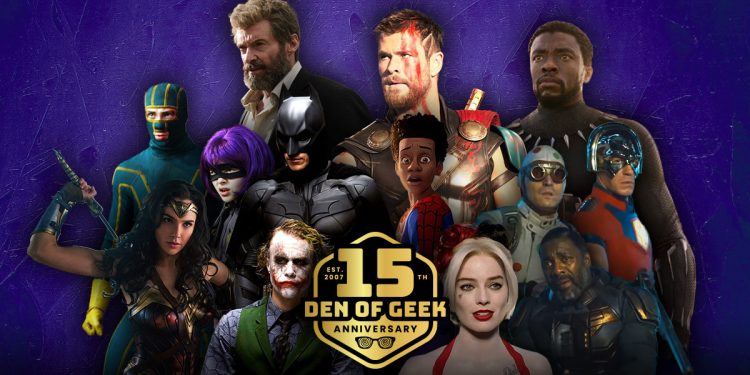 
Six years and $1.5 billion at the box office later, Feige’s dream came true. With Joss Whedon (we know, we know, but that was then) writing, directing, and drawing on his own vast knowledge of the Marvel canon, and Robert Downey Jr. already as a fan favorite in the Iron Man role, plus Chris Evans, Chris Hemsworth, Scarlett Johansson, Jeremy Renner and Mark Ruffalo establishing themselves in the public eye as the rest of the team, Marvel pulled it off in stylish, thrilling, you-had-to-be-there fashion. The Marvel Cinematic Universe truly came into its own and made tentpole filmmaking exciting again. – Don Kaye

Before the MCU or the Avengers, there was the X-MenMarvel’s once most popular team and the first franchise to transfer such a concept to screen. Two decades and seven mainline films later, Matthew Vaughn’s X-Men: First Class might be the best of that series, which even in 2011 was looking a little removed from the modern superhero movie zeitgeist. And in the case of this groovy madcap adventure, that was a good thing.

Unlike certain other period-set superhero movies (even from the same year), Vaughn embraced his ‘60s aesthetic and tone by channeling the go-go Bondmania energy of this setting, all while providing the best cinematic representation of Charles Xavier and Magneto’s frenemy relationship via the delightful pairing of James McAvoy and Michael Fassbender. Both are terrific here, as is the overall good vibes of a cast with barely a Wolverine in sight (including a pre-Katniss Jennifer Lawrence). The movie is both darker and more earnest than most MCU movies, and more grounded in our world. It’s also unafraid to throw its elbows around. There are other great X-Men movies, including the follow-up Days of Future Past which some of us might argue deserves to be on this list. But First Class really deserves its top marks. – DC

When The Avengers hit the big screen in 2012, it felt like the geekiest of dreams coming to fruition; here was a mash-up of some of the biggest comic book characters of the past five decades sharing the silver screen together in a big budget studio property, taken completely seriously, and embracing the most comic book-y aspects of the source material. Since then Marvel has continuously upped the ante of what comic book fans deemed possible in live-action adaptations. However, no comic book movie moment has felt more surreal than seeing three Spider-Men ostensibly recreate the “Spider-Man pointing” meme.

Spider-Man: No Way Home is simultaneously a celebration of the character’s history on the big screen, an unprecedented truce between two enormous Hollywood studios, a wild embrace of comic books’ multiverse approach, and a potentially fitting conclusion for Tom Holland’s interpretation of the character. The fact that it pulls off one of the biggest movie spectacles of the past 20 years—pairing Holland’s Spider-Man with Tobey Maguire and Andrew Garfield’s past iterations of the character—and also competently tells a full emotional story about Holland’s Peter Parker coming of age is a magic trick that only Doctor Strange should be capable of handling.

It feels like a small miracle that it exists at all. The film even retroactively redeems Sony’s ill-fated reboot of the character with Garfield, so much so that fans are clamoring that he return in Sony’s Spidey Villain-focused cinematic universe. Just when you think the novelty of seeing big screen stories that used to be contained to five panel pages has run dry, Marvel does it again. – Nick Harley

What are Stock Splits? Investing Explained