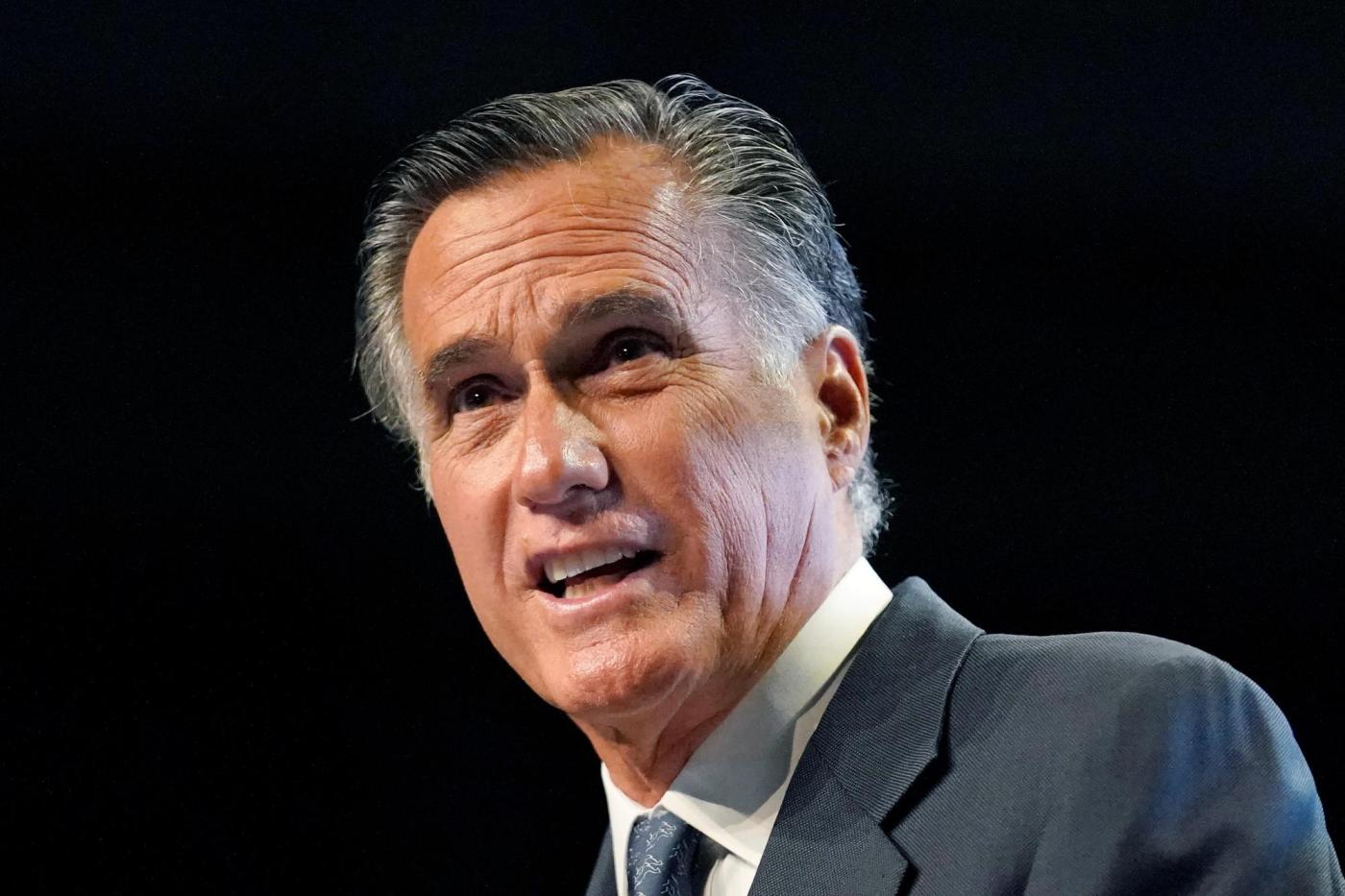 The measure narrowly failed, 798 to 711, in a vote by delegates to the state GOP convention, The Salt Lake Tribune reported.

Romney drew heavy boos when he came to the podium earlier in the day.

“This was a process driven by Democrats who hated Trump,” Guymon said. “Romney’s vote in the first impeachment emboldened Democrats who continued to harass Trump.”

The proposal, among several platform changes debated Saturday, also sought to praise the other members of Utah’s congressional delegation for their support of the former president.

Others warned supporting the censure risked defining the party around Trump instead of the conservative principles most delegates treasure.

“If the point of all this is to let Mitt Romney know we’re displeased with him, trust me, he knows,” said Salt Lake County delegate Emily de Azavedo Brown. “Let’s not turn this into a Trump or no Trump thing. Are we a party of principle or a party of a person?”