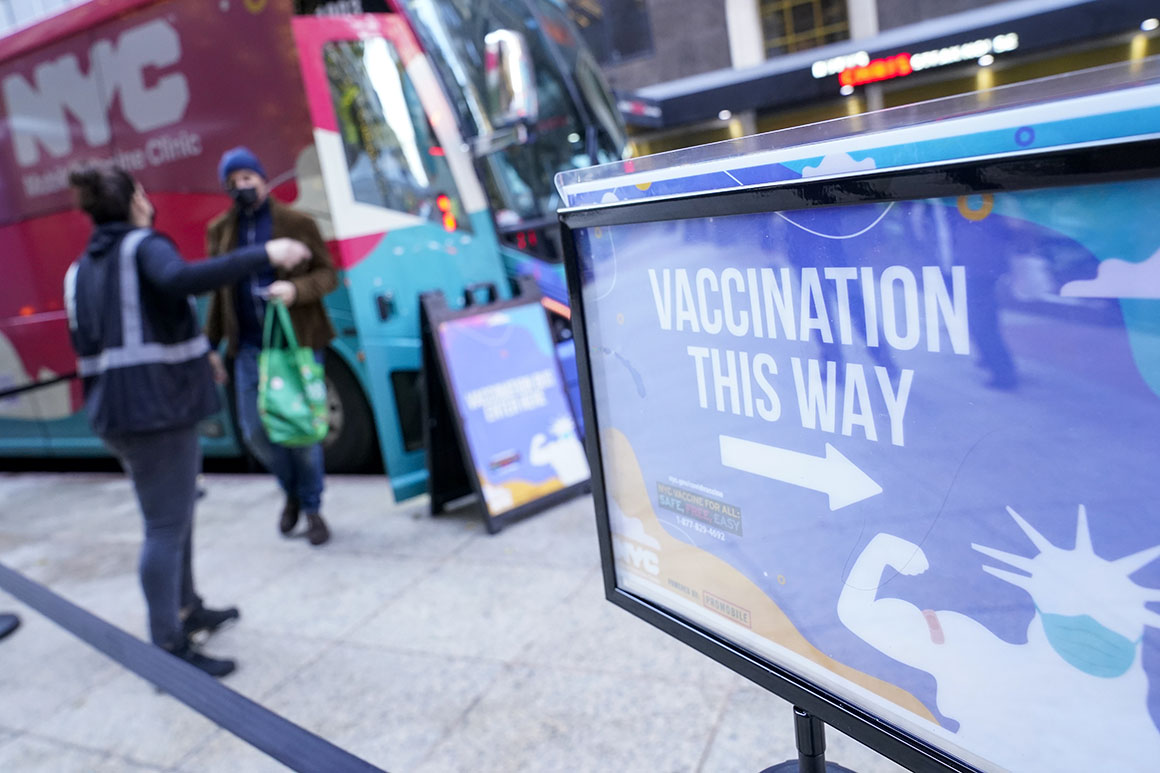 The mandate covers workers at federally funded health care facilities and was set to take effect on Dec. 6. Workers had until Jan. 4 to be fully vaccinated or to exercise limited exemptions.

Earlier this week, the U.S. 5th Circuit Court of Appeals ruled that the mandate could proceed in roughly half the country, while saying 24 states that challenged it were not subject to the rule.

In its applications Thursday, the Department of Justice asked the Supreme Court to stop two injunctions on the mandate that were issued by the U.S. district courts for the Western District of Louisiana and for the Eastern District of Missouri.

DOJ argued that requiring vaccinations was necessary as the country recorded more than 800,000 deaths from Covid-19 and with 1,300 dying per day. The department also cited the emergence of the highly transmissible Omicron strain.

The administration has argued that Medicare and Medicaid patients in covered facilities are among the most vulnerable to coronavirus, deserving of protection from their health care providers.

“It is difficult to imagine a more paradigmatic health and safety condition than a requirement that workers at hospitals, nursing homes, and other medical facilities take the step that most effectively prevents transmission of a deadly virus to vulnerable patients,” the administration said in the filing to justices.

President Joe Biden announced the requirement on Sept. 9 as part of a dramatic expansion of the administration’s bid to boost vaccination rates as it redoubled efforts to rein in the coronavirus. Officials anticipated the mandate will affect more than 50,000 health facilities and 17 million workers.

The mostly Republican-led states argued the requirement was unlawful and would exacerbate health care staffing shortages, particularly in rural areas.

CMS didn’t immediately respond to a request for comment.

How to avoid online dating and romance scams

How to avoid online dating and romance scams

Amazon Alexa to use voice of lost loved ones