Biden administration considers sending masks to EVERY US household

The Biden administration is considering sending masks to every single household in the U.S., a new report says.

It is currently unclear how much the plan will cost, how many masks would be sent to each household, what types of masks would be included in the package and if people are required to receive them.

Although the plan has been discussed by the administration’s top public health experts, no final proposal has been sent to President Joe Biden for approval.

It comes as some officials call for better – or double – masks to be warn as COVID variants from the UK, South Africa and Brazil continue to spread across the country. 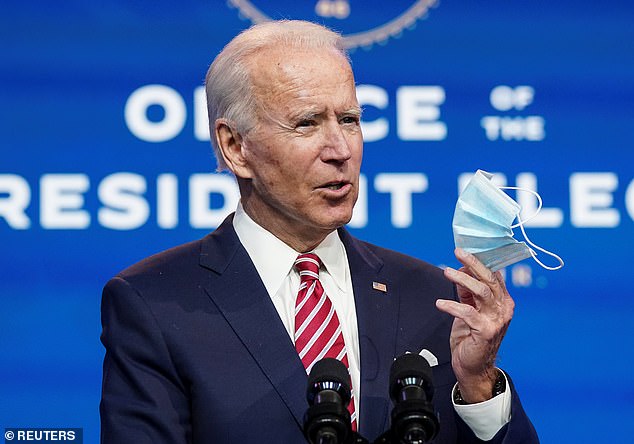 The Biden administration is currently assessing a plan to send masks directly to every single American household but no details are available on how much the plan would cost or how many masks would be sent. Pictured: Biden holds up a face mask as he speaks about the U.S. economy in Delaware, November 2020 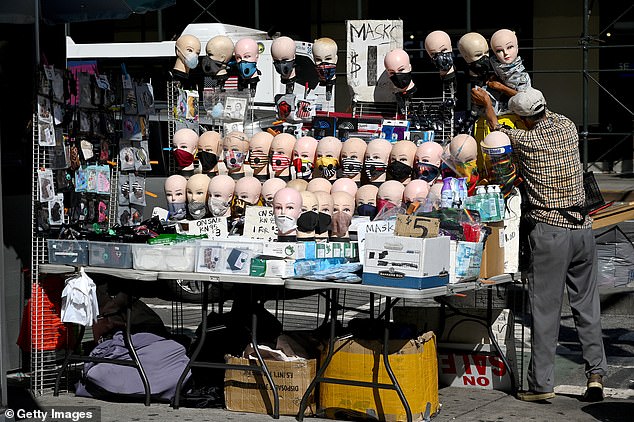 Prior to taking office, Biden has stressed the importance of wearing masks to combat the spread of COVID-19 and called it a ‘patriotic duty.’

One of his first acts was asking every Americans to commit to wearing a mask every day for his first 100 days in his office, short of a nationwide mandate.

Biden has also signed numerous executive actions related to face coverings including that they be worn on federal property, on public transit, while passing through airports and on domestic flights.

It is a stark contrast to former President Donald Trump, who never enacted such orders and who seldom wore a mask in public.

In fact, in April 2020, the U.S. Postal Service has been planning on sending every American household a face mask, according to public records obtained by The Washington Post.

According to a draft press release, the agency was planning on sending out 650 million masks, enough to send five coverings on every household.

Additionally, the plan was to send masks to states that has been hardest early on like New York and Michigan.

However, a senior administration official told The Post that the White House nixed the plan after learning about it.

One official told The Post: There was concern from some in the White House Domestic Policy Council and the office of the vice president that households receiving masks might create concern or panic.’

The organizations hope this will give Americans guidance on which masks offer the best protection and which masks do not.

The standards, which are still being drafted, will be reviewed by ASTM’s Subcommittee on Respiratory Hazards before a final proposal is put together. 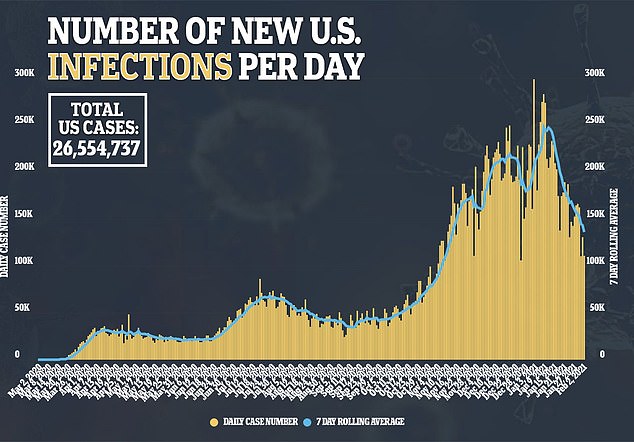 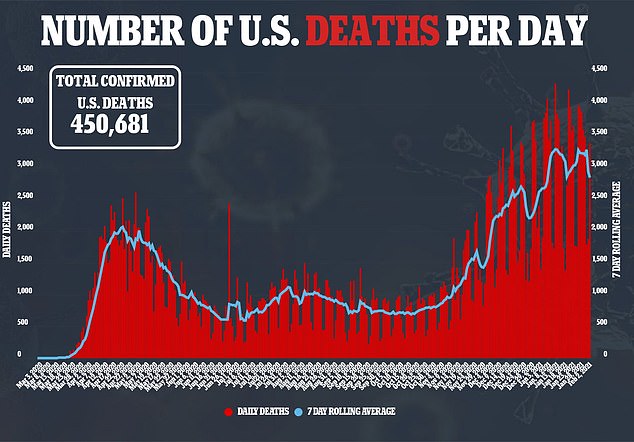 When the pandemic began, it led to a shortage of masks and people fashioning face coverings out of anything they could find including shirts as well as people

First reported by The Wall Street Journal, the masks were seized at 300 points of entry with about 51 percent of the seizures originating from China.

The counterfeit products were mainly masks that were claimed to be made by well-known companies such as 3M.

For example, one seizure, in Cincinnati, Ohio, in December 2020, included 21 boxes labeled as 3M Mask Model 1860, reported The Journal.