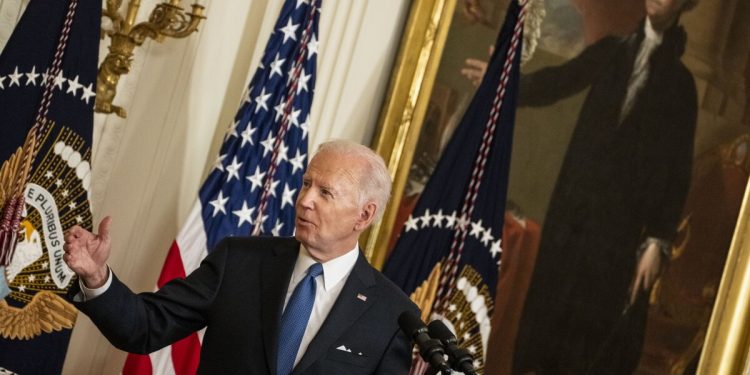 The Biden administration on Wednesday imposed a fresh round of sanctions on two Russian banks and wealthy individuals, including President Vladimir Putin’s daughters, following revelations of atrocities in Ukraine, the White House announced.

The sweeping package, which was coordinated with the European Union and Group of 7, stiffens sanctions on Sberbank, Russia’s largest financial institution, and on Alfa Bank, the nation’s largest bank. Action by the Treasury Department will also bar new investment in Russia by U.S. entities and imposes new and broad sanctions on some state-owned enterprises.

In a further effort to cripple Russia’s economy, U.S. officials said, President Biden will sign an executive order prohibiting new investment in Russia by any U.S. person. Since the Kremlin ordered the invasion of Ukraine in February, more than 600 multinational companies have already abandoned Russia.

The sanctions mark the latest escalation by Western allies to impose severe economic costs on Moscow for its attack and in retaliation for the “sickening brutality in Bucha,” a Kyiv suburb where Ukrainian officials said they found the bodies of civilians after Russian forces withdrew, according to a senior administration official who spoke on condition of anonymity in order to discuss details of the announcement.

“This is the most severe action we can take in terms of financial measures,” the official said.

The European Union is expected on Wednesday to announce a decision on a proposal to ban coal imports from Russia as Western allies look to curb Moscow’s ability to generate revenue to finance the war. The coal imports are estimated to total $4.4 billion per year.