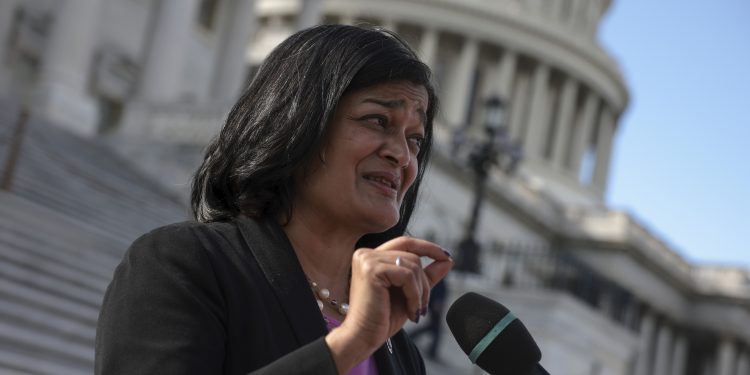 
Biden health officials are weighing a range of potential changes, from new constraints to outright termination, the people familiar with the matter said.

Providers participating in the program expect a decision on Thursday, several of them told POLITICO. “We’re cautiously optimistic that they won’t stop direct contracting immediately and they will do some revisions that will make it even better,” said Valinda Rutledge, a health care lobbyist at America’s Physician Groups, which represents direct contacting providers.

A Centers for Medicare and Medicaid Services spokesperson said the agency is considering external comments about its Global and Professional Direct Contracting Model, and that the agency will soon provide more information about the program’s future.

The internal review prompted a lobbying blitz from provider groups that support the direct contracting model and argue that eliminating it would waste time and money that the pilot’s participants, including medical groups and insurers, spent adapting to its requirements. The program is part of a longstanding, bipartisan effort to shift providers away from fee-for-service health care and toward new models that promote cooperation between providers and insurers.

CMS last year enrolled 53 organizations in the program, which is one of the Trump administration’s few surviving health policies, in a move seen as a public vote of confidence that the administration planned to keep it.

More than 200 health care groups and medical providers signed a letter Monday pleading with the health department to ensure the program’s survival, saying they’ve “worked tirelessly, most recently in the face of a global pandemic, to move towards a health care delivery and payment system that emphasizes quality and value.”

Some program supporters also warned that making changes now would deal a reputational blow to CMS’ Innovation Center — which is a central incubator for new policies aimed at improving care. Within CMS, one official said canceling a model years in the making risked frustrating policy staffers and prompting an exodus from the agency.

“If they’re going to make significant changes, or flat-out cancel a model, that’s going to have a chilling effect,” said Darryl Drevna, the senior director of regulatory affairs for physician trade group AMGA.

Yet despite widespread support for experimenting with new provider models, the administration has faced sustained pressure from the left over this particular program because it allows private companies to manage the care of beneficiaries who originally signed up for traditional, government-run Medicare.

Progressives have separately long criticized private insurers participating in the Medicare Advantage program for driving up costs, pointing to audits showing that the insurers routinely overcharge the government for care.

The direct contracting program’s first round of sign-ups last April also included a number of insurance companies and private equity-backed corporations, a development that cut against the administration’s broader goal of making care more efficient and intensified skepticism from liberal health groups.

Physicians for a National Health Program, an advocacy group for single-payer health care, sent HHS a letter Tuesday criticizing direct contracting for having “tarnished” the Innovation Center’s standing, adding that “ending the program would demonstrate a commitment to improved integrity and the best interests of beneficiaries.”

“We’re at a difficult passage here,” said Don Berwick, an Obama-era CMS administrator who supports altering the program, rather than eliminating it. “Mixed in together are providers that you want to support and insurers that really, in my view, just add cost without adding value.”

Jayapal, who heads the Congressional Progressive Caucus, led 50 lawmakers last month in calling for an end to direct contracting, saying it is a means to “privatize traditional Medicare by funneling beneficiaries, without their knowledge” to private insurers.

Variations of the model have come under scrutiny before. Last March, CMMI announced it would review a direct contracting model that was set to test whether providers can improve care by managing it by geographic region.

But the latest surge of criticism from prominent progressives is the strongest challenge yet to the program.

“There’s a dynamic with the left that they have to deal with for sure,” said Mara McDermott, who represents providers in the direct contracting model at lobbying firm McDermott+Consulting.

How to move: exercising after having Covid-19 | Fitness