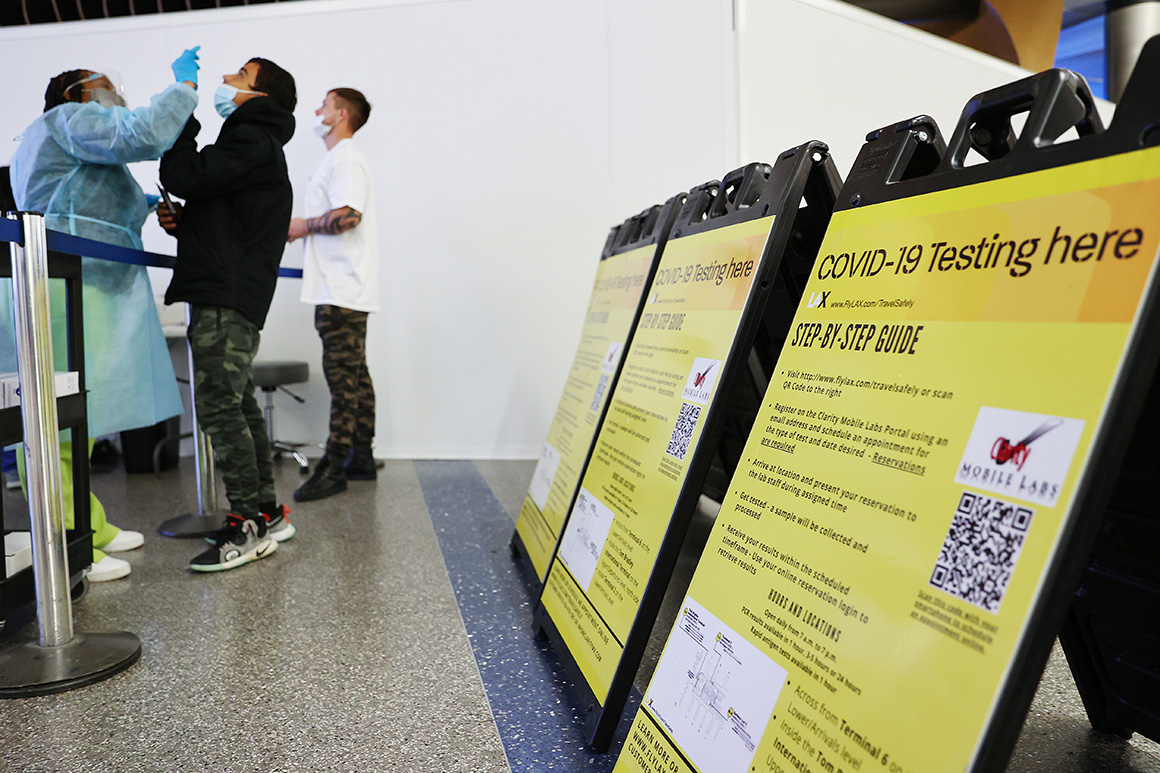 But he also cautioned that a new plan to buy and distribute 500 million free rapid tests could interfere with state-level efforts already underway to boost supply.

“Make sure that we do not let federal solutions stand in the way of state solutions,” Hutchinson said, calling the initiative “great, but obviously that drives up the supply chain for the solutions we might offer as governor.”

Biden in his opening remarks touted his administration’s work to boost testing availability and tamp down the surge, pointing to the planned 500 million-test purchase and a separate initiative that will soon require private insurers to reimburse the cost of at-home tests.

Yet he acknowledged the shortages that hit several states ahead of the holidays, referencing “long lines” seen around the country and conceding that he had not done enough to prepare for the rising demand.

“It’s clearly not enough — if we’d have known, we would’ve gone harder, quicker,” Biden said. “We have to do better and we will.”

The meeting with governors comes after a week that is expected to drive Covid-19 case counts sharply upward, fueled by the more transmissible Omicron variant and increased holiday travel.

The U.S. recorded more than 240,000 cases on Dec. 22, according to the Centers for Disease Control and Prevention, by far the highest level since last winter’s January surge. Earlier on Monday, top health official Anthony Fauci suggested it would be “reasonable” to consider requiring vaccination for domestic travel, though the White House has made no move to do so, and warned the jump in cases “could put a stress on the hospital system.”

But Biden offered a more optimistic view, telling governors that Omicron is a source of concern but not “panic” and that the federal government will be well-prepared to support states hit hard by the surge.

“This is not like March of 2020,” he said. “We’re prepared and we know what it takes to save lives, protect people and keep schools and businesses open. We just have to stay focused and continue to work together.”