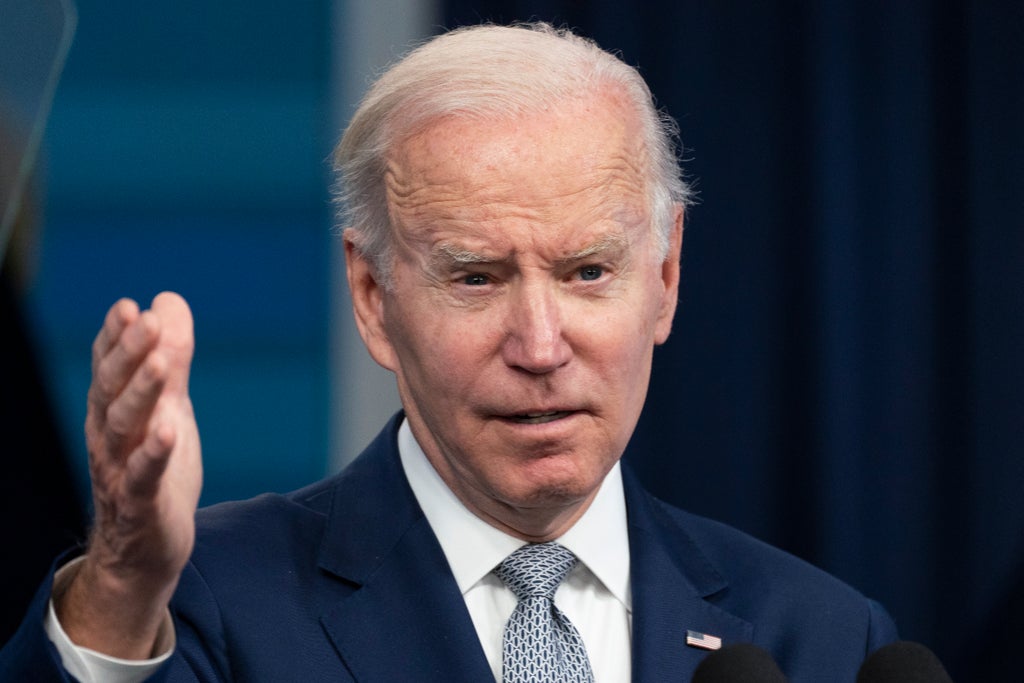 In a fiery speech, President Joe Biden assailed Donald Trump’s economic record and ridiculed him with a new moniker: “the great MAGA king.”

Mr Biden typically prefers not to mention his predecessor, and once jokingly remarked that he never thinks about him. But as he defended his own economic policies amid rising inflation and an uneasy stock market, Mr Biden took dead aim at the man he once called “the former guy.”

“Under my predecessor, the great MAGA king, the deficit increased every single year he was president,” Mr Biden said in Chicago on Wednesday, speaking to the International Brotherhood of Electrical Workers. “The first year of my presidency, I reduced the deficit by $350bn.”

The Democrat has frequently touted his reduction of the federal deficit in recent days, even as other economic figures – particularly the consumer price index, a key indicator of inflation – have worsened. On Wednesday, new data showed that the CPI had increased by 8.3 per cent from April 2021 to April 2022 – an improvement over the March numbers, but still marking some of the highest inflation in 40 years.

But in Mr Biden’s view, things were worse under Mr Trump. As Covid-19 first began to invade the United States in early 2020, when Mr Trump was still president, the US economy lost 22.4 million jobs. Mr Biden reminded his audience of that fact.

“We inherited an economy on the brink of a Great Depression – millions of people losing their jobs, losing their homes, but even more important, losing hope,” the president told the crowd.

As Mr Biden hit back, he specifically mentioned Mr Scott’s economic plan, which he said would put the very existence of Social Security, Medicare, and Medicaid up for a vote every five years. And once again, the president denounced the MAGA movement by name.

“The ultra-MAGA Republicans’ proposal puts – here’s what it does: it puts Social Security, Medicare… and Medicaid on the chopping block every five years,” Mr Biden said. “Now really, ask yourself, how well are you gonna sleep at night knowing that every five years, everything you’ve paid into may not be there?”

Before ‘Star Trek’ Can Become Reality, We First Have To Protect Planet Earth

Before ‘Star Trek’ Can Become Reality, We First Have To Protect Planet Earth