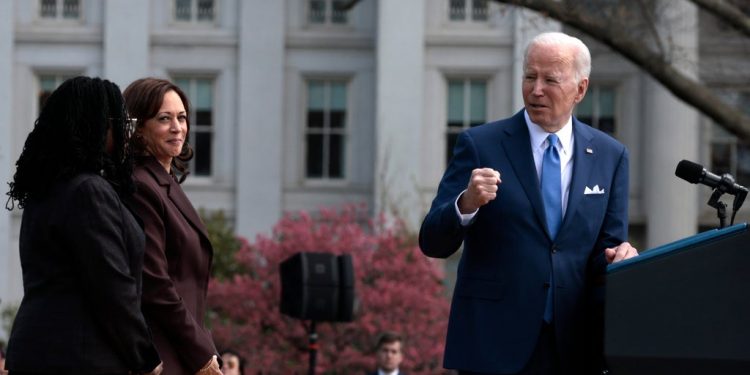 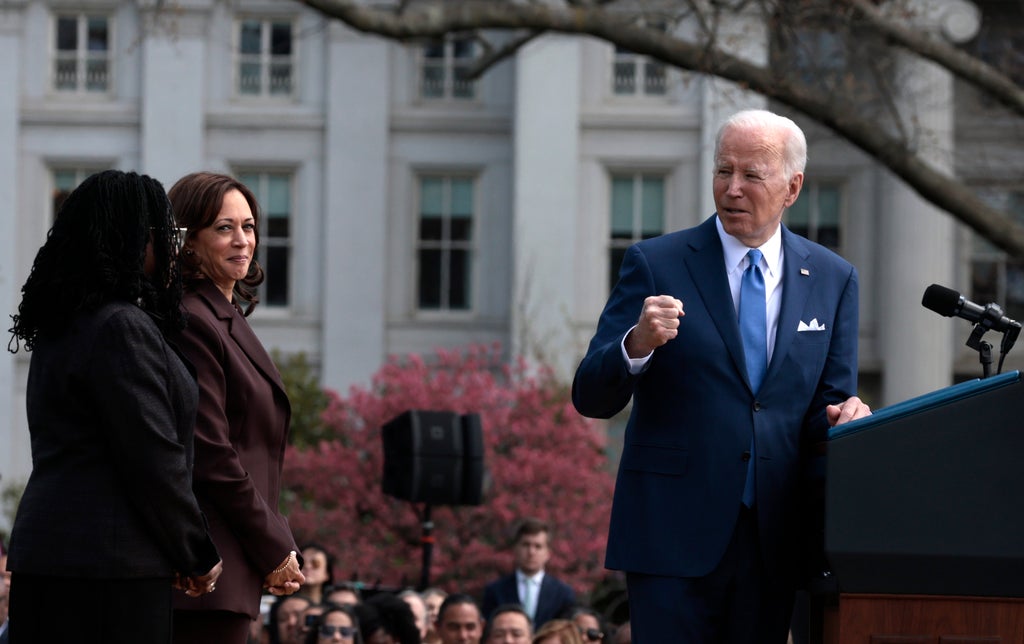 War in Ukraine ‘far from over’, says Joe Biden

Joe Biden has tested negative for Covid-19, according to the White House, meaning he has escaped something of an outbreak among the DC political class. Among those recently testing positive are White House Press Secretary Jen Psaki, House Speaker Nancy Pelosi and Democratic Senator Raphael Warnock.

Meanwhile, Mr Biden is expected to announce new gun regulations on Monday to rein in so-called “ghost guns” – privately made firearms without serial numbers that have been used in several high-profile violent crimes.

Mr Biden is expected to nominate Steve Dettlebach, an Obama-era US attorney, to run the Bureau of Alcohol, Tobacco, Firearms and Explosives, people familiar with the matter told the Associated Press.

The ceremony at the White House will be attended by survivors of and family members left bereaved by mass shootings including the Parkland school massacre and the shooting at the Pulse nightclub in Orlando.

Biden’s ambassador to the Vatican presents credentials to Pope Francis

Vice President Kamala Harris has also tested negative for Covid-19, according to the White House, alleviating concerns that she took a risk by presiding over Ketanji Brown Jackson’s confirmation vote while the virus was apparently infecting senators.

Joe Biden’s coronavirus response coordinator, Dr Ashish Jha, has said he is not “excessively concerned” about the trajectory of the Covid-19 pandemic despite a notable rise in the number of cases, which he said is being driven largely by the BA.2 variant.

“It is incredibly contagious, even more contagious than the original subvariant of Omicron, and it caused a substantial spike in cases in Europe,” he told MSNBC.

Gustaf Kilander has the story.

Ahead of his major gun safety event today, the president has tested negative for Covid-19. This means he has escaped infection despite coming into close contact with others who have recently tested positive, among them House Speaker Nancy Pelosi.

Analysis: How Washington gave up on the pandemic

The Independent’s senior Washington correspondent Eric Garcia has been reporting on the rash of Covid-19 diagnoses among the DC power elite in recent days, and has this analysis to offer.

Abby Finkenauer, who is running to challenge the longest-serving Republican senator, Iowan Chuck Grassley, has been dealt a serious blow by a judge who has ruled her ineligible for the Democratic primary ballot.

Ms Finkenauer was challenged by Republicans who claimed she did not submit enough valid signatures to become a candidate – and the case ultimately came down to three signatures that did not include the date.

According to the Des Moines Registerthe judge recognised how galling the ruling was.

“The Court takes no joy in this conclusion,” wrote the judge. “This Court should not be in the position to make a difference in an election, and Ms. Finkenauer and her supporters should have a chance to advance her candidacy. However, this Court’s job is to sit as a referee and apply the law without passion or prejudice. It is required to rule without consideration of the politics of the day.”

Among the numerous attendees of Joe Biden’s gun safety announcement later will be Brandon Wolf, a survivor of the 2016 Pulse nightclub shooting in Orlando, Florida.