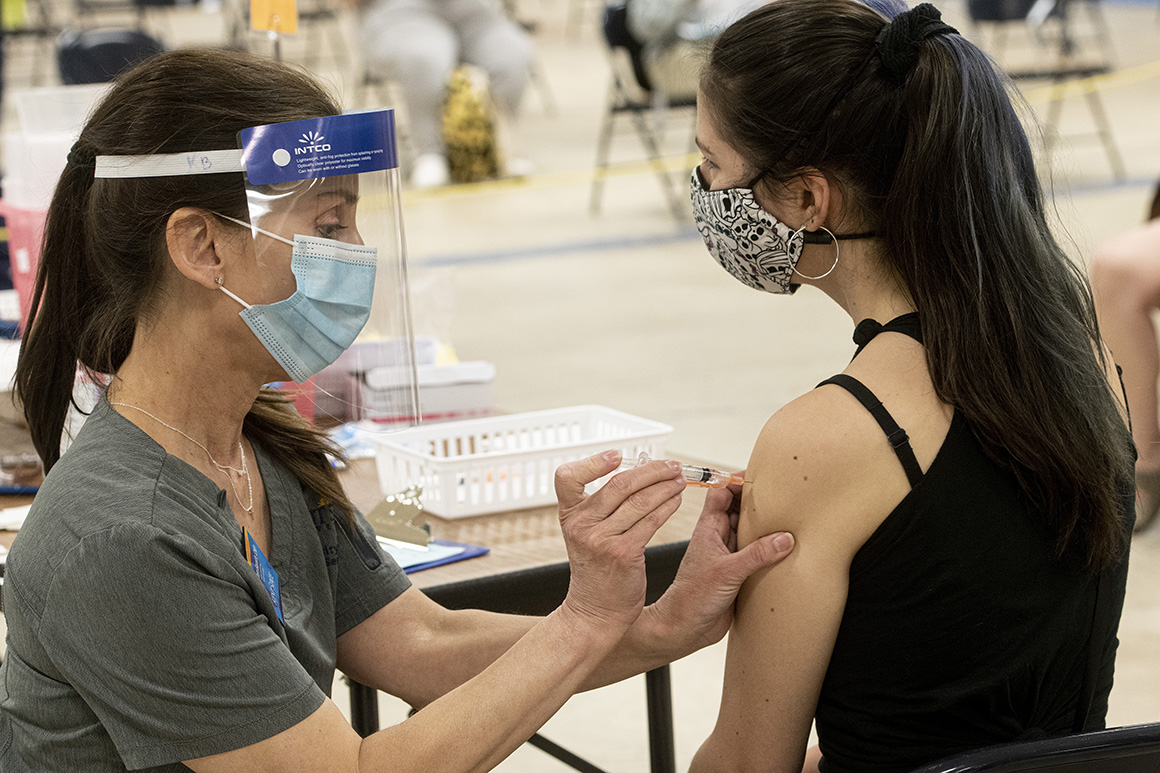 Zients batted down concerns that the stoppage could significantly delay the nation’s vaccination push, arguing that the Johnson & Johnson vaccine has accounted for less than 5 percent of U.S. vaccinations to date.

He and other administration officials said there should be enough doses of vaccines from Pfizer and Moderna to vaccinate most U.S. adults by late May. Many states and at least two major pharmacy chains said they would halt use of the Johnson & Johnson vaccine in response to the federal advisory.

But while there would be enough Pfizer and Moderna doses to vaccinate all adults, millions of children are not counted in those May goals. J&J, expected to deliver 100 million doses by June, factors into plans to immunize every American.

Conversations about whether to pause use of the J&J vaccine began early last week after the FDA and CDC had collected reports of individuals who received the shot experiencing severe blood clots, according to the two senior officials inside the CDC who have direct knowledge of the matter. Agency director Rochelle Walensky met with Fauci, and the FDA’s top vaccine regulator, Peter Marks, over the course of several days to analyze the data on the reported blood clots.

The White House learned of the matter on Monday night, Zients said Tuesday.

The concern, the two senior CDC officials said, is that there may be additional cases of the blood clots — a type known as cerebral venous sinus thrombosis — and that the agencies needed more time to track down those cases and analyze the data more completely. Federal officials also emphasized that they need time to educate medical personnel about the best way to treat this type of clot, which is different from the standard approach to clotting.

The CDC officials said that administration scientists determined the data they did have was enough to justify a temporary pause in the use of the vaccine, particularly because the Pfizer and Moderna shots would still be available. Both companies have made production improvements in recent months that have increased the pace of their vaccine deliveries to the U.S. government.

In the meantime, the CDC and the FDA are continuing to study the data and collect additional information about the scope of the problem and whether the blood clots are impacting a wider population than originally understood, the two CDC officials said.

Marks told reporters Tuesday that it is likely the government will receive more reports of blood clots in people who have gotten the J&J vaccine, as doctors and patients learn more about the symptoms.

He defended the administration’s decision to call for the pause in remarks later that day at an event organized by the American Medical Association.

“Everyone knew that there was the potential that we would cause some concern here, and then it could cause a hit, so to speak, to vaccine confidence,” Marks said. “The larger concern was, if we made some announcement about this but did not have a pause, and in a few days collected another dozen or 18 cases.”

In the meantime, states have been left to grapple with how to deal with the gaps created by the decision to halt use of the J&J vaccine. Some are moving to give vaccines by Moderna and Pfizer to people scheduled to receive the J&J shot; others have canceled appointments at sites that were doling out the vaccine.

The federal government will not ship out any doses of the J&J shot this week, according to three sources with knowledge of the matter. But 28 million doses of the Pfizer and Moderna vaccines will be available this week — nearly 18 million of which will go to states, while the rest will be sent to federal vaccination programs, such as those centered on retail pharmacy chains and community health centers, two of those sources said.

Aside from the immediate logistical challenges created by the pause, governors and other state officials are worried it could fuel vaccine hesitancy, which has steadily decreased as the pace of inoculations has accelerated.

“I salute the CDC for erring on the side of caution to give everybody that sense of confidence,” Connecticut Gov. Ned Lamont, a Democrat, said at a press conference shortly after a call with White House officials. “A number of the governors thought, though, that the White House team was a little naive when they said that this is just going to be a pause, and then we restart our engines.”

Sarah Owermohle and David Lim contributed to this report.

After ‘God awful shooting’ of Daunte Wright, Biden under pressure to move on police reform

Reasonable for businesses to keep masks

Tall, Skinny Conifers for the Southeast