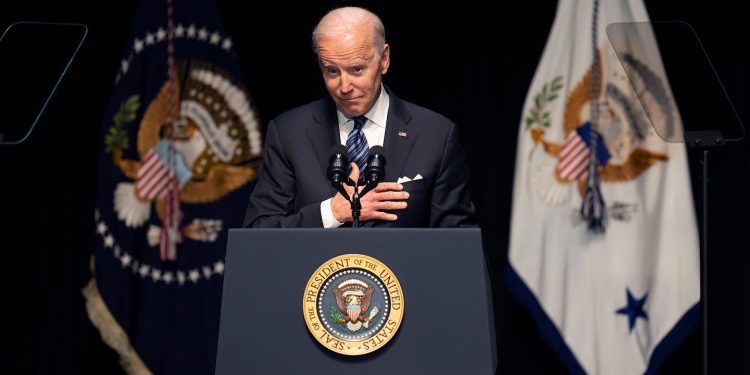 MINNEAPOLIS — President Biden on Sunday paid tribute to one of his closest friends and mentors, the man who guided him in some of the darkest times in his life, taught him how to be a senator and advised him on the vice presidency.

In a 30-minute speech that was at times humorous and other times emotional, Biden called former vice president Walter Mondale “one of the great giants in American history — and that’s not hyperbole.”

“He was one of the finest men you’ve ever known,” Biden said. “One of the most decent people I’ve ever dealt with, and one of the toughest, smartest men I’ve ever worked with.”

Biden has made it a point to attend funerals — this was the second for him within a week, after former secretary of state Madeleine Albright’s service last Wednesday. From Colin Powell to former Senate majority leader Harry M. Reid (D-Nev.), Biden has used funerals to express his empathy, emphasize bipartisanship and pay tribute to what he sees as the long-standing traditions of American public life that have been disrupted in recent years.

Biden, funerals and a bygone America

The president’s remarks at the Mondale memorial were especially personal. He recounted how Mondale and his wife helped give Biden’s life purpose when Biden’s wife and daughter were killed in a car accident, just before he was sworn into office as a new senator in 1973.

“Fritz and Joan, they embraced me,” Biden said. “They helped me find my purpose in a sea of darkness and pain. … They kept me engaged. They helped me get up when it was easy to give up.”

Biden recalled that when he was asked to be Barack Obama’s vice president, one of his first calls was to Mondale, another longtime senator who had served as second-in-command to a relative Washington newcomer. Mondale reformed the way vice presidents conceptualized their role, he said, turning it into more of a direct partnership, and Biden tried to use that as a model.

“He told me, in essence, that the vice presidency holds no inherent power. None. Zero,” Biden said. “The vice presidency is merely — and it’s true — is a reflection of a relationship with the president of the United States.”

And their relationship endured; Biden had been on the phone with him not long before Mondale passed away.

Mondale died at age 93 in April 2021, but his funeral was delayed because of the pandemic. He served as a state attorney general, senator and vice president, and later as ambassador to Japan under President Bill Clinton.

Mondale was also the Democratic nominee for president in 1984, and among his most notable moves was putting the first woman on a major party presidential ticket, selecting then-Rep. Geraldine Ferraro (D-N.Y.) as his running mate. They lost to President Ronald Reagan in a landslide, but Ferraro paved the way for such figures as Sarah Palin, Hillary Clinton and Vice President Harris.

“Walter Mondale was a giant of the Senate, a formidable vice president and a truth-telling presidential nominee of his party who never stopped standing by principle,” said historian Jon Meacham, who stressed the sweep of Mondale’s career and legacy on civil rights, women’s rights and environmental protection.

Even with the presence of national figures like Biden, Sunday’s ceremony had a hometown flavor, abounding with Norwegian jokes and references to Minnesota figures. In her speech, Sen. Tina Smith (D-Minn.), who counts Mondale as a mentor from her early days as a political volunteer, relayed how 10 days before Mondale’s death, she met him for lunch.

“A lot of us who knew Mr. Mondale, we started out thinking of him as a hero and we wound up daring to think of him as a friend,” Smith said.

Sen. Amy Klobuchar (D-Minn.) said it was Mondale who first encouraged her to run for the Senate. He was also the first, she said, to teach pundits how to pronounce her last time. And when she spoke at the Democratic National Convention in 2004, he warned her about the dangers of relying on a Teleprompter.

So she memorized the speech — and the Teleprompter that night broke.

“I could see Walter Mondale in the front row,” Klobuchar said. “I made eye contact with him, and I have never seen a more pointed I-told-you-so nod in my life. I nodded back.”

On a gray day in Minneapolis, the lobby of Northrop Auditorium at the University of Minnesota, where the service was held, was covered with photos of Mondale fishing, hunting and flashing a smile.

Some attendees recalled in interviews how the former vice president touched their lives. Dennis Marchetti said he went on hunting trips with Mondale in Greaney, Minn., near the Canadian border. “He was a very good shot,” Marchetti added.

Ruth Usem, 82, met Mondale over many fundraising events she held for Ferraro in her home, recalling vividly his sense of humor.

Ishmael Befera, 17, smiled at a photo of himself fishing in Manatu, Canada, with the former vice president, who had been friends with his grandfather.

“He’d say, ‘Patience is key to catching a fish,’ ” Befera recalled. “If you have patience, everything will come to you.” 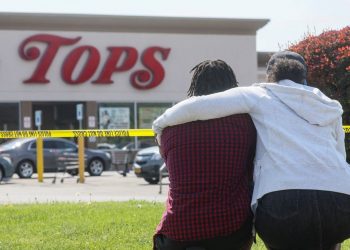 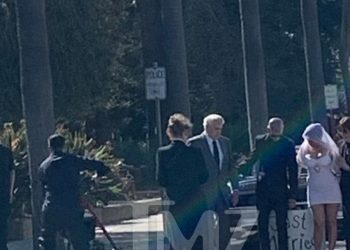 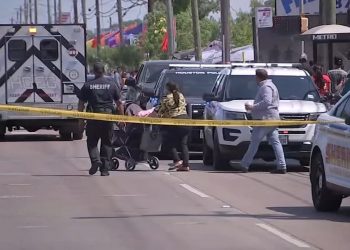