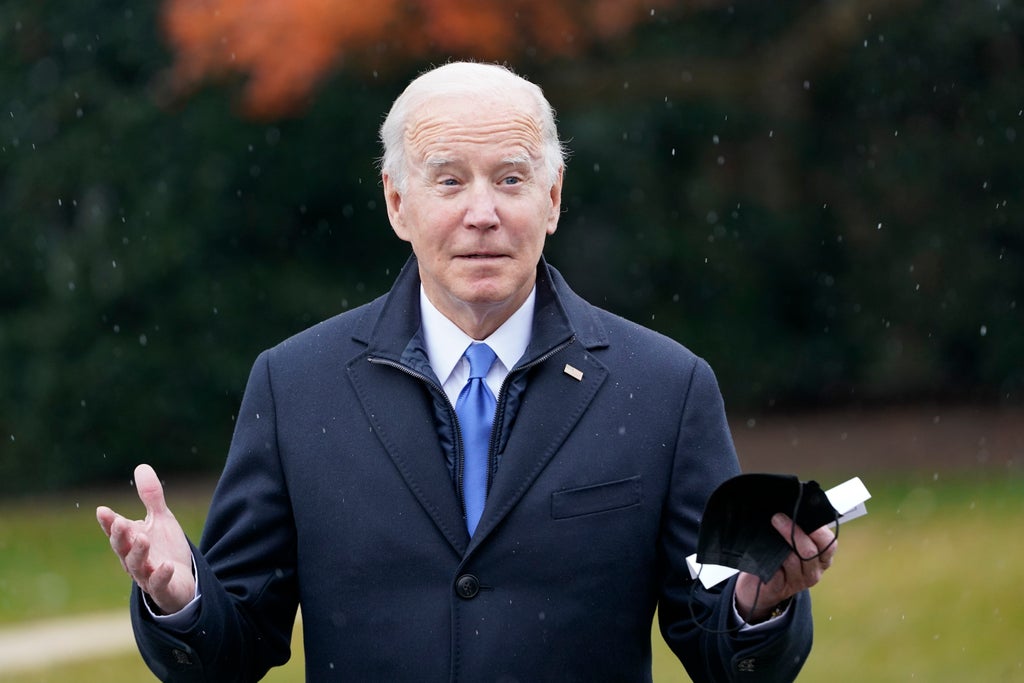 President Joe Biden on Wednesday said he has “absolute confidence” that Russian president Vladimir Putin “got the message” that the US would impose severe consequences on his economy if Russian forces invade Ukraine.

Mr Biden spoke with Mr Putin for roughly two hours on Tuesday amid tensions from the buildup of Russian troops along the country’s border with Ukraine, a former Soviet republic that has been fighting Russian-backed separatist forces in conflicts that began when Russia invaded the Crimean peninsula in 2014.

Speaking to reporters on the south lawn of the White House, Mr Biden said he was “very straightforward” in his representations to the Russian leader of the cost that would be imposed if his troops cross Ukraine’s border with Russia.

“ I made it very clear, if in fact he invaded Ukraine,  there will be severe consequences … economic consequences like none he’s every seen or ever have been seen in terms of being imposed,” Mr Biden said.

Mr Biden said Mr Putin’s “immediate response” was that he understood what he was promising, and added that he told Mr Putin that the US would “probably also be required to reinforce our presence in NATO countries to reassure particularly those in the eastern front,” as well as provide Ukrainian forces with unspecified “defensive capabilities”.

But the president also told reporters that placing US troops in Ukraine as a deterrent or response is “not on the table” because Ukraine isn’t a Nato member.

“We have a moral obligation and a legal obligation to our Nato allies if they were to attack, under article five — it’s a sacred obligation,” Mr Biden said. “That obligation does not extend to … Ukraine”.

Article Five of the North Atlantic Treaty commits member countries to respond to an attack on one of them as an attack on all of them. The provision, originally meant to provide a bulwark against a possible Soviet attack, has been invoked just once: in the wake of the 11 September 2001 terrorist attacks.

The president did leave open the possibility that the US would commit troops to Ukraine’s defence in the event that Nato’s membership decides to act.

“it would depend upon what rest of the NATO countries were willing to do as well. But the idea that the United States is going to unilaterally use force to confront Russia invading Ukraine is not … in the cards right now,” he said.

Buying a House With Cash vs. Getting a Mortgage