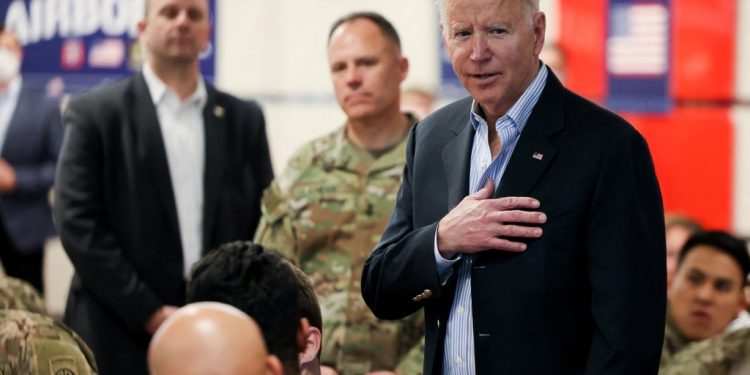 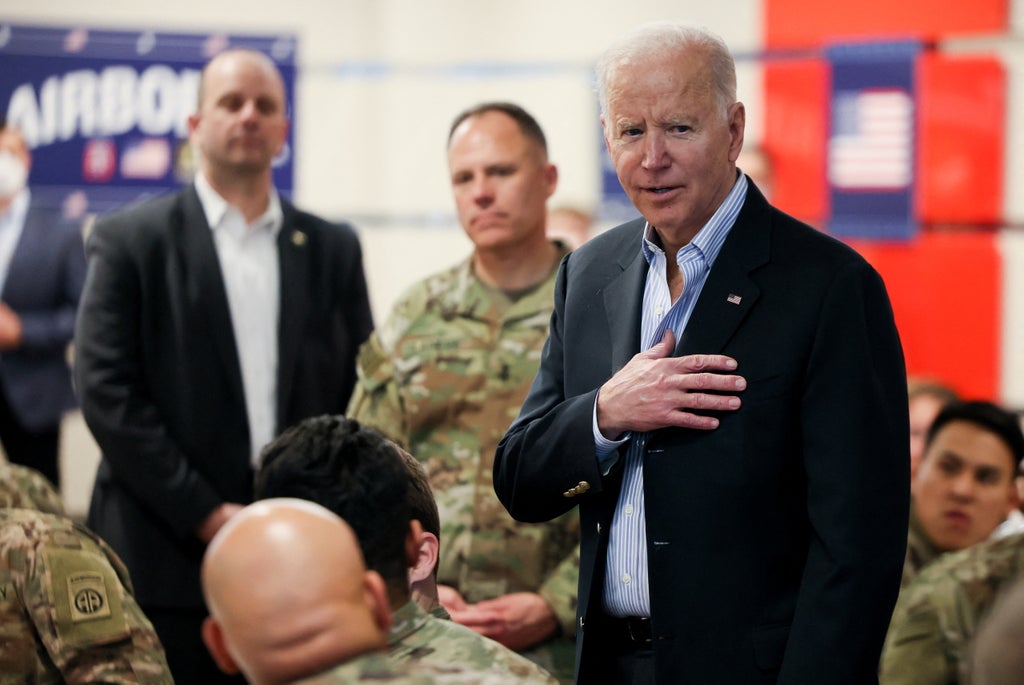 US President Joe Biden on Friday said his advisers have told him he cannot visit the Poland-Ukraine border because of security concerns as he hailed the courage of Ukrainians — soldiers and ordinary citizens alike — who’ve taken up arms to defend against the now month-long unprovoked Russian invasion of their country.

Speaking at a briefing on the humanitarian crisis brought about by Russia’s aggression, Mr Biden compared the Ukrainian people’s defence of their country to the students who stood up to China’s communist government during pro-democracy protests in the late 1980s, and hailed the “courage, passion, resilience” of Ukraine’s people.

“When you see a 30 year old woman standing there in front of a tank with a rifle. I mean, talk about what happened to Tiananmen Square, this is Tiananmen Square squared,” he said.

Mr Biden, who arrived in Poland after a Friday morning meeting with European Commission president Ursula von der Leyen in Brussels, said he was there “to see firsthand” the humanitarian crisis, and lamented how he was not being allowed to visit the border.

“Quite frankly, part of my disappointment is that I can’t see it firsthand like I have in other places,” he said.

Earlier on Friday, the president visited with members of the US Army’s 82nd Airborne Division at their temporary headquarters in Jasionka, Poland, where they’ve been deployed as part of a Nato effort to reinforce the alliance’s eastern flank as a deterrent against Russia.

Speaking to a large group of soldiers at the G2A Arena, Mr Biden praised the Ukrainian people as having “a lot of backbone” and “a lot of guts”.

He told the troops he was not confining his assessment of Ukrainian fortitude to the regular forces who’ve been fighting Russian troops since they invaded last month.

While Mr Biden’s remarks implied the possibility that US troops would be crossing the border into Ukraine, he has previously denied that American forces would do so on numerous occasions while vowing that they would act to defend “every square inch” of territory in Nato countries such as Poland.

The White House did not immediately respond to The Independent’s request for comment on whether the president misspoke or was signaling a change in US policy.