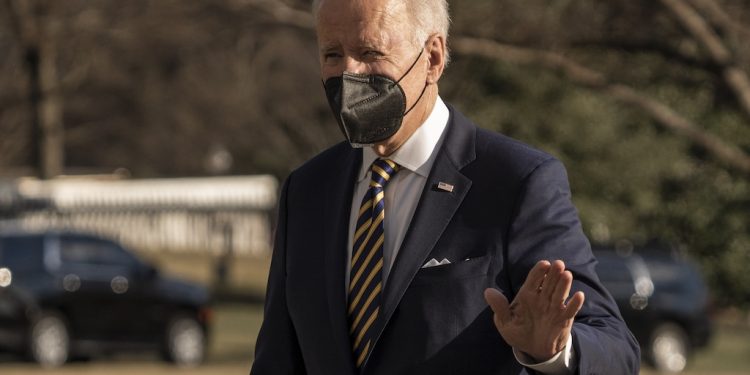 The remarks come as several states, many of them led by Democratic governors, lay out plans to loosen mandates despite warnings from federal health officials. The director of the Centers for Disease Control and Prevention, Rochelle Walensky, said this week that “now is not the moment” to drop masking mandates.

On Thursday, Nevada became the latest state to remove a requirement that people wear face masks in most indoor settings. Gov. Steve Sisolak (D) said the mandate would be lifted immediately in some instances, though they would remain for areas such as health-care facilities.

Nevada joins Connecticut, Delaware, New Jersey, Oregon, Rhode Island, California, New York, Illinois and Massachusetts on the list of states to say they will loosen restrictions. All but Massachusetts are led by Democratic governors.

Federal regulators continue to endorse universal indoor masking in many situations. But Biden said he realized the omicron-driven surge has had a “profound impact on the psyche of the American people,” in an apparent reference to the public fatigue from a global pandemic that is now in its third year.

The number of new daily infections has dropped significantly in the United States, official figures show. The seven-day average of new infections peaked on Jan. 15, hovering above 806,000, according to CDC data. As of Wednesday, it was just over 215,000. Hospital admissions linked to covid, measured on a seven-day moving average, also peaked on Jan. 15, at around 21,600. That had fallen to about 12,100 as of Tuesday.

Those numbers are still elevated compared with earlier points during the pandemic, though vaccination rates are also higher.

Federal officials have previously noted that many of the Democratic governors that loosened mask mandates do not prevent local jurisdictions from imposing them.