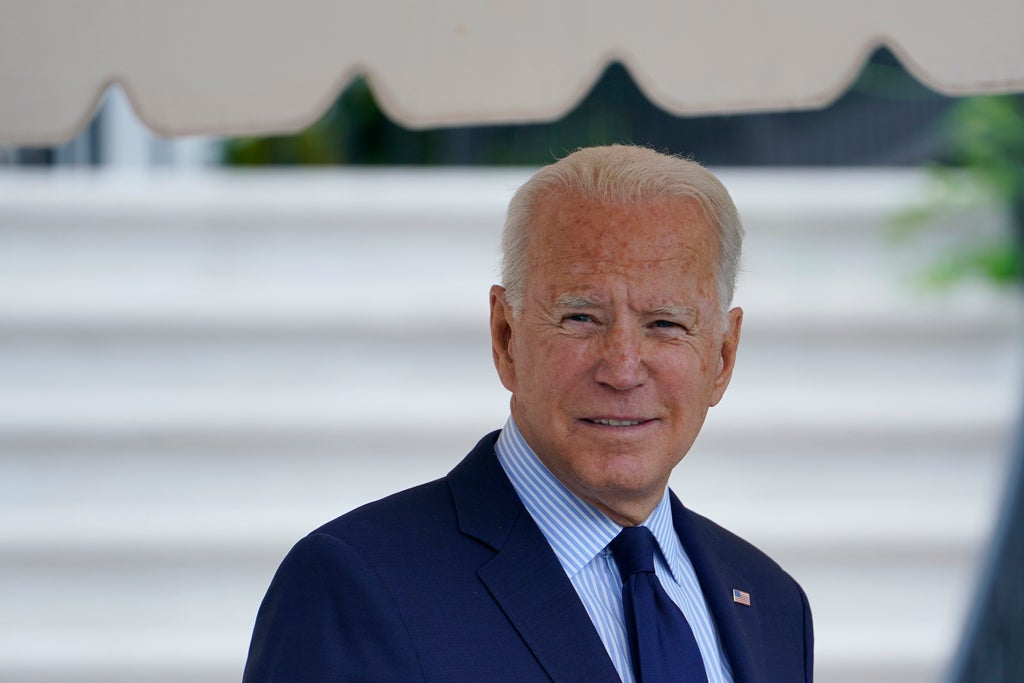 President Joe Biden appeared to walk back from his assertion that Facebook was “killing people” by not doing more to stop Covid-19 disinformation, after the company responded to the fiery remark.

Speaking with reporters on Monday after a speech on the economy at the White House, the president addressed his previous comments, as well as Facebook’s response.

Mr Biden said that while he wanted the company to do more, he meant to aim his criticism at the users of the site responsible for spreading misinformation about the disease and vaccines authorized by the FDA to prevent it.

“It was pointed out that on Facebook … of all the misinformation [on the platform], 60 per cent of it is coming from 12 people,” Mr Biden said. “So I was asked that question about what do I think was happening.”

“Facebook isn’t killing people,” he continued. “These 12 people are out there giving misinformation, [and] anyone listening to it is getting hurt by it.”

His clarification was a swift departure from remarks he made on the White House lawn on Friday, when he was asked by reporters what his message was to big tech companies and social media companies in particular.

That remark triggered a swift response from Facebook, as well as congressional Republicans who resurrected charges of censorship that conservatives have leveled in the past when social media companies have acted without government direction to stop deliberately false information from being spread on their platforms.

“The fact is that more than 2 billion people have viewed authoritative information about COVID-19 and vaccines on Facebook, which is more than any other place on the internet. More than 3.3 million Americans have also used our vaccine finder tool to find out where and how to get a vaccine,” said a Facebook spokesperson, Dani Lever, in response to the president’s comments on Friday.

“The facts show that Facebook is helping save lives. Period,” Ms Lever said.

In recent days, right-wing Republicans have pushed back hard against the Biden administration’s attempts to convince more Americans to get vaccinated, while conservative Americans in general are showing more hesitancy towards the vaccine than are others.

The US has seen its rate of new Covid-19 cases rise in recent weeks as the more-infectious “Delta” variant has now been recorded in all 50 states and is thought to be driving the latest wave of infections.

The US Surgeon General, Dr Vivek Murthy, issued a public health warning about misinformation surrounding Covid-19 and vaccines last week and stated that false claims about the vaccines are now chiefly responsible for driving Covid-19 infections in the US.