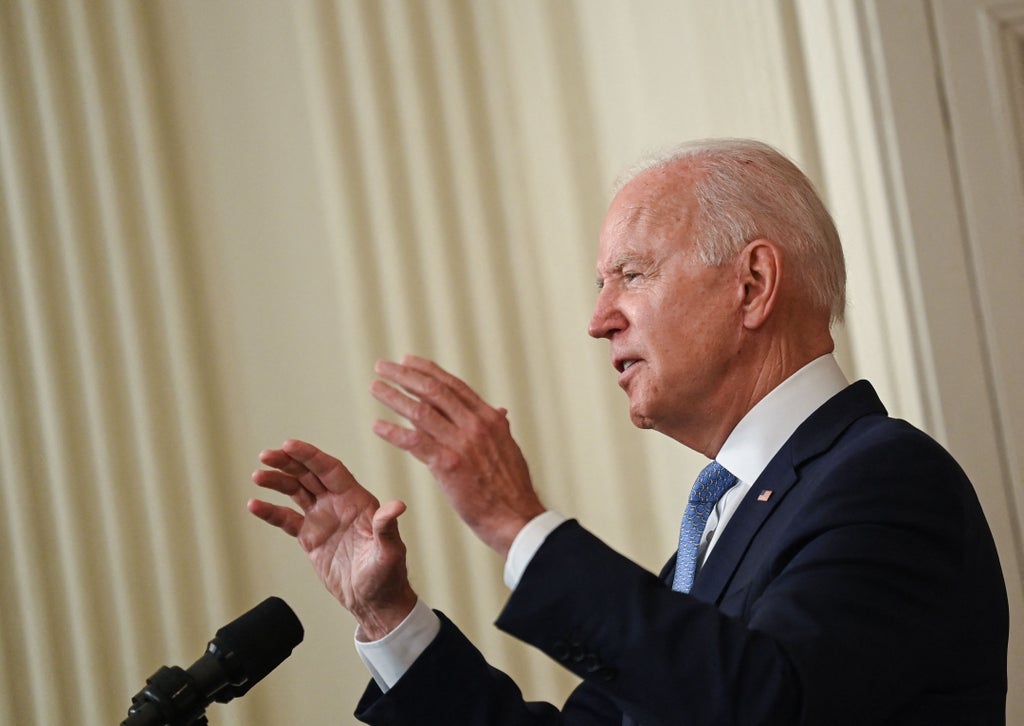 Speaking at the White House around midday eastern time, the president pledged federal assistance for those experiencing flood damage and power outages, while calling on the private insurance industry to honour agreements with those who fled the storm’s onslaught.

“My message to everyone affected is: we’re all in this together. The nation is here to help,” said the president.

“I want to express my heartfelt thanks to all the first responders, and everyone who has been working throughout the night to get the power back on,” he continued.

After describing some of the storm’s damage across several states, the president issued a stern reminder directly to the nation’s disaster insurance providers: “No one fled this killer storm because they were looking for a vacation or a road trip.”

“I’m calling the private insurance companies, right now – don’t hide behind the fine print. Do your job,” he said.

As many as one million Louisiana residents are thought to have lost power in as a result of Ida’s relentless winds, and in New York, New Jersey and Pennsylvania videos from Wednesday of shocking flash floods pouring through subway stations, apartments and down city streets precluded a dismal scene on Thursday as residents inspected damage and checked on loved ones.

Thousands of people were in need of water rescues across Pennsylvania and other states, according to local officials, and federal officials rushed to stop gas and other fuel shortages caused by damage to the nation’s energy sector infrastructure in the southeastern US. Roughly two dozen were believed to have been killed as of early Thursday afternoon.

A fact sheet released by the White House earlier on Thursday detailed a list of actions across the administration being taken to support Ida victims, including changes to food stamp (SNAP) benefits allowing recipients to purchase cooked meals as well as disaster shelters being set up across Louisiana.

The storm caused unprecedented weather events across the US, with some of the starkest examples occurring in New York City; the city’s famed Central Park alone saw more rainfall in a few hours than it usually sees for the entire month of September.

During his remarks, the president praised improvements made to Louisiana’s levee system that largely failed during Hurricane Katrina in 2004, causing massive damage in and around the New Orleans area. Mr Biden also said that more states needed to make critical improvements to infrastructure to prepare for the worst effects of climate change, which is expected to cause powerful hurricanes like Ida to form more frequently.

“Hurricane Ida didn’t care if you were Democrat or Republican, rural or urban. The destruction is everywhere,” he said.

“These extreme storms, and the climate crisis are here,” added the president. “We need to be better prepared.”