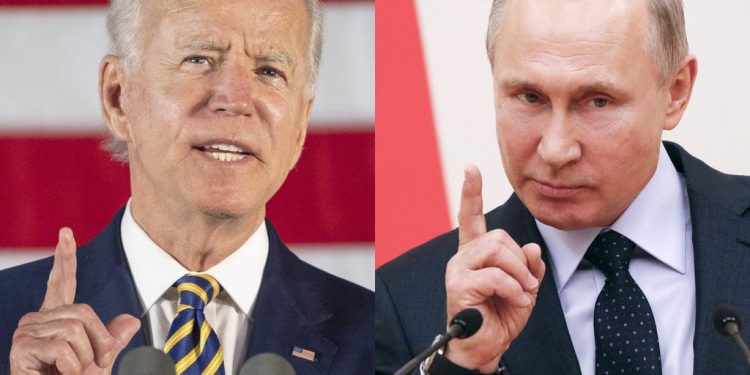 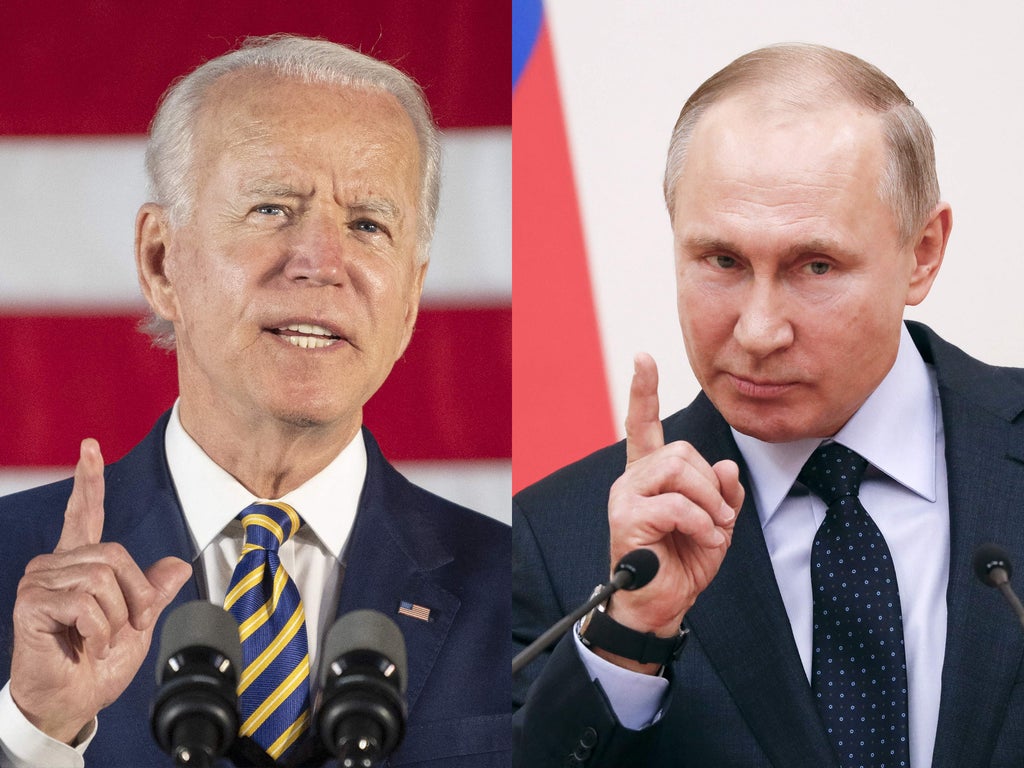 President Joe Biden called Vladimir Putin on Saturday to warn him of “swift and severe costs” if Russia invades Ukraine, in an apparent last-ditch attempt to avoid military conflict in eastern Europe.

The leaders spoke for an hour as several more countries urged their citizens to leave Ukraine following Western intelligence reports that fighting could begin as soon as next week.

Kremlin officials said the phone call took place against a backdrop of “hysteria” in the West and that the United States had not addressed Russia’s main security concerns.

Russia has massed more than 100,000 troops near the Ukraine border and has sent troops to exercises in neighbouring Belarus, but has repeatedly denied intends to launch an offensive against Ukraine.

It is demanding that the West keep Ukraine and other former Soviet countries out of NATO and to refrain from deploying weapons near its border.

Britain on Saturday announced it was withdrawing its remaining troops from Ukraine. Small numbers of British personnel have undertaken Operation Orbital training missions since Russia’s seizure of Crimea in 2014 , including around 30 deployed recently to train the Ukrainian military on anti-tank missiles.

Foreign Secretary Liz Truss said she agreed with Washington that “Russia will face massive consequences for any invasion, including severe sanctions,” adding: “Russia must deescalate and engage with NATO proposals.”

Ukraine’s foreign ministry called for calm and urged all sides to “avoid actions that undermine stability and sow panic.”

In Kiev, several thousand people rallied to show unity amid fears of a Russian invasion. They chanted “Glory to Ukraine” and carrying Ukrainian flags and banners that said “Ukrainians will resist” and “invaders must die”.

Among the crowd were British nationals vowing to stay and defend Ukraine, but others are scrambling to leave amid fears commercial flights could soon be suspended.

The Biden-Putin phone call was the first direct conversation between the two leaders since December.

The White House said: “President Biden was clear that, if Russia undertakes a further invasion of Ukraine, the United States together with our Allies and partners will respond decisively and impose swift and severe costs on Russia.

“President Biden reiterated that a further Russian invasion of Ukraine would produce widespread human suffering and diminish Russia’s standing. President Biden was clear with President Putin that while the United States remains prepared to engage in diplomacy, in full coordination with our Allies and partners, we are equally prepared for other scenarios.”

A senior administration official described the call as “professional and substantive”, but added there was “no fundamental change in the dynamic that has been unfolding now for several weeks”.

The United States has moved its remaining troops out of Ukraine and ordered the evacuation of most of its embassy staff from Kiev. The Pentagon pulled out nearly 160 members of the Florida National Guard who had been in the country since November.

Adding to the sense of crisis, the Pentagon ordered an additional 3,000 troops to Poland to reassure allies.

It comes after a hectic week of diplomatic negotiations designed to remove the risk of war.

French president Emmanuel Macron and British Foreign Secretary Liz Truss were among those to visit Moscow this past week as well as four-way talks taking place in Berlin between Russia, Ukraine, Germany and France but with no breakthrough.