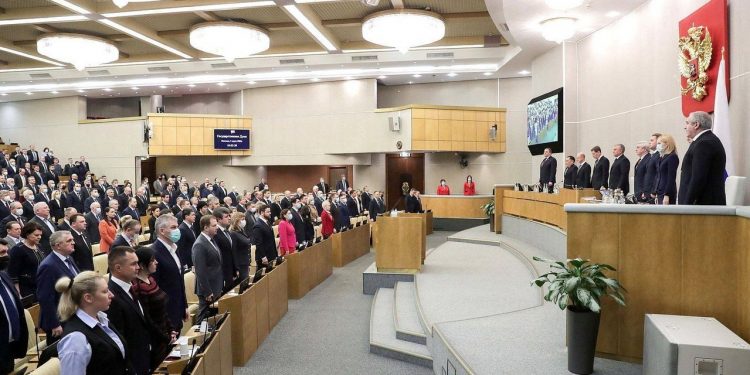 WASHINGTON—The Biden administration is preparing sanctions on most members of Russia’s State Duma, the lower house of parliament, as part of an effort to punish Moscow over its invasion of Ukraine.

President Biden intends to announce the sanctions on more than 300 members of the Russian State Duma as soon as Thursday during his trip to Europe, where he will meet with allies from the North Atlantic Treaty Organization to formulate their next steps, according to U.S. officials and internal documents viewed by The Wall Street Journal.