Biden wants to move U.S. past Covid. Here’s his plan to do it 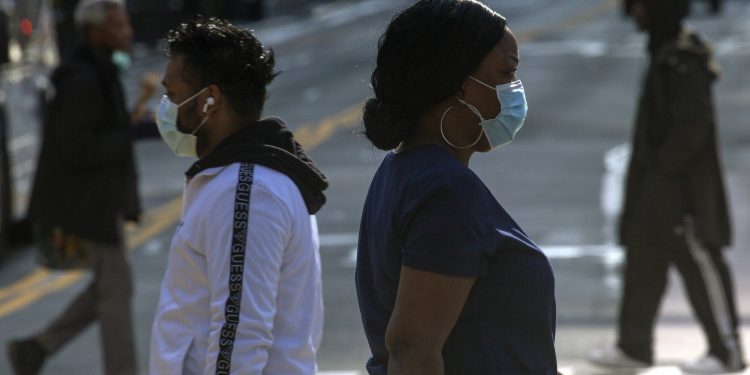 
“Vaccines, treatments, tests, masks: These tools are how we continue to protect,” said Jeff Zients, the White House’s Covid-19 response coordinator, during a press briefing. “They enable us to move forward safely.”

While the Omicron surge is waning, more than 1,800 people in the U.S. are dying each day from the virus and the nation is still averaging more than 450,000 new infections per week, according to CDC data. But there is a patchwork of realities across the country, with some communities reporting virtually no new cases while others grapple with hospitalization spikes among unvaccinated people.

Officials still shied away from declaring that the pandemic is winding down or could turn into a regular, endemic, part of life. “We are clearly going in the right direction,” said Anthony Fauci, Biden’s chief medical adviser and infectious disease expert. “And with all the interventions we have, I believe that we are prepared for the possibility that we will get another variant.”

The strategy, which was developed by White House and health officials over the last several weeks, is organized around the central goals of protecting and treating Covid; preparing for new variants; guarding against economic and educational shutdowns; and leading the global vaccination effort.

Health and Human Services Secretary Xavier Becerra spoke about the department’s role in distributing tests and vaccines through a program launched at the start of January, the HHS Coordination Operations and Response Element. The appearance — Becerra’s first at a White House Covid briefing — is a sign that the health department will take a far more visible role in the next phase of pandemic response.

The administration’s descriptions for how it anticipates meeting its long-range objectives are largely high level so far, with the plan asserting aspirations of “ensuring there are enough treatments for Americans who need them” and to “continue to have a robust supply of tests.”

At multiple points during Wednesday’s briefing, officials emphasized that much of the strategy relies on Congress authorizing significantly more funding — a step that Republicans have signaled they are skeptical of taking. Zients refused to detail how much money the administration needs to execute on its plan, saying only that it will soon send its request to Capitol Hill.

Biden’s more specific plans include creating a so-called Test to Treat initiative that allows people who test positive for Covid at certain pharmacy clinics to immediately be prescribed treatment on-site.

The administration also committed to launching a new website to help Americans more easily find up-to-date public health guidance and Covid risk assessments for their locality, and to ensure schools and businesses have the guidance and resources to avert the need for shutdowns.

HHS, meanwhile, will expand the administration’s work on the longer-term effects of the pandemic, with Becerra detailing plans to invest in mental health supports, research on long Covid and learning loss if Congress approves new funds.

Administration officials stressed as well that there is still significant effort required to vaccinate the rest of the world — a goal that has so far been hampered by distribution setbacks and difficulties in international coordination.

Biden’s new plan pledges to boost funding for global vaccination efforts and the delivery of emergency aid. But that is also likely contingent on congressional action, and the administration is not committing to send more vaccines beyond the 1.2 billion that it already promised.

The strategy — which officials are billing as an update to the response plan that Biden unveiled on his first day in office — represents a milestone for the president after a first year consumed by the pandemic.

After weathering the Delta and Omicron surges, cases and hospitalizations have plummeted over the last few weeks — bolstering the administration’s confidence that the nation is on the verge of a lull that can allow the restoration of some sense of normalcy. CDC Director Rochelle Walensky and Zients indicated the administration will evaluate federal masking requirements for rail and air travel — which remain in place — over the coming weeks.

“We’ve reached a new moment in the fight against COVID-19, with severe cases down to a level not seen since last July,” Biden said during his Tuesday State of the Union address, in what amounted to his most optimistic remarks on the pandemic in months.

But the White House is also determined to avoid a repeat of last summer’s July Fourth celebration, when it all but declared the pandemic over only to get hit with a lethal surge within weeks.

The administration has stressed this time around that it will spend the next several months preparing for the next dangerous variant, with the plan vowing to expand its data capabilities and supplies.

The plan proposes bolstering surveillance and data collection and speeding the Food and Drug Administration’s review of already-authorized vaccines that are altered to target new variants. It also announced that coronavirus tests, antiviral pills and masks would be added to the Strategic National Stockpile for the first time. Officials are also attempting to source child-sized masks and add them to the Strategic National Stockpile.

Fauci said that on top of improved surveillance, health officials are working with companies to ensure that a variant-tailored vaccine could be launched within 100 days of recognizing the threat. That would be record-breaking development and launch, but variants’ rise can also be rapid: Delta and Omicron both became the dominant variant within weeks of first being recognized.

The Biden administration wants Congress to reinstate tax credits for small- and mid-sized businesses that provide paid sick leave and family leave for people dealing with Covid-19. It also wants to promote efforts by schools and businesses that install improvements to ventilation systems.

“We must be prepared to respond to a new variant quickly and keep our schools and businesses open,” the plan reads.

Several of the roadmap’s initiatives, such as shifting mask guidance and educating Americans on vaccines’ benefits, have been laid out by health agencies.

The roadmap also noted plans to develop a universal coronavirus vaccine to combat future threats. But building a universal vaccine for fast-evolving viruses, such as for the annual flu season, has eluded scientists for years.

“It’s really going to be an incremental process,” Fauci said Wednesday, warning that it’s too soon to set a timeline for such a vaccine. “If we ever get there, it will take years. Put what we’re really working on first is a pan-SARS-CoV-2 vaccine … I believe that is much, much closer than a pan-coronavirus vaccine.”

Researchers show how to make a ‘computer’ out of liquid crystals

Researchers show how to make a 'computer' out of liquid crystals