Big problem where the answers are found in small good things 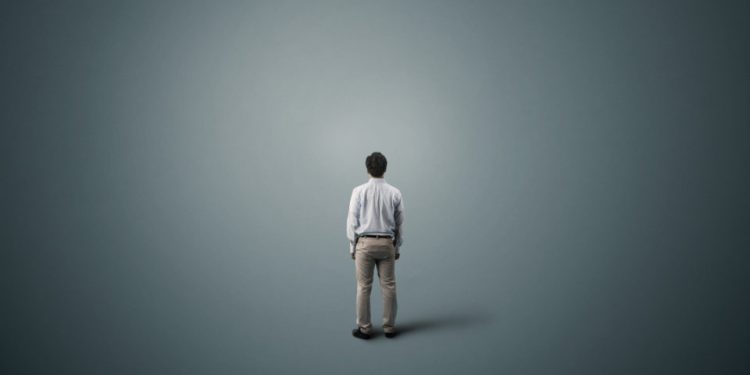 Roy Orbison got it right when he sang: “Only the lonely know the way I feel tonight.”

It’s the song of our times.

In 2017, the US Surgeon General declared that Americans were suffering a loneliness epidemic.

In October 2019, a research report from VicHealth and Swinburne University of Technology found that young Australians were experiencing “alarming levels of loneliness and social isolation putting them at risk of social anxiety and depression”.

The research found “almost a third of young Victorians were at risk of social isolation”. Around 47 per cent of young people stated “they sometimes or always feel they have no one to turn to”.

That was three months before COVID-19 took over the world – and proceeded to shut hundreds of millions of people in lockdown.

Last July, the World Health Organisation, a little slow on the uptake of global trends, published a special report on loneliness as “a priority public health problem and policy issue for older people”.

The loneliness epidemic was now officially a pandemic.

Bit of alone time, so what?

Loneliness isn’t the flat feeling you have when finding yourself at a loose end. It’s not about being alone. Loneliness is a condition that quickly trips into depression and anxiety. It shortens lives. It reduces quality of life. It damages your physical health as well as your mental health.

One of the best definitions of loneliness, in catching its profundity, comes from a book called A Biography of Loneliness by cultural historian Fay Bound Alberti:

“It is a conscious, cognitive feeling of estrangement or social separation from meaningful others; an emotional lack that concerns a person’s place in the world.”

As Melbourne psychologist and social commentator Lyn Bender told The New Daily: “It’s about a loss of meaning… in life.”

The short version tends to be: Reach out, make an effort.

What does science tell us?

A 2021 study from the University of Bonn found that the pain of loneliness is associated with reduced trust in people, which tends to set “impaired social interactions” in concrete.

A 2020 study from the University of Edinburgh found that people of different generations are equally lonely but for different reasons.

Living alone increases the risk of loneliness in older age, whereas in midlife, feeling isolated is more linked to personality traits, the research found.

The study found emotionally resilient people – those more able to adapt to stressful situations – are less at risk of loneliness at any age, and outgoing middle-aged people are less likely to feel lonely.

A 2018 study from the University of Chicago found that loneliness increases self-centeredness, as a self-preservation strategy.

The research, conducted over more than a decade, found that this self-centredness increases loneliness in a feedback loop that helps loneliness put down deep roots. The researchers write that targeting self-centeredness as part of an intervention may help break this loop “that maintains or worsens loneliness”.

One apparent difficulty is that neuroscientists are still figuring out the mechanics of loneliness, such as how it presents in the brain.

One idea is that loneliness might respond to treatments that have proved effective with other social behavioural problems.

For example, social anxiety disorder (SAD) and loneliness are symptomatically similar, in that both lead to isolation.

Social anxiety disorder is treated with cognitive-based therapy (CBT), where patients learn to change their fear-based behaviours about others.

Can a similar approach help lonely people? Good question, because there are few behavioural interventions for loneliness.

Researchers from the University Hospital Bonn set up an experiment to see if the brains of lonely people and those with a social anxiety disorder might work the same way.

Study participants played a computer gambling game: If they made a small safe bet they’d win a small amount of money, while a riskier bet might see them winning big.

The money wasn’t the real reward. Those who made a riskier bet prompted a virtual human to appear – and respond with approval or disapproval.

Participants with social anxiety – which amounts to a fear of dealing with other people – more often made the smaller bet to avoid the risk of feedback, good or bad.

The lonely participants routinely took the risk of disapproval, seemingly keen for some kind of interaction.

The participants’ brain activity was measured during the game with functional MRI. Those with social anxiety were found to have increased amygdala activation when deciding to place their bets – a clinical sign of heightened anxiety.

And on the occasions they’d made a bigger bet – and were given even positive feedback – the activity in their nucleus accumbens activity was muted, an indication that they didn’t get much out of the social reward.

The study, published this week, concluded that, because these levels of brain activity didn’t present in lonely people, then loneliness must be a unique condition and separate condition that required its own interventions.

Scientists are working on a pill for loneliness. Well, they’re deep into asking the questions: Can loneliness be cured by drugs? And should we go that route?

Beyond that, the advice tends to be: Make an effort and reach out.

This is what WHO advises:

With all the science going on, this seems pretty obvious.

When asked for her advice, psychologist Lyn Bender began talking about the need for “structural change” in society. On the face of it, this is eye-rolling stuff … bring on the revolution.

But really, in part she’s talking about GPs and community groups working to hook lonely people up with one another, especially young people with older people.

It’s a simple enough idea, in theory, but it takes energy and commitment to put it in place.

The real question is, for professional Ms Bender, who has people come and sit on her couch and pour their hearts out: What advice does she give her lonely clients?

“I don’t give advice,” she said. “I don’t say ‘you should do this or that’. The first thing I do is work to establish a meaningful relationship with that person.”

Because that’s what’s missing in their lives: Someone to turn to, and someone to talk to about how they feel and whatever is on their minds. If they see this matters to Ms Bender, then their lives actually mean something.

Ms Bender’s structural revolution is for more of us to do this simple thing: Reach out to a lonely relative and let them talk.

More powerful than you think

A few years ago, there was a devastating documentary about people who threw themselves off the Golden Gate Bridge in San Francisco.

There’s some well-known folklore around this: Those who survived the fall said they immediately regretted jumping.

Perhaps less well known is that these survivors often said that if someone, anyone, had just said ‘hello’ to them as they walked toward the bridge –’Hello, how are you going?’ – it would have been enough to convince them to turn around and go home.