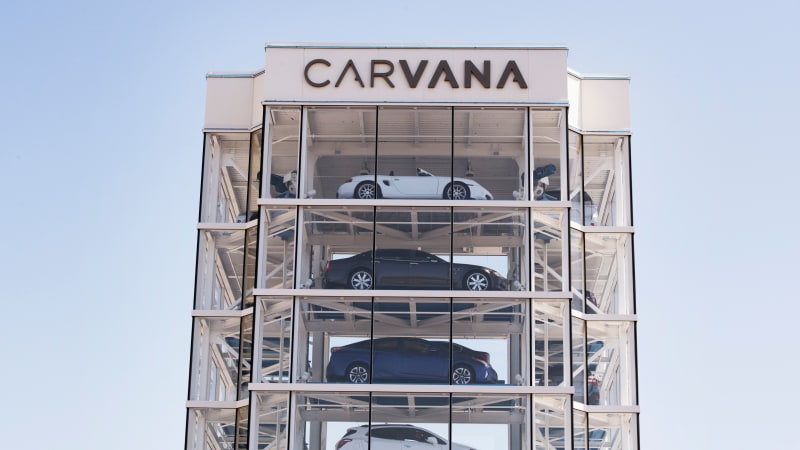 Used-car dealer Carvana said it faced a “uniquely difficult environment” in the first three months of the year after reporting a larger-than-expected quarterly loss.

That’s taking a huge toll on the fortunes of the billionaire father-son duo behind the Phoenix-based company.

Ernie Garcia II and Ernie Garcia III have lost more than $11 billion combined so far this year, according to the Bloomberg Billionaires Index. Together they have voting control of about four-fifths of Carvana, whose shares had tumbled 60% this year through Wednesday before the company reported a first quarter loss of $506 million. The stock fell another 7% at 1:04 p.m. in New York.

The younger Garcia, Carvana’s chief executive officer, has now lost 60% of his net worth, or about $4.1 billion, since the start of 2022. That’s a sharper drop than any other U.S. billionaire tracked by Bloomberg’s index, exceeding the 46% decline of Netflix’s Reed Hastings.

The senior Garcia’s fortune is down 49%, or about $7.3 billion, though that’s been partly cushioned by stock sales. He began selling Carvana shares in late October 2020 as they climbed to around $200 each from their pre-pandemic level of about $90. Over the next 10 months, he sold stock almost every day as shares continued rising, disposing of more than $3.5 billion in total, or more than a fifth of his stake, according to Securities and Exchange Commission filings. His last sale was on Aug. 23, about two weeks after the stock peaked at $376.83 and began a steep decline.

Carvana, which offers a platform for customers to buy and sell used vehicles online, was among the companies that benefited from changes in consumer behavior during the Covid-19 pandemic. That business model is struggling as restrictions fade and vehicle prices remain elevated.

The company said after its earnings report that it plans to raise $1 billion in a stock offering through Citigroup Inc. and JPMorgan Chase & Co. Garcia III is one of two investors who indicated an interest in purchasing as much as $432 million of the shares. It’s raising another $1 billion with preferred stock.

Carvana, like other pandemic darlings, has had a number of high-profile hedge fund backers.

Carvana was created in 2012 after the younger Garcia spun it out of DriveTime Automotive, an operator of used-car dealerships owned by his father. Since going public in 2017, it has faced scrutiny for its ties to companies under the control of the elder Garcia.

Carvana purchased thousands of cars from DriveTime to meet surging customer demand during the pandemic, and failed to disclose that the younger Garcia owned a significant stake in DriveTime and other companies that supply services to Carvana, the Wall Street Journal reported in December.

A Carvana spokesperson said working with affiliated companies offers the firm “a unique advantage” and allows for faster growth.

Meet the Next Generation of Africa’s Climate Forecasters

Latto’s Boyfriend Pays Her Bills: ‘That’s How It’s Supposed To Be’

Meet the Next Generation of Africa’s Climate Forecasters

Latto’s Boyfriend Pays Her Bills: ‘That’s How It’s Supposed To Be’