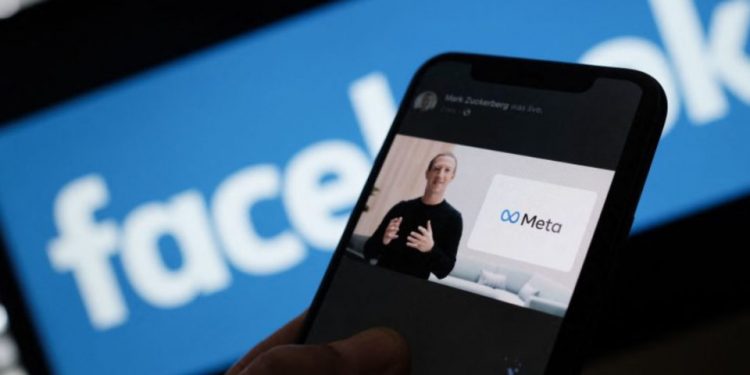 Facebook has lost nearly 25 per cent of its market value as a dire forecast from owner Meta Platforms jolted the broader US tech sector and threatened to up-end a nascent recovery in stock markets.

Meta shares sank 24.5 per cent and were set for their biggest single-day decline ever on Friday – with the Nasdaq diving more than 2.0 per cent –  as the company blamed Apple’s privacy changes and increased competition from rivals such as TikTok for its disappointing outlook.

The share slump will wipe more than $US200 billion ($A281 billion) from Meta’s market cap, which would shave off about 0.9 per cent from Nasdaq’s market value and about 0.5 per cent from S&P 500.

The tech-heavy Nasdaq fell 2.2 per cent as shares of other social media companies also took a beating.

Big tech stocks such as Alphabet Inc and Microsoft Corp fell about 0.5 per cent and 1.0 per cent, respectively. Amazon.com Inc, scheduled to report results later in the day, declined 6.3 per cent.

“This is definitely shaking investors’ resolve around the recent relief rally that we’ve been seeing in tech,” said Robert Pavlik, chief investment strategist at SlateStone Wealth LLC in New York.

“There’s also a bigger problem going on, and that is higher interest rates and inflation. This is sort of shaking out the weak hands that have been around trying to ride this bounce that’s been going on in tech.”

The CBOE volatility index, Wall Street’s fear gauge, ticked up 1.57 points to 23.66 after hitting a near three-week low in the previous session.

Adding to market’s woes was a second rate hike by the Bank of England and a statement by European Central Bank’s President Christine Lagarde that any decision to raise rates would be “data-dependent”, moving away from her long-standing insistence that the ECB was “very unlikely” to hike rates this year.

Nearly half of the S&P 500 companies have reported results so far during this earnings season and 77.1 per cent of them have beaten analysts’ earnings estimates compared with an average of 84 per cent over the past four quarters, according to Refinitiv data.

The number of people in the US filing new claims for unemployment benefits fell more than expected last week as COVID-19 infections subsided, suggesting that an anticipated slowdown in job growth in January was likely temporary.

A measure of US services industry activity dropped to an 11-month low in January as a resurgence in COVID-19 infections hurt demand at high contact businesses and kept workers at home.

Robotics hiring levels in the automotive industry rose in January 2022