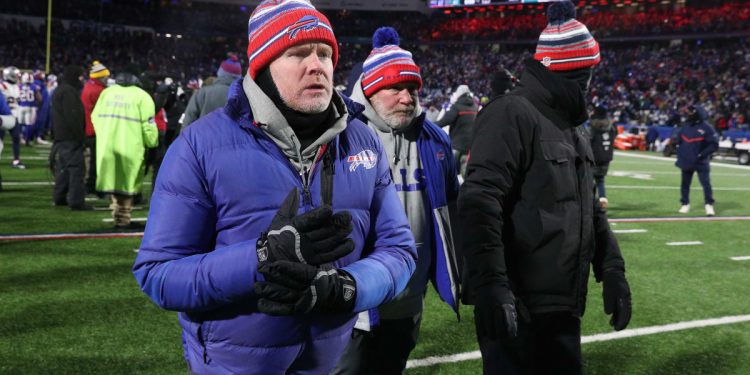 In one moment, the Bills seemed primed to pull off a road upset of the Chiefs and be on their way to hosting the AFC championship game next week against the Bengals. Seemingly an instant later, everything had come unraveled.

There is plenty to blame after the Buffalo defense allowed Patrick Mahomes and the Chiefs offense to pull off a game-tying field goal in just 13 seconds, but perhaps no decision has come under more scrutiny than the Bills’ decision to kick it deep for a touchdown following their dramatic go-ahead touchdown.

Rather than opt for a squib kick, the Bills booted the ball through the end zone, giving the Chiefs the ball at their own 25-yard line. Kansas City advanced the ball 44 yards in two plays and 10 seconds to set up Harrison Butker’s game-tying, 49-yard field goal that proved to be Buffalo’s demise. While a squib kick would have likely given the Bills better field position, it also would have certainly taken time off the clock, perhaps only giving Mahomes one chance to set up a field goal or Hail Mary attempt rather than two.

Unsurprisingly, that fateful decision was subject to plenty of second-guessing following the final whistle. Check out some of the discussion below:

For more Bills news, head over to Bills Central.