Biotech vs. Pharmaceuticals: What’s the Difference? 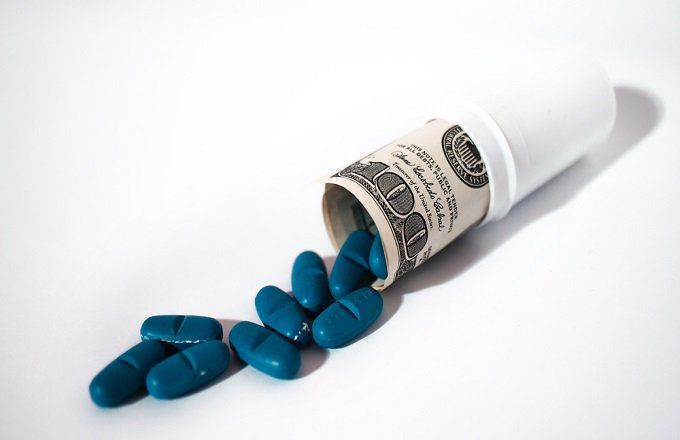 The coining of the term biopharma further complicates matters. The term describes companies that are using both biotechnology and chemical sources in their medical research and development (R&D) efforts.

Common products such as beer and wine, laundry detergent, and anything made of plastic are all biotechnology products. Humans have employed biotechnology since ancient times to breed animals and improve their crops.

However, in the modern financial world, biotechnology companies comprise an industry sector collectively known as the biotech. They research, develop, and produce a wide variety of commercial products, though most of them focus on medical or agricultural applications.

Biotechnology firms use the processes of living organisms as they manufacture products or solve problems. The identification and sourcing of DNA have helped the industry make great leaps. Companies in this sector have developed pest-resistant crops, created biofuels like ethanol, and developed gene cloning.

There also have been big product introductions in biopharma drugs. Some of the most frequently used biotechnology medical products recently introduced include the following:

The top U.S.-based biotechnology firms in terms of market capitalization as of August 2021 are Johnson & Johnson, Pfizer, Eli Lilly, and Thermo Fisher Scientific.

In recent years, biotechnology startups have sprouted alongside computer technology companies in Silicon Valley. The aim of most is to use biotechnology processes to create breakthrough drugs.

According to some projections, by 2026, medical biotechnology alone will hit $500 billion.

As an industry, pharmaceutical companies research, develop, and market medicines made primarily from artificial sources.

Pharmaceutical products can take many years to process through the research and development phases before finally making it to market. Part of the lengthy R&D process includes gaining the approval of the Food and Drug Administration (FDA).

The largest companies in this sector provide stable results, but the field continues to grow with new companies opening regularly.

The Businesses of Biotech and Pharmaceuticals

Purely from the investor’s perspective, biotech and pharmaceuticals are very different propositions. An analyst will look at the amount a firm spends on research and development (R&D) as a percentage of sales to compare one company to another.

Biotechnology companies generally have very high operating costs as they are involved in research, development, and testing that takes years to complete. The result could be a historic breakthrough or utter failure. Investors in their stocks are along for the ride, up or down.

Also, this industry may find roadblocks to the development of new products if the research or end product is seen as harmful. As an example, several countries ban genetically modified plants and products.

Biotech has been given one advantage, to make up for its cost disadvantage. While pharmaceuticals generally hold exclusive rights to manufacture and distribute their drugs for five years, biotech can get patent protection for 12 years.

The big pharmaceutical companies, by comparison, have a steady flow of income from current products while maintaining a research and development effort aimed at improving upon existing products or creating new ones.

Pharma companies try to keep a steady pipeline of new products in various stages of development. The process to develop a new drug may take up to 15 years to complete. The FDA requires most new drugs to go through several phases of testing which, in itself, can take up to around eight years. Also, even if a company brings a new medicine to the market, it does not mean it will gain widespread physician approval and use.

Both pharmaceutical and biotech stocks face a costly process that, when successful, can produce highly profitable products. However, the process is extremely unpredictable, which for a small biotech firm can prove all too detrimental and unrecoverable. Pharmaceutical companies, due to their larger size and diversified revenue base, are typically able to withstand setbacks and failures. Competition is more relevant and costly to pharmaceutical companies, creating a need for strong pipelines and non-organic revenues (such as through M&A or alliances). Consideration of these key themes can provide the basis for making a prudent investment.

Biden calls on Cuomo to resign after sexual harassment report

Heat Waves and the Climate Crisis

5 Financial Tips to Avoid Getting Broke

When to Expect Your Tax Refund

How 26,000 Counterfeit Products Are Seized and Destroyed at JFK

Where to buy Interfinex as IFEX joins bull run

Biden calls on Cuomo to resign after sexual harassment report