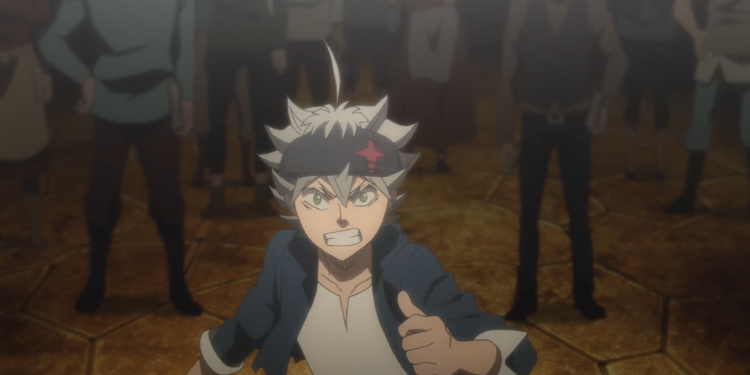 
The early spoilers for Black Clover manga chapter 332 have finally leaked online, teasing a major time skip for our heroes.

After an exhausting hiatus, the Black Clover manga is finally preparing to make its highly-anticipated return later this week.

However, the series is already trending worldwide on social media thanks to the leaked spoilers from the manga raw scans. So, what will Black Clover chapter 332 have in store for Asta, Yuno and Yami as the spoilers tease a significant time skip?

Spoiler warning: The following section will contain potential spoilers for chapter 332 of the Black Clover manga, so read on at your own discretion.

The spoilers for Black Clover manga chapter 332 have been shared on both Twitter and Reddit by avid fans of the series, who report that the chapter is titled “Final Declaration” and includes 19 pages with a double colour spread.

The chapter reportedly opens with Underworld’s 7th gate, where Lucifero mumbles to himself about having the strongest magic in the known world – Lucious appears and notes how that may be true, but humans have the ‘superior’ magic.

There is then a major time skip of one year and three months.

The scene then switches to a special ceremony where Asta is being promoted to Senior Magic Knight; Yuno is not there as he is away on a mission, but it is hinted that he has already achieved the Grand Magic Knight status. All of their fellow Magic Knights are present at the ceremony, with Noelle and Mimosa both seen to be blushing.

Yami is confused as to why Charlotte is still acting weird around him, even after the time skip. Finral then tells him that Charlotte confessed her true feelings whilst he was on death’s door in the previous battle – Yami sits on a toilet and ponders whether Charlotte is still (or has ever been) truly in love with him.

Meanwhile, Damnatio has disappeared as the devil trials stagnate; people gossip about why Wizard King is missing as someone else chimes in that he has a habit of disguising himself whilst making an escape.

Asta then claims that the next Wizard King should be Fuego, Nozel or Mereo, but Nozel says that all processes are currently on hold regarding that matter. Fuego then notes how he isn’t powerful enough to become Wizard King just yet and that whilst people are still distrustful towards the devil’s power, his merit and achievements should be recognised – which makes Asta smile.

Asta decides to again propose to Sister Lilly, but she rejects him saying “You’re family, like a sweet little brother to me!”

“Understood! However I couldn’t give up!! But I get that I can’t change people’s thoughts, that’s why please witness my unchanging oath…!! I will be Wizard King!!!” – Asta, via Black Clover chapter 332 spoilers Reddit.

Fans should note that whilst these spoilers have come from reputable sources, leaks are never 100% accurate and should be taken with a pinch of salt.

When is the next chapter releasing?

As confirmed by Viz Media, Black Clover chapter 332 will release for the majority of international fans on Sunday, July 31st.

Per Manga Plus, the next chapter “Final Declaration” will become available from the following times:

In other news, What time is J-Hope performing at Lollapalooza 2022?

Analysis of Day 3 of House Jan. 6 hearings on the pressure and threats to Mike Pence

Analysis of Day 3 of House Jan. 6 hearings on the pressure and threats to Mike Pence