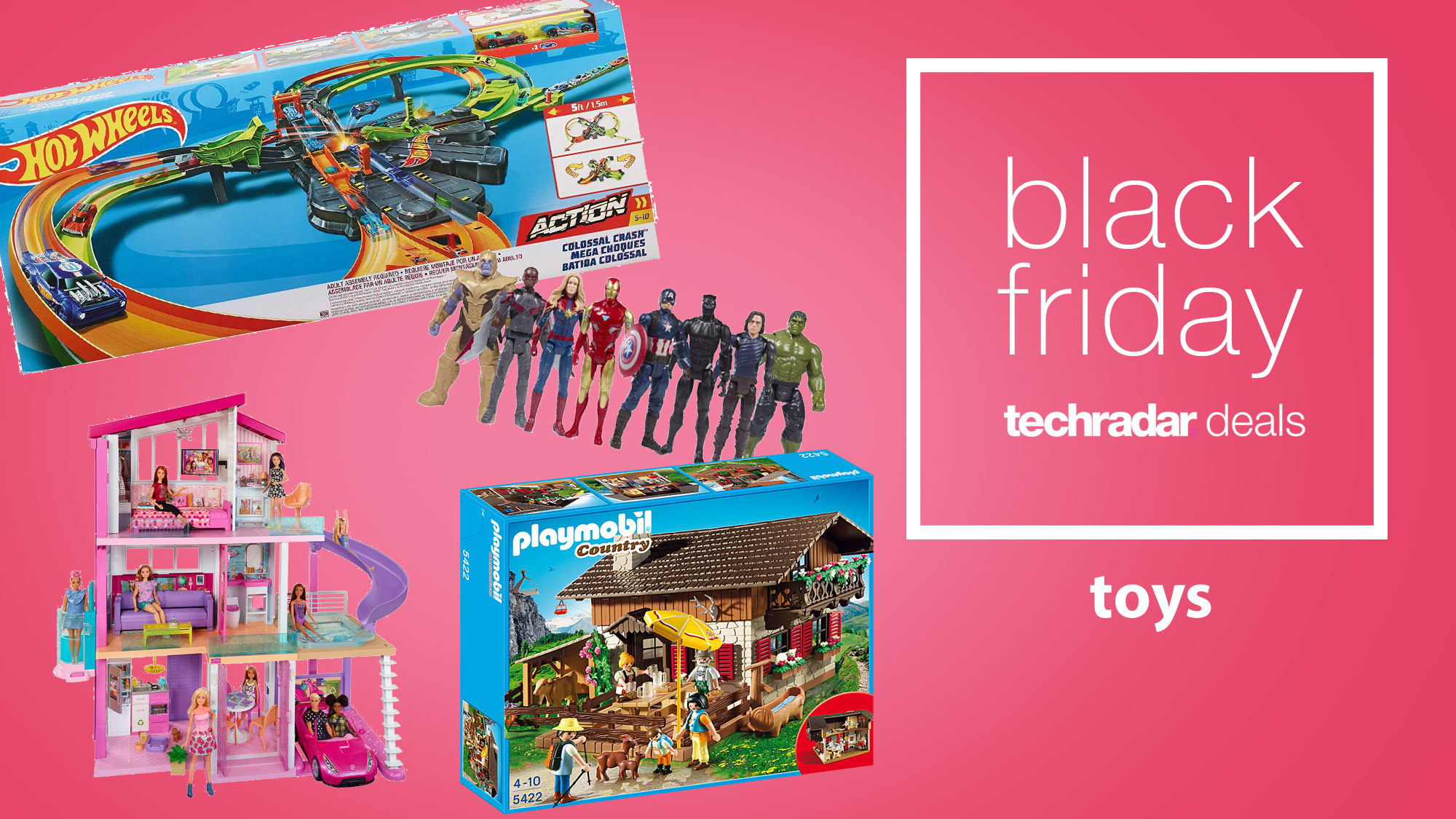 There are a good few Black Friday toy deals live already, even though November 26 is when Black Friday 2021 properly takes place, and loads of retailers have begun offering discounts on all kinds of sets.

For example, we’ve seen lots of early Black Friday Lego deals too – but it begs the question ‘is it worth waiting for Black Friday itself?’.

Honestly, if you find something in the current toy sales that you’re interested in, it’s probably worth going for it – Black Friday itself will probably bring a bigger range of discounts, but not improved reductions on specific products.

Whether you’re looking for a birthday or Christmas gift for a loved one, or just want something for yourself (no judgment here), the Black Friday toy deals below cover loads of bases. We’ve got offers on Playmobil, Lego, Barbie, Sylvanian Families, Hot Wheels, branded action figures and more, so there’s something for everyone across all age groups.

There are also explainers on what Cyber Monday could bring, as although it’s named after electronic gadgets, we often see run-on deals from Black Friday in other categories, particularly toys.

Best toy sellers in the US:

Best toy sellers in the UK:

Today’s best toy deals in the US

What you need to know about the Black Friday toy deals

Black Friday is the perfect time to start shopping for toys for your little one, or even for older collectors and enthusiasts – especially this year. Normally Black Friday presents a great opportunity to nab loads of toys at heavily discounted prices, often making Christmas shopping a breeze when done online, but this year may present special challenges as global supply chain shortages may make toys harder to come by. In the UK, this may be exacerbated by the Brexit-caused lorry difficulties, as the BBC reported.

This year, Black Friday is taking place on November 26. In the US, it’s already a busy time of year due in no small part to Thanksgiving celebrations, but both US and UK buyers should take note if they want an opportunity to make Christmas and holiday shopping as stress-free as possible.

According to statistics site SpendMeNot, toys are among the most purchased items during Black Friday. That’s somewhat understandable, considering the term covers a fairly broad range of items, but the site also noted that US retailer Walmart were popular with Disney’s Frozen and Ryan’s World toys and games.

Last year’s Black Friday in the UK was particularly big for Osmo and Lego toys, games and sets. The former is a relatively modern series of educational products for children, while the latter should need no introduction. We expect big discounts to continue for these brands and more during this year’s Black Friday sales period.

We’ve only seen a few deals yet, which we’ve listed below. Until the really outstanding deals start rolling in, we can point you to the top online retailers to look in both the US and UK to scope out the toys you’ll want to pick up when they’re discounted later. Here’s where to look:

When will the best Black Friday toy deals start in 2021?

Last year, we saw toy deals from many different retailers go live well ahead of the official Black Friday date. This isn’t uncommon, and we fully expect this to be the case in 2021, with deals potentially going live a week or two ahead. You may see toy deals go up especially early to help consumers get ahead of the curve when it comes to Christmas shopping.

Of course, we’ll be updating the site and our social channels as and when Black Friday toy deals go live, meaning you won’t miss out if you keep an eye on our coverage.

Where are the best places to find Black Friday toy deals in 2021?

There’s going to be a very wide range of retailers selling all kinds of toys, games and playsets this Black Friday. In the US, chief among them is likely to be Amazon and Walmart, as well as Best Buy, Target and brand outlets themselves such as Playmobil’s official website.

What Black Friday toy deals do we expect to see in 2021?

The Osmo brand really hit its stride last year, and we expect its success to continue as it finds its way into the hands of more young learners this year. Stalwarts such as Lego, Playmobil, Star Wars, Disney and more similarly aren’t going anywhere. Once again, Black Friday 2021 will be an opportune time to get your hands on toys from popular brands aimed at all ages.

What should I look for when buying a toy on Black Friday?

Toys can be tricky to research on Black Friday for the average consumer, if only for the abundance of retailers all selling the same products at varying prices. It can be hard to know which retailers are offering any given toy at the lowest price.

If you’re completely lost, Google Shopping is a great search engine for sifting through deals on any one toy. Here, you can compare prices and see which retailers offer the best deals, as well as availability, delivery costs and more.

But you may want to buy toys earlier than later this year – the shipping shortages affecting other markets may impact toy availability as well. The UK may have it even worse, as the Brexit-caused lorry difficulties could even make it harder to get toys from ports to shop shelves, according to the BBC.

Our advice: buy early, and hopefully you’ll be able to get all the items on your shopping list.

Last year’s best Black Friday toy deals in the US

We’ve put together a quick list of some of the best deals we found during last year’s Black Friday event. This should give you an idea of what to expect this year, and of course, the world of toys is so incredibly vast that we’ve limited the list below to just five from each region.