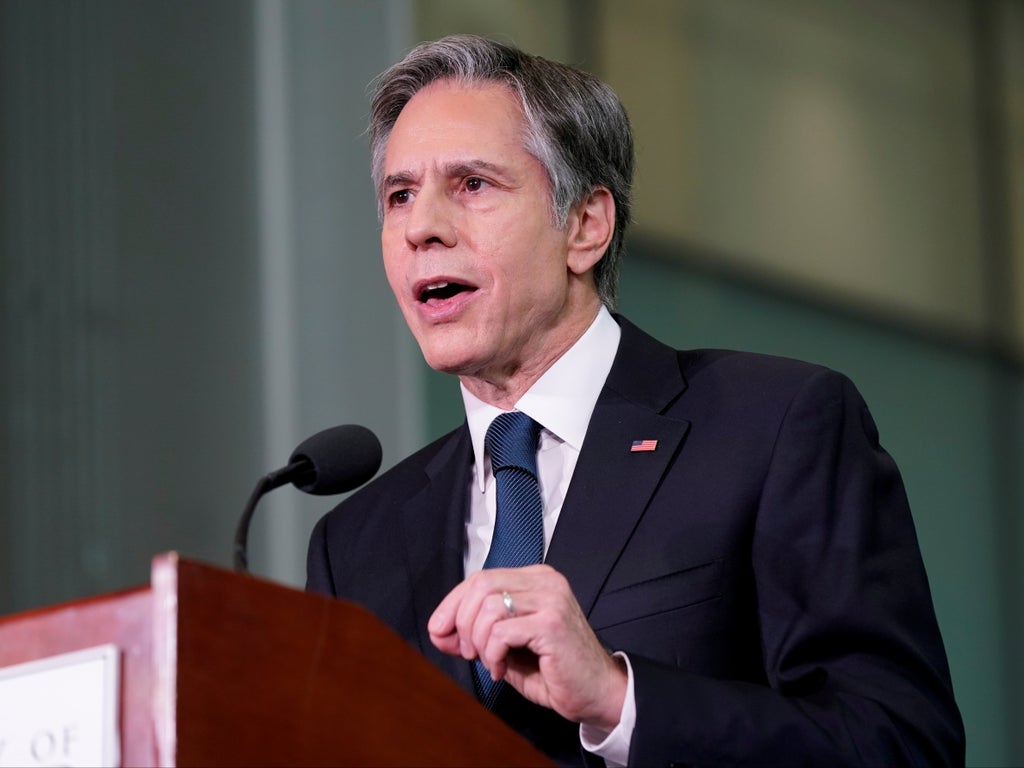 Secretary of State Antony Blinken deleted a tweet saying the United States stands with the people of Hong Kong and posted a more watered-down version in its place.

An earlier version of his tweet came after seven Hong Kong opposition councillors were dismissed, according to Yahoo! News.

“Beijing should let the voices of all Hong Kongers be heard,” Mr Blinken said in his initial tweet and added that the People’s Republic of China’s actions only weaken Hong Kong’s long-term social and political stability. “We stand with the people of Hong Kong and continue to support their fundamental human rights & freedoms.”

But shortly thereafter, a spokesman for the Chinese foreign ministry in Hong Kong criticised “irresponsible comments from certain US politicians” about Hong Kong.

“It is sheer hypocrisy and [a] double standard that the US vilifies the just measure of the HKSAR government, even as it itself has an ‘iron net’ system to require public officers to swear allegiance at home, and disqualifies lawmakers for violating parliamentary rules,” the statement said.

In response, Mr Blinken tweeted a more watered-down version of the statement.

“The PRC’s disqualification of seven pro-democracy district councilors undermines the ability of people in Hong Kong to participate in their governance,” the new tweet said, rather than saying it “only weakens”.

Similarly, it no longer said the US stands with the people of Hong Kong.

A spokesman for the State Department said that the person who managed Mr Blinken’s Twitter account mistakenly sent it from his account when it was meant to come from a spokesperson.

“We fixed that error and tweeted from both accounts, speaking out about Hong Kong authorities’ disqualification of pro-democracy district councilors,” the spokesperson said, adding that suggestions that what it called an “administrative change” was caused by political concerns are “patently untrue.”

The top 10 countries that have seen property prices rocket

Rapper SpotemGottem in hospital after being ‘shot in drive-by shooting’

Rapper SpotemGottem in hospital after being 'shot in drive-by shooting'