The constitutional rights of a Black Lives Matter supporter from Long Beach accused of purposely driving through a crowd of counterprotesters during a violent confrontation at a Yorba Linda demonstration were violated when an Orange County judge abruptly ended a recent hearing meant to determine if there was enough evidence for her case to go to trial, another judge ruled on Friday.

In making the rare move to essentially overturn the results of a recent preliminary hearing, Orange County Superior Court Judge Michael A. Leversen made clear his ruling was not a reflection of the evidence presented by prosecutors against Tatiana Turner, but instead a result of her defense attorney not being given the chance to present their own witnesses or arguments.

“The court finds the defendant was denied a substantial constitutional right,” Leversen said.

Prosecutors responded to Leversen’s ruling by quickly re-filing criminal charges against Turner – including attempted murder, mayhem and multiple counts of assault with a deadly weapon – and Turner once again pleaded not guilty.

But the ruling means Turner’s defense attorney will have another chance to convince a different judge that there isn’t enough evidence for the case against her to proceed.

Prosecutors allege that Turner during a protest against police brutality and systemic racism deliberately drove through a crowd of counter-protestors, while Turner and her supporters say she was forced to drive out of the area after being surrounded by an angry mob and acted in self-defense.

Judge Leversen’s ruling reverses the early-September decision by Judge Beatriz M.G. Gordon that there was enough evidence to proceed to trial, a determination she made after three days of testimony in a Fullerton courtroom.

During Turner’s preliminary hearing, Judge Gordon repeatedly expressed her annoyance that what was expected to be a six-hour proceeding was stretching out into multiple days. The judge ultimately set a noon deadline on the third day of the hearing, and ended the proceedings in the middle of Turner’s attorney questioning the lead investigator, before the defense was able to call any witnesses or either side presented arguments.

Hours later, Judge Gordon announced her decision in open court, then immediately left the bench, ignoring a prosecutor who was seeking to extend a protective order for the alleged victims.

As is routine after preliminary hearings, the case was re-assigned to another court following Judge Gordon’s ruling.

Senior Deputy Public Defender Alisha Montoro argued in a recently filed motion to dismiss that the length of the preliminary hearing was extended due to the prosecution’s ” insanely long and unnecessary witness list” and said the prosecutor “repeatedly asking leading questions” of witnesses. With a lower standard of proof – probable cause as opposed to the criminal jury trial standard of beyond a reasonable doubt – preliminary hearings often include only a handful of witnesses.

“It is fundamentally unfair and a violation of due process to hold Ms. Turner, on charges where if convicted she faces a life sentence, where she was denied the opportunity to establish an affirmative defense merely because the time estimate provided by the parties was inaccurate,” Montoro wrote.

Prosecutors in their own recent court filings countered that judges have the power to set time limits to make sure that all the cases before them are “fairly and efficiently heard and decided.”

Senior Deputy District Attorney John Maxfield wrote that Judge Gordon warned the attorneys about the time limit and suggested they “budget your time accordingly,” and contended that Turner’s attorney had time to elicit testimony for her self-defense argument.

“At the end of the day, the defense did an excellent job with the time they had,” the prosecutor told Judge Leversen on Friday. “They haven’t shown they needed more.”

Turner – founder of Long Beach-based Caravan 4 Justice – was among a group of activists that gathered in the parking lot of a now-closed Yorba Linda Library building on Sept. 26, 2020. A group of counter-protestors – many wearing pro-Trump clothing – set up across Imperial Highway in a Mimi’s Cafe parking lot.

According to testimony during the preliminary hearing, the violence began when the pro-Trump protestors crossed  Imperial Highway to confront the Black Lives Matter supporters, and screaming and yelling between the groups quickly escalated to pushing and shoving.

Deputies, unable to quickly break up the clash, testified to retreating from the parking lot for their own safety as they awaited backup. A deputy in a helicopter hovering overhead ordered the protestors and counter-protestors to leave the area.

In the midst of the chaotic clash between opposing sides, Turner got into a Nissan Sentra, as a group of more than a dozen counter-protestors gathered next to and in front of her vehicle, according to testimony and videos played in court. Turner accelerated, quickly stopped, then accelerated again, running over a woman’s head and a man’s leg.

In a 911 call played in court, Turner told a dispatcher there were people pulling guns on her, threatening to shoot. Deputies testified that there were no guns visible during the protest. A deputy testified that a witness heard someone say “don’t do it” and “It is not worth it,” followed by tires screeching.

The man Turner is accused of running over testified that she looked him in the eyes before driving forward. Video footage showed an unidentified man kick Turner’s car either right before the vehicle started moving or at the same time.

A deputy testified that Turner stopped next to his patrol car after leaving the parking lot, as a group of 30 counter-protestors chased after her. Turner, whose car had several broken or shattered windows, reportedly told the deputy she was scared.

It also came out during the preliminary hearing that some of those interviewed by deputies and investigators later posted videos on social media about beating up activists at the Yorba Linda rally. The man who was run over acknowledged he was wearing a shirt referencing the Three Percenters, a far-right anti-government militia, and another witness was reportedly affiliated with the Proud Boys, another far-right extremist group.

What retirees need to know about ‘death taxes’ and capital gains 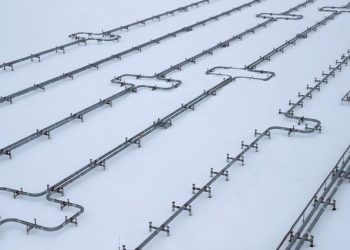 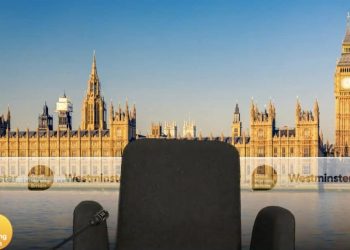 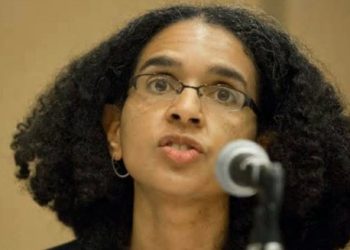 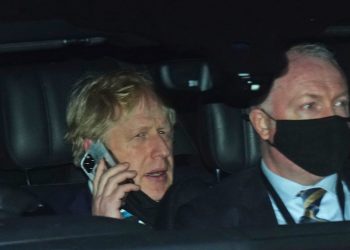