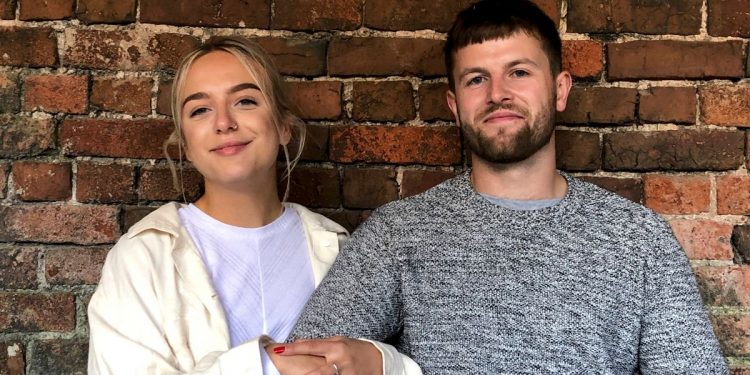 
A bloke’s racy fantasy of watching his girlfriend having sex with another man went wrong when he realised that he didn’t actually enjoy watching her snog someone else.

Most relationships revolve around the idea that sleeping with other people is off-limits, but opening up the bedroom to other people is becoming an increasingly popular choice for some couples.

A new Channel 4 series Open House: The Great Sex Experiment has lifted the lid on this new movement, offering pairs the chance to try something new.

In previous episodes, viewers have been left blushing over some of the participants’ X-rated antics, but in the airing tonight (April 15), the results were far less steamy.

In the latest episode, viewers were introduced to Stacey and Liam, a young couple looking to take their relationship in a new direction by inviting a man into the bedroom.

“The idea of Stacey getting with a guy for me is a massive turn-on.

“I guess it’s sort of visual stimulation. I have no idea why that is, but it intrigues me,” he admitted.

Reassured by Lori’s assertion that voyeurism is surprisingly common, the couple were sent off to a social mixer with single men, but their plans soon began to unravel.

Putting a blindfold over her eyes, Stacey was snogged by a lineup of eligible bachelors while Liam cringed from the sidelines.

“It was quite stressful for me,” he confessed, while reflecting on the evening.

“It was everything I wanted, but it wasn’t exactly how I envisioned it. Nobody knows how they’re going to feel until they’re in there.

Despite Stacey feeling relaxed about the events, Liam could be seen rushing off for a fag break, and reassessed his stance on opening up his relationship.

Still keen to try something new, the pair resolved to try experimenting with inviting another couple into the bedroom to add a little more “control” to the dynamic and allow them to watch each other.

But even this new pivot didn’t work out for Stacey and Liam.

The couple found another pair, Jay and Kelsie, who were well-versed in the non-monogamous lifestyle, and the two men even enjoyed a three-way kiss while taking part in a saucy game of dares.

But, retiring to their bedroom, Liam struggled to make a move, and the foursome ended up awkwardly chatting about gym locations instead of getting into a racy workout together.

Even though the group sex experiment didn’t work out, Liam and Stacey told Dr Lori that they still intended on attempting to swing in the outside world.

To get more lifestyle stories from Daily Star delivered straight to your inbox sign up to one of our free newsletters here.