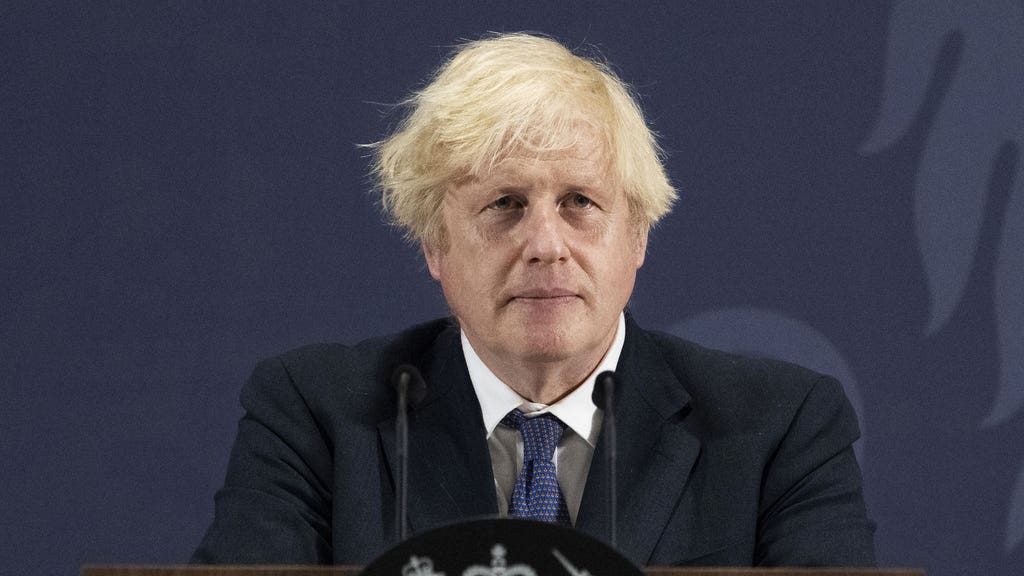 The PM is at risk of losing a number of seats in Tory “blue wall” heartlands, according to a new poll.

It comes as the Labour Party has demanded that the PM explains the existence of a secretive “advisory board” formed of wealthy Conservative donors who have received regular access to the Johnson and the Chancellor Rishi Sunak.

If the voting support slump continues then even Dominic Raab’s seat, Esher and Walton, could change hands.

The findings come after the Tories were humiliated in last month’s Chesham and Amersham by-election – which a polling chief said was “no isolated incident”.

YouGov polled voters in 53 constituencies in the south and east of England currently held by the party, which voted Remain in the 2016 EU referendum and have a higher-than-average concentration of university degree holders.

It said vote intention in the “blue wall” stands at 44% for the Conservatives, 24% for Labour, 18% for the Liberal Democrats, 9% for the Greens.

*Currently held by CON, voted to Remain, and have a higher than average (25%+) concentration of degree holders.

4 additional seats are defined by @YouGov as ‘knife-edge’ for the Conservatives:

YouGov research manager Patrick English wrote: “The Conservatives could be set to lose up to 16 seats in their ‘blue wall’ heartlands if an election was held tomorrow.”

On the vote intention findings, he noted: “That represents a change of minus eight for the Conservatives from their 2019 performance in these constituencies, plus four for Labour, a surprising six-point drop for the Liberal Democrats, and a sizeable seven-point gain for the Greens.

“The Conservatives are falling almost twice as fast in the blue wall as they are nationally, with the latest YouGov poll showing them five points down on their 2019 general election showing.”

Mr English added: “If the swings were uniform across all constituencies, Labour would be set to gain a total of nine blue wall seats and the Liberal Democrats three.

“While it would not be anywhere near enough to offset the party’s losses in the so-called red wall in 2019, Labour punching holes in traditional Tory foundations will send alarm bells ringing across Conservative Associations and MPs in the south.”

However, in overall voting intentions, the Tories took another per cent lead on Labour.

Related: Boris is about to shred his own Brexit deal – and Britain’s reputation with it