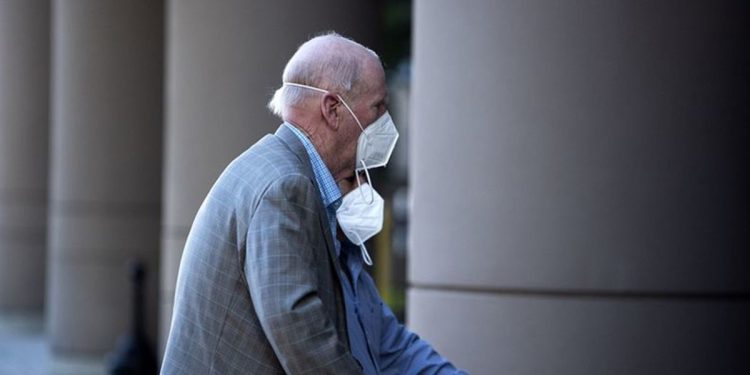 
Lawyers for Bob Brockman say his cognitive functioning has deteriorated after a recent illness and that the former Reynolds and Reynolds Co. CEO is not competent to stand trial on federal charges of tax evasion and wire fraud.

Brockman, 80, contracted COVID-19 in December and was hospitalized a month later with acute prostatitis and toxic metabolic encephalopathy, according to a court filing Wednesday. The medical conditions caused his cognitive decline — the result of dementia, “most likely caused by Parkinson’s disease and Alzheimer’s disease” — to worsen, his attorneys wrote.

Follow-up visits with his primary care doctor, the neurologist treating him for Parkinson’s disease and Dr. Thomas Wisniewski, a neurologist at New York University who served as an expert witness for the defense at a competency hearing in November, “confirm that Mr. Brockman’s cognitive function has declined, and provide further support that he is incompetent to stand trial,” his lawyers wrote in the filing.

“In the alternative, at the very least, these latest events counsel in favor of an independent competency examination by neutral experts to assess Mr. Brockman’s present cognitive ability,” they wrote in the filing.

Brockman was indicted in October 2020 on 39 federal counts, including tax evasion, wire fraud, money laundering and evidence tampering, and pleaded not guilty. He stepped down from his role as chairman and CEO of dealership management system giant Reynolds in November 2020.

A competency hearing was held after his attorneys said he has dementia that is progressive and incurable and has made it difficult for him to retain and process information. Prosecutors, meanwhile, contend he has faked his symptoms to avoid prosecution.

Medical experts for both prosecutors and defense attorneys generally agreed in their testimony during the competency hearing that Brockman likely has Parkinson’s disease, though they differed on the extent of his cognitive impairment.

U.S. District Judge George Hanks Jr. has not yet ruled on Brockman’s competency. The issue only addresses whether Brockman can understand the case and assist with his defense to proceed to trial, not whether he was competent at the time of the alleged offenses.

Prosecutors had not filed a response to the defense court filing as of Thursday morning. The government declined to comment to Automotive News.

Brockman’s lawyers included a letter from Wisniewski in Wednesday’s court filing. Wisniewski examined Brockman by videoconference this month. He said Brockman did not recognize him, could not offer details about his medical condition and showed “severe impairment of memory and cognition,” according to his letter.

He added that Brockman’s “dementia has significantly progressed” since Wisniewski’s last evaluation, in October 2021, before the competency hearing, adding that “there is no expectation that he will recover cognitively.”

Separately, Brockman’s lawyers asked Hanks in a March 29 letter to schedule a time for oral argument in a civil case they brought against the government challenging the IRS’ jeopardy assessment related to what the agency says is $1.4 billion owed in taxes and penalties.

Brockman’s lawyers said in the letter that “the IRS is actively seizing and placing liens on assets belonging to Mr. Brockman, as well as assets belonging solely to his wife and other third parties” and that he is not moving to put his assets out of the government’s reach, despite its claims.

Government lawyers have called the IRS’ actions “reasonable and appropriate” in their own filings, citing allegations that Brockman has used offshore entities to conceal assets.

Hanks has not yet ruled in the civil case.