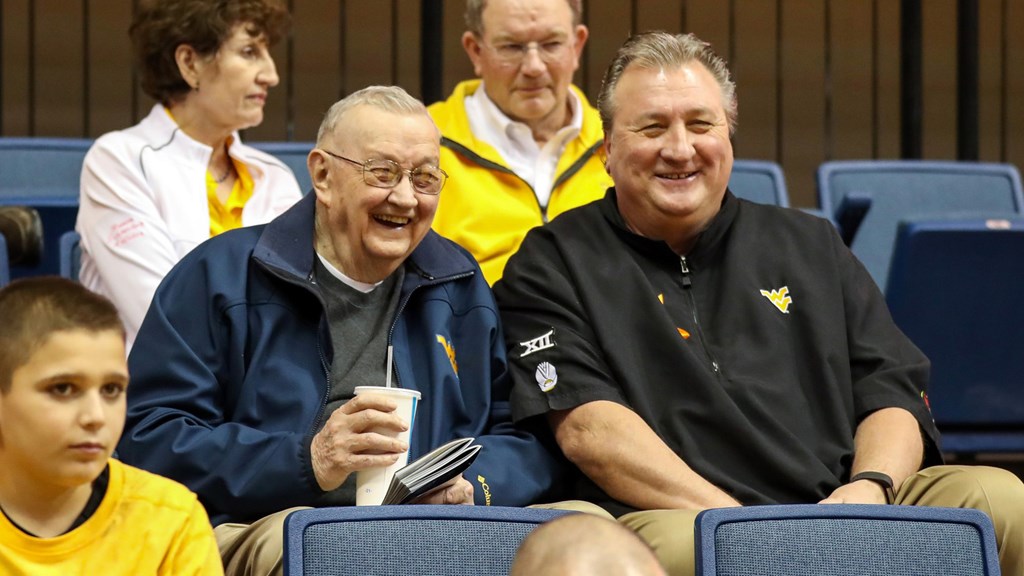 Charlie Huggins could best be described as a Hall of Fame boys’ basketball coach in Ohio, but in truth, that only begins to scratch the surface.

He was also a father of seven and raised his family on a teacher’s salary.

Huggins preached hard work and discipline to his children, and that also carried over to the teams he coached.

On the court, there were very few who matched Huggins’ success in Ohio.

He won three state championships, one with Strasburg in 1967 and two with Indian Valley South in 1972 and 1976.

He once held a 51-game winning streak, and Huggins amassed a career coaching record of 398-74 during 20 seasons.

Huggins was inducted into the Ohio Hall of Fame in 2016.

“The biggest thing I learned from my father was work ethic,” Bob Huggins once said of his father. “He worked so hard, he outcoached people. He did a great job of teaching and coaching.”

Charlie Huggins was born in Morgantown on Sept. 1, 1933, and he graduated from Morgantown High in 1951.

As a senior, Charlie Huggins was named to the all-tournament team at the 1951 state tournament, an honor he shared with former WVU great “Hot” Rod Hundley. Huggins was inducted into the Morgantown High Hall of Fame in 2008.

He played in four games at WVU in 1952, but the majority of his college career was played at Alderson Broaddus in Philippi, where he earned his degree. Huggins later earned his master’s degree from WVU in 1962.

Huggins was inducted into the Alderson Broaddus Hall of Fame in 1994.

Huggins moved his family from Morgantown to Port Washington, Ohio, when Bob Huggins was 9.

Not just for his coaching success. In 1969, Charlie and his wife, Norma Mae, opened the Eastern Ohio Basketball Camp, which instructed thousands of youths on the fundamentals of the game.

Charlie ran the camp, while Norma Mae cooked meals for the campers.

Norma Mae passed away at the age of 68 in May 2003, after a battle with colon cancer.

Bob Huggins played for his father at Indian Valley South. In 1972, father and son won a Class A Ohio state championship with a perfect 26-0 record.

“I’ve been around some great coaches, and I still think his way is the best,” Bob Huggins said.

Aside from coaching basketball, Charlie Huggins also spent one season as a high school football coach, and was also a successful high school track coach.

How commercial lobbying is corrupting our political culture | Lobbying

How commercial lobbying is corrupting our political culture | Lobbying

Tori Spelling: I’m Not Sleeping with My Husband These Days, Okay?!?

Got my documents ready to go