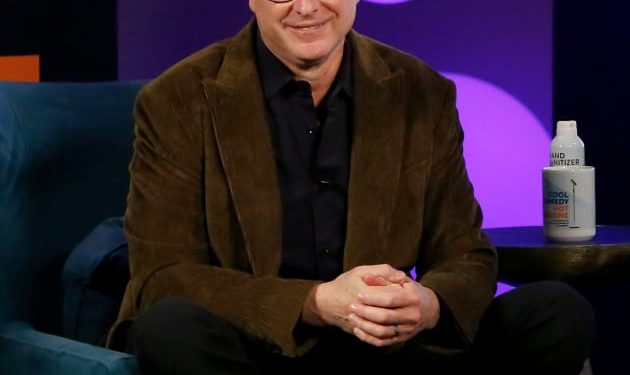 We have an extensive update on the tragic death of Bob Saget.


A day after the actor’s family announced the beloved comedian and actor had died from a brain bleed — after suffering a head wound prior to going to sleep last month — the Orange County Medical Examiner has released Saget’s official autopsy.


According to the report, Saget most likely fell backward and hit the back of his head, as authorities discovered fractures to both this area of his body, and also around his eyes, at the time of his death.


Saget was discovered dead in his Orlando hotel room on January 9 by a housekeeper after missing his checkout time.


He had just performed a stand-up set the night before in Jacksonville, posting a photo and a message on Instagram just a few hours before passing away.


“No drugs or alcohol were involved,” Saget’s loved ones emphasized in their statement on Wednesday night, adding:


“Now that we have the final conclusions from the authorities’ investigation, we felt it only proper that the fans hear those conclusions directly from us.


“As we continue to mourn together, we ask everyone to remember the love and laughter that Bob brought to this world, and the lessons he taught us all:


“To be kind to everyone, to let the people you love know you love them, and to face difficult times with hugs and laughter.”


On Thursday, meanwhile, the autopsy revealed the following facts about Saget:


Elsewhere, Saget’s autopsy stated that he had cardiomegaly (an enlarged heart), coronary artery atherosclerosis (damage or disease in the heart’s major blood vessels) and aortic atherosclerosis (plaque build-up inside the wall of the aorta).


We’ll never know exactly what caused Saget’s head injuries, but the coroner determined that this trauma was probably caused by an accidental fall backward.


The manner of death was also deemed an “accident.”


In the wake of Saget’s passing, tributes have been pouring in from all corners of Hollywood.


It’s evident few stars in the entertainment industry were more well-liked than Saget, who clearly seems to have simply been a very good and extremely nice person.


Members of the Full House cast, along with hundreds of others, were in attendance on January 14 when Saget was laid to rest in Los Angeles.


The actor is survived by his three adult daughters and wife, Kelly Rizzo, who wrote the following last month:


“I’m trying, really trying, to not think I was robbed of time. But instead to think: How lucky was I that I got to be the one to be married to THE MOST INCREDIBLE MAN ON EARTH/


“I was the one who got to go on this crazy ride with him and be in his life these last 6 years. We had that time to make each other the happiest we’d ever been and change each other’s lives forever.”


On Wednesday, Rizzo once again honored her husband on the one-month anniversary of his death by sharing a video montage of her and Saget enjoying food and drinks around the world.


“One month without this incredible man,” she wrote along with the emotional footage.


“Bob truly lived life to its fullest. He had so many hardships over the years that he would always tell me ‘look, life is hard, we need to enjoy it as much as possible.’


“And one of the best ways we did that together was sharing and exploring amazing food around the world.”


She concluded at the time:


“We were in our happy place together whenever we were out at a restaurant, hotel lobby bar, or even our own kitchen when I would try out a new creation on him.


“Experiencing simple pleasures in life like that brought him so much joy.


“I can’t even put into words how much I will miss this.”

Ready To Hit The Million-Dollar Mark? 9 Real Estate Articles To Show You How