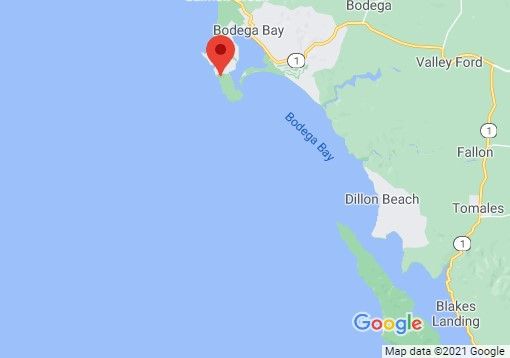 Two women died Saturday after a car they were in plunged over an ocean cliff in Bodega Bay and landed about 70 feet on the rocks below.

Dozens of people who were visiting the scenic overlook near at Bodega Head witnessed the Toyota SUV go down the cliff and land on its roof, Capt. Justin Fox of the Bodega Bay Fire Protection District said.

By the time firefighters and a deputy got down to the vehicle, the women inside had died, he said. Their names have not been released.

The cause of the crash was under investigation. California Highway Patrol Officer David de Rutte said investigators will look into several factors, including autopsy results, the vehicle and witness statements.

Biden to name immigration officials amid migrant uptick at border

Covid-19 brings wave of US tech entrepreneurs to Taiwan

“He Doesn’t Have to Ask Me Anything”: Rafael Nadal on Uncle Toni Joining Felix Auger-Aliassime’s Team

Choosing Where to Build Your Vegetable Garden in the Southern Plains

Two territories with few friends but each other