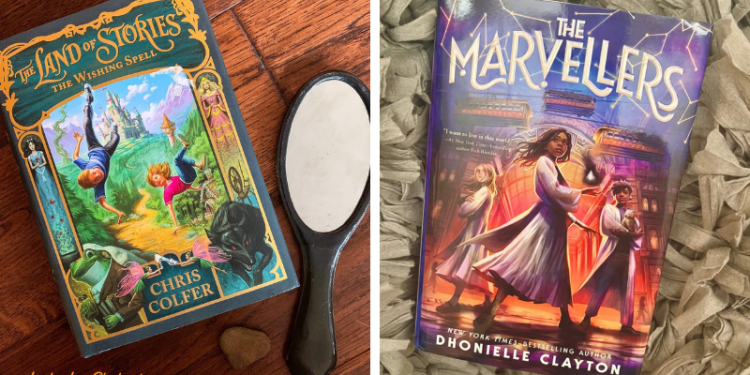 
Rick Riordan’s Percy Jackson series has found an enduring fan base among the tween set, and new devotees are sure to follow with the soon-to-come Disney+ series. Readers who can’t get enough Percy should find these reads—if not all similar in subject matter, similar to Percy Jackson books in tone and appealing characters—will sate their appetite for more adventure.

(Just a heads up, WeAreTeachers may collect a share of sales from the links on this page. We only recommend items our team loves!)

1. The Trials of Apollo: The Hidden Oracle by Rick Riordan

Some characters familiar to Percy Jackson readers pop up in this follow-up series from Riordan, which finds Apollo on a quest to regain his immortal status.

Buy it: The Trials of Apollo: The Hidden Oracle on Amazon

2. The Land of Stories: The Wishing Spell by Chris Colfer

The modern world meets the magical one in Chris Colfer’s series about a pair of siblings who find themselves in a fairy-tale land.

Buy it: The Land of Stories: The Wishing Spell on Amazon

3. The Marvellers by Dhonielle Clayton

This new series for tweens provides entry to a magical world that Percy fans will love. Main character Ella Durand gains acceptance at a magical school where students gain expertise in the magical traditions from other cultures; the excellent world-building will capture the curiosity of many young readers.

Buy it: The Marvellers on Amazon

A fast-paced quick read, this novel features a kid who, like Percy, is striving to come to terms with his origins and also like Percy, does so with humor.

Buy it: Weird Kid on Amazon

5. The Graveyard Book by Neil Gaiman

Much in the way Percy Jackson has lineage among the Greek gods, the hero of Neil Gaiman’s novel has an interesting upbringing—he’s been raised by ghosts.

Buy it: The Graveyard Book on Amazon

6. The Chronicles of Narnia Boxed Set by C.S. Lewis

C.S. Lewis’s classic series about a set of siblings who find themselves transported to a magical land via an enchanted wardrobe is a precursor to Percy Jackson but blends enough of real-kid concerns with fantastic problems and peril to enchant fans of that series.

Buy it: The Chronicles of Narnia on Amazon

7. The Jumbies by Tracey Baptiste

Great for readers on the younger side of Percy Jackson fandom, Tracey Baptiste’s Jumbies books introduce a middle-grade audience to Caribbean folk legends.

Buy it: The Jumbies on Amazon

8. Tristan Strong Punches a Hole in the Sky by Kwame Mbalia

From Rick Riordan’s own imprint, Kwame Mbalia’s Tristan Strong finds himself fighting alongside African American folk heroes as the fate of the world hangs in the balance.

Buy it: Tristan Strong Punches a Hole in the Sky on Amazon

A teenage brain fights off dangerous tech-expert fairies in the first book of Eoin Colfer’s thrill ride of a series.

Buy it: Artemis Fowl on Amazon

Percy fans will find similar humor and peril in Max Brallier’s series about a group of kids fending off zombies after the apocalypse.

Buy it: The Last Kids on Earth, Books 1-3 on Amazon

While not a similar story to the Percy Jackson books, Louis Sachar’s classic offers a similarly sharp main character and a fast-paced and humorous adventure.

Buy it: Holes on Amazon

12. The School for Good and Evil by Soman Chainani

Soon to be a Netflix movie, this series takes place in a school where fairy-tale characters learn how to play their roles.

Buy it: The School for Good and Evil on Amazon

Part of a trilogy from prolific middle-grade and YA author Korman, Masterminds features an independent and engaging protagonist on an adventure that upends the world he always knew.

Buy it: Masterminds on Amazon

Much as Percy’s adventures at Camp Half-Blood find him on new, sometimes awkward footing, Will, the lead in this comic novel, must get through a summer at a camp where no devices are permitted.

Buy it: Escape From Camp Boring on Amazon

Looking for more book lists? Subscribe to our newsletters!

Plus, check out 15 Kid-Recommended Books for Fans of ‘Diary of a Wimpy Kid.’ 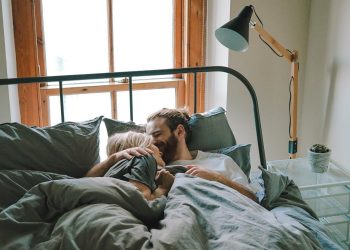